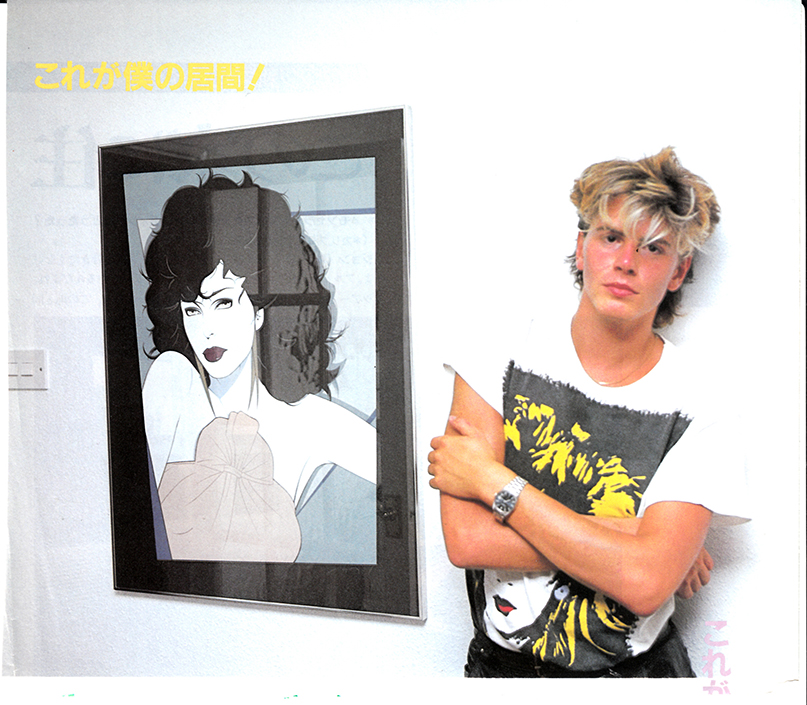 Continuing our birthday extravaganza from last month, let’s give JT his turn in the spotlight! in celebration of his big day, which was on June 20th, let’s take a look at some photos!

This image is from STAR HITS magazine, a US counterpart to the British magazine SMASH HITS, first published in February 1984. Although not owned by the same company, the two publishers had an agreement to share some content.

Here’s an image from No.1 magazine from the UK, from an issue released in mid-1984.

This image comes from the October 1986 issue of the US magazine ROCK STARS PHOTO ALBUM.

Here’s a pic of John from the July 1983 issue of Japan’s VIVA ROCK magazine.

This image is from a 1986 issue of the German magazine BRAVO, which has been publishing since 1956. This highlights a common issue that collectors face: undated images and articles.
Not all collectors keep notes about their sources. With items like this, a single page with an image on both sides but no other information, it may be impossible to cite where it came from.

Here’s an image from an October 1983 issue of UK magazine No.1. In its early days, No.1 had a reputation for exclusive, first-run images, and came out weekly, making it a formidable opponent to the reigning king of pop music magazines, SMASH HITS, which came out every two weeks.

This great shot from 1981 is by Fin Costello, taken at the Rum Runner club. Many photos from this session have been released. This particular image seems to be under-used, and appeared in an issue of the Japanese magazine MUSIC LIFE.

Here’s John playing live, from a 1984 issue of ROCK! Magazine from the United States.

This image of JT is from the September 20, 1985 issue of ANITA magazine from the Netherlands.

Finally, here’s a wonderful shot of John from the December 1983 issue of Japan’s VIVA ROCK magazine. These shots were exclusive and were taken when John and Roger went to Japan together to promote the band’s appearances in January 1984.