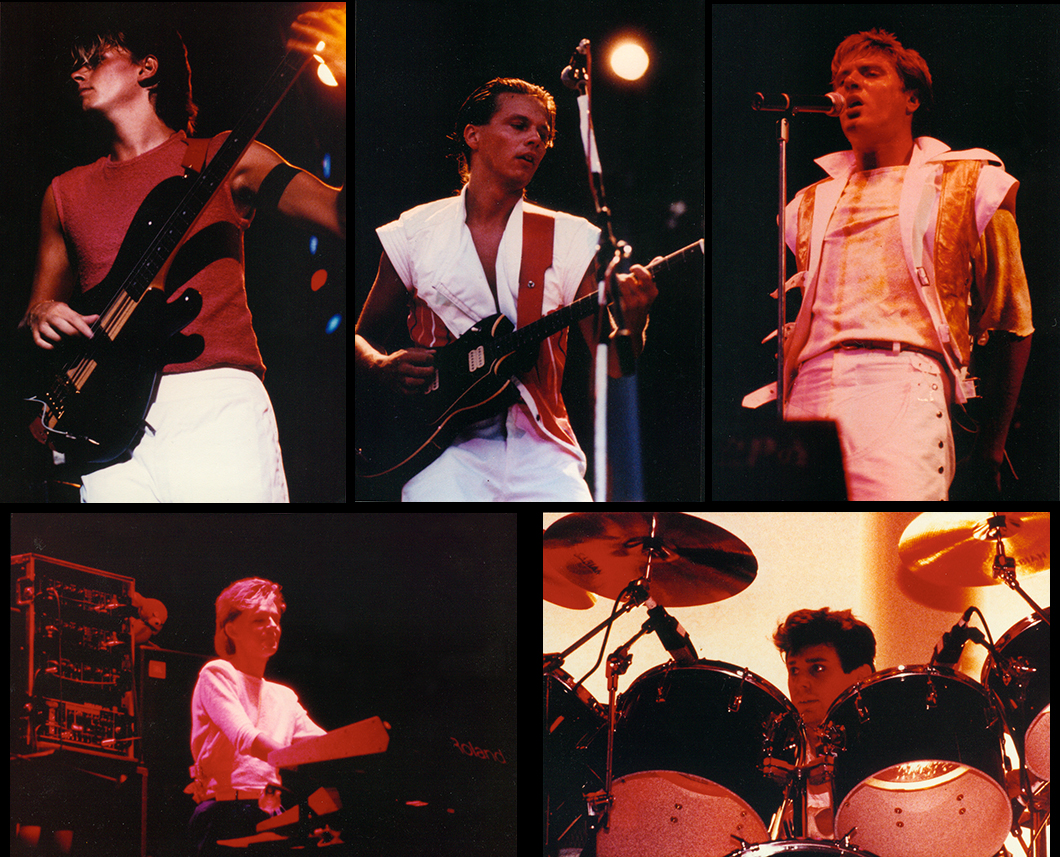 In the summer of 1983, Duran Duran were busy working on their third album. On July 23rd, however, they made time to play a one-off hometown gig for charity at Villa Park, the home of Aston Villa Football Club. This month we remember that special show, starting with these 2 adverts from the UK music press. On the left is the order form for tickets, which were eight pounds fifty and sold first via post. The later advert on the right promotes in-store sales.

The show was a benefit concert for MENCAP, a charity that still exists today and assists children with a learning disability. < https://www.mencap.org.uk/ >

There was a wide range of merchandise on sale, such as these two t-shirts, exclusive to this event.

As well, one of two badges available at the show.

The programme was lovely, custom-made for the event and featuring photos from the same series as the official 1984 calendar. Most programmes at the time were basic booklets, rather than a glossy folio containing individual pages. It also included info about the support acts.

A set of postcards was also on offer.

Here’s the merchandise sheet sent out to fan club members.

About a month after the Villa Park gig, John appeared on the cover of the team’s official programme for a match against Sunderland on August 29, 1983. This marked the first time a non player/staff member graced a programme cover!

These photos were taken by Dick Wallis, and the set is among others from the day that were sold via the fan club.

This fantastic commemorative patch first appeared on a Japanese merch sheet in late 1983.

Finally, if you’re looking for even more insight into the recording of SEVEN AND THE RAGGED TIGER, we recommend the new documentary UNDER THE VOLCANO, about Sir George Martin’s Air Studios in Montserrat. It features our very own Nick Rhodes alongside many others who shared stories of the legendary studio. Duran worked at Air between June 15th and July 18th 1983, before returning to the UK for a show for THE PRINCE’S TRUST at the Dominion Theatre on July 20th, and the show at Villa Park on July 23rd.

Did you attend the gig at Villa Park? We want to hear your stories on the band's socials. Perhaps you were fortunate enough to score one of these spiffy Duran Duran shopping bags!