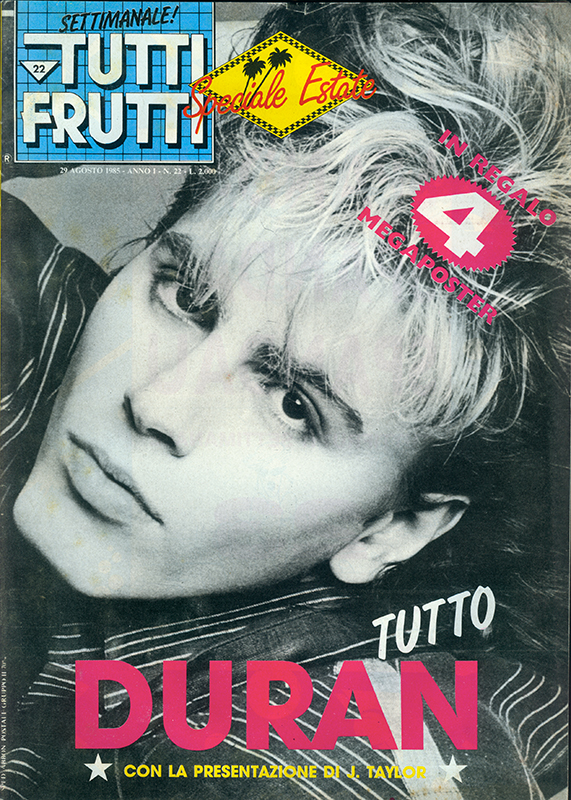 ON THE COVER OF A MAGAZINE

Picking up where we left off with magazine covers, we say a belated Happy Birthday to John Taylor, who long time readers might recall lost a vicious “8 comes before 20” fight with Nick Rhodes over the right to claim June. Now we can give the bass-man the birthday celebration he deserves!

Let’s dive right in with this issue of Smash Hits from August 1982.

John has appeared in BASS PLAYER magazine a number of times, and on the cover twice. The magazine was founded in the US in 1988 as a companion to the popular GUITAR PLAYER, and features articles on popular bassists, equipment reviews, and how-to information. John’s first cover appearance is from January 2008.

His second appearance on the BASS PLAYER cover was October 2015, just after the release of PAPER GODS.

This copy of RIO (magazine) from Japan is from March 1984.

Also from Japan, here’s an issue of ROCK SHOW from December 1981, one of the earliest Duran features in the Japanese rock press.

This photo from the October 1985 edition of Italian magazine TUTTI FRUTTI was from the famous 1984 session with the late, great photographer Francesco Scavullo.

In this issue of Japan’s VIVA ROCK from July 1983, John is pictured next to a Patrick Nagel print of Joan Collins, which was made at a similar time to the RIO cover painting.

Finally, to wrap up this months column and our belated birthday tribute to JT, the March 1984 issue of ONGAKU SENKA from Japan.

If you have a favorite cover shot we missed, share it on our socials!