Can you remember what this is? 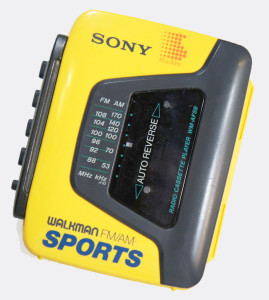 Every now and again, we look back at a format that time forgot. In true ironic spirit, this format was forgotten, remembered, and could very well be in the process of being brought back again. That’s right, the dreaded audio cassette tape! Here’s a copy of the band's first album (on cassette, natch!) from the UK.

Known as a tape, cassette, musicassette (MC), or compact audio cassette (CAC), the first audio cassette tapes were produced by the Philips Company of Belgium in 1962. These were intended to be used for dictation, but began being used for music as audio fidelity improved.

Cassettes work by passing a spool of magnetic tape across a play head that translates the recording on the tape into audio signals. Tapes have two ‘sides’, and many cassette players require you to take the tape out and flip it over to hear the second half of the recording. Here’s the cassette of RIO from the UK. 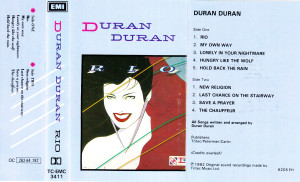 Cassettes went mainstream with the invention of the dashboard cassette deck in 1968. The next innovation was stereo sound, but more significant was the shrinking size of tape players. The pocket-sized Sony Walkman was introduced in 1979 and changed the way we listen to music, making the experience more personal and less often shared. Young people could listen to ‘their’ music whenever they pleased, no longer confined to the whims of parents in control of the family hi-fi. Here’s the cassette NOTORIOUS from Canada.

By the mid 1980s the Boombox took the world by storm and made cassettes even more popular at a time when vinyl was in decline. But the party was short lived, as compact discs began to be the format of choice for serious music lovers. Like all analog formats, audio cassettes wear out with every use. Cassettes contain numerous moving parts, and the very act of running the tape across the play head causes minute particles of the plastic coating on the tape to fall off, leading to sound degradation. Perhaps you’ve heard the unmistakable ‘warble’ when the same song has been played again and again! Here’s an advance promo copy of the cassette BIG THING from the USA. 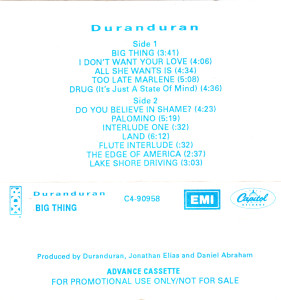 While CDs can be damaged with misuse, the audio quality never changes. A laser in the compact disc player ‘reads’ the binary information encoded on the disc and converts this to an audio signal, without ever touching the surface of the disc. With proper care, CDs can be used indefinitely. A cassette sounds best the first time you play it. It loses fidelity every time, and can, over time, become unplayable. Here’s a promo copy of LIBERTY from the United States. In the image on the left, the cassette’s J card is folded in a way that spells LIBERTY on the cover. The unfolded image is on the right.

By the 90s, magazines often included tapes, promoting both new and established bands. This tape from 1992 is from VOX magazine and features ‘Classics and rarities from the Parlophone vaults,’ including Duran Duran’s cover of the Cockney Rebel hit "Come Up and See Me (Make Me Smile)" which was previously released in some territories as the B-side of "The Reflex." 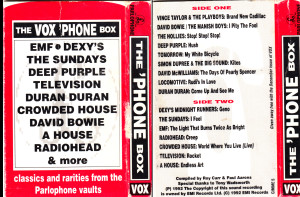 Even into the mid 1990s the tape was still clinging to life, lagging behind the now colossus CD. Many cars and trucks still had tape decks and labels knew there was still a market. Here’s a copy of the cassette THANK YOU from Canada.

As always, we’ve only touched on a few releases, and there’s some wonderful cassette singles that we will cover in the future. To keep you going until then, here’s a sealed copy of the cassette MEDDAZALAND from the United States and a preservation tip : store your cassettes with the blank part of the tape showing, and always rewind! 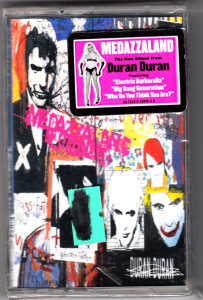