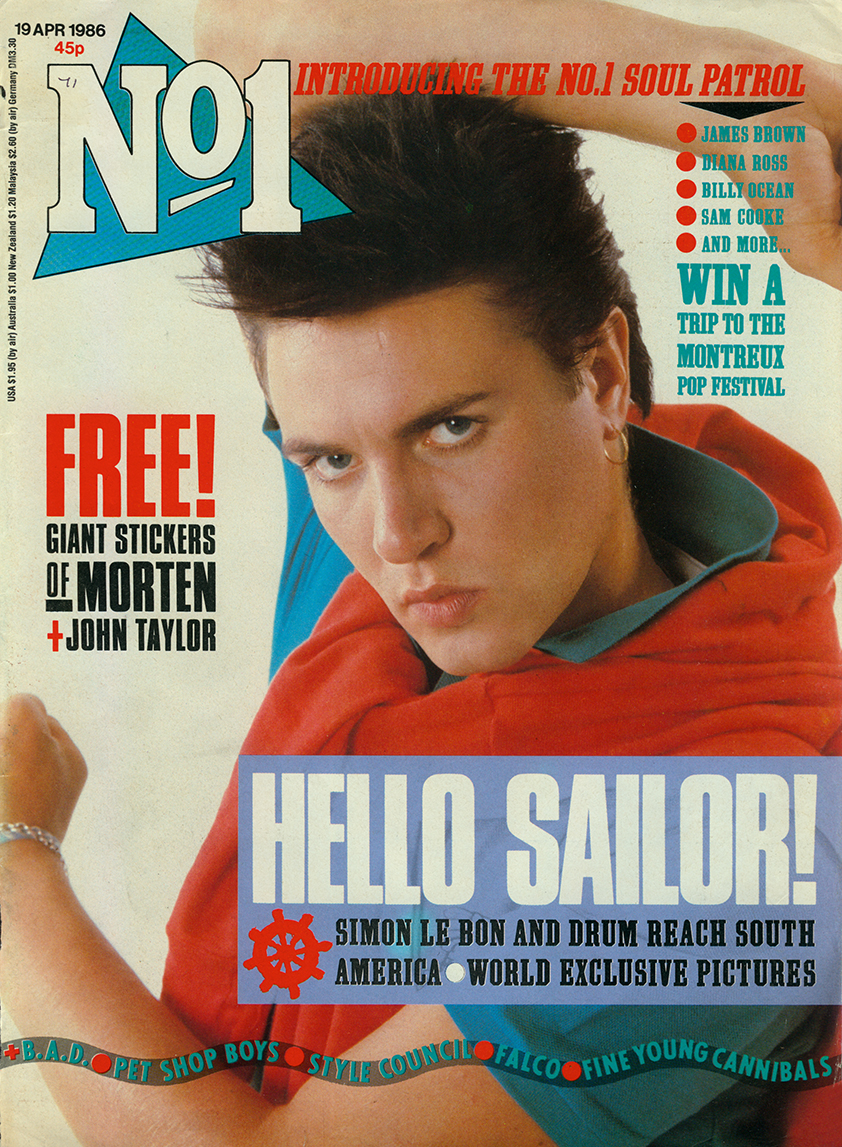 As avid CC readers may know, on October 27th, 1958 Simon Le Bon entered the world! To celebrate, we’re doing something a little different as we plumb the depths of the world of magazines. In honour of our frontman, we are only covering (get it?!) magazines where Simon is on the cover, starting strong in 1981 with the November issue of the British music, art, and fashion magazine, NEW SOUNDS/NEW STYLES.

SMASH HITS started in 1978 and ran until 2006, and was considered the go-to magazine for young people in the UK, so popular they launched Australian and US editions. Here's a copy from April 1-14, 1982

1984 was a fantastic year for Duran Duran in many ways, their rising popularity paralleled by a new age of teen culture revolving around music and music videos. MTV lit a spark in culture that led to many new magazines that tapped into this growing market. A unique entry in the field was MAX MAG. No ordinary magazine, it came as a this massive 22 x 32 inch fold out poster, with articles on one side and an image on the other, in our case Simon.

STARWEEK is a television guide from Toronto, Canada. This issue is from August 25th-September 1st, 1984. Collectables like this are often very rare, and international collectors might never know the item existed, as people commonly throw away the tv guide at the end of every week.

Here's an issue of No1. (number one) magazine from April 19, 1986. Number One was a British magazine that ran weekly from 1983 to 1992, a major competitor for the legendary SMASH HITS.

Simon shares his birth month with the 1988 album BIG THING, released on the 18th. So let’s end with this issue of TUTTI FRUTTI from December 1988. TUTTI FRUTTI was founded in 1982 and is one of the premier music magazines in Italy, featuring not just pop but a wide range of musical genres.