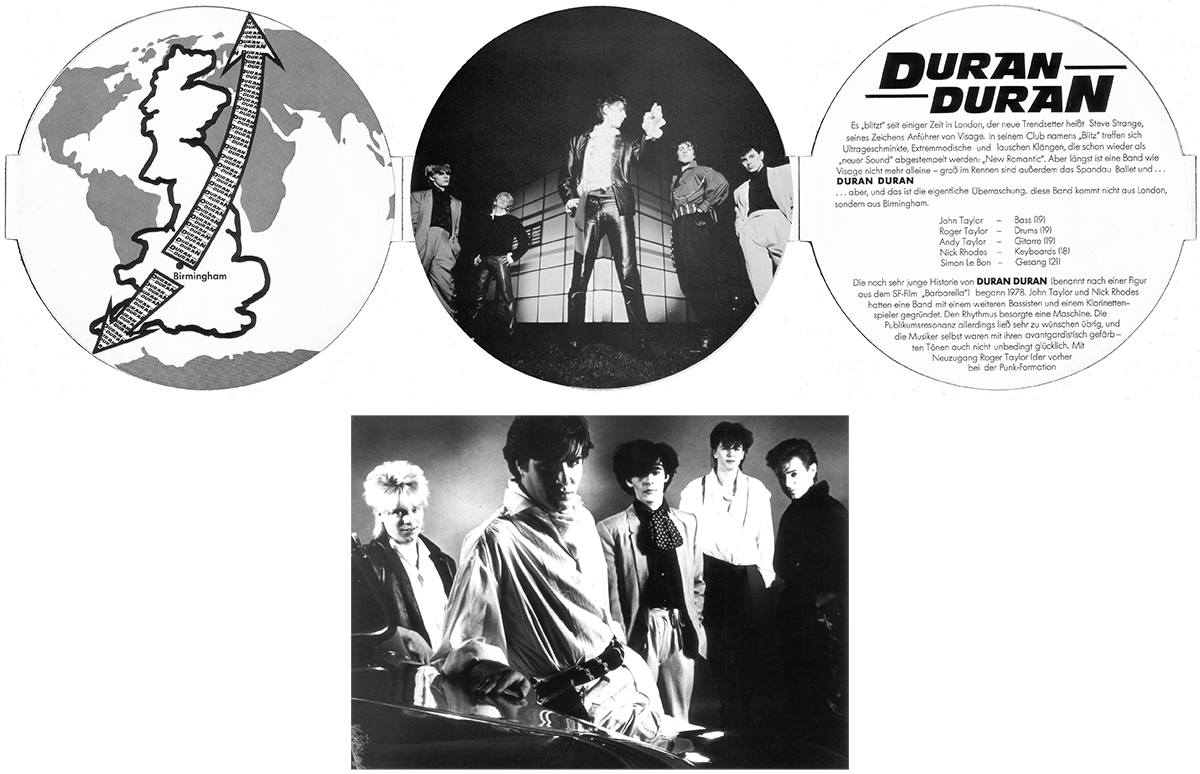 Germany has always been a wonderful place to find rare Duran Duran items. This month, we're going to take a deeper look into Deutschland.

In the 1980s, Electrola Records was the subsidiary label of EMI in Germany, and the Duran Duran releases from there are generally marked EMI-Electrola. This compilation LP from 1981 features "Girls on Film."

A small number of copies of the band's first album were sent out as promos by EMI-Electrola with this amazing round press release and a press photo.

The band toured Germany for the first time in October/November 1981. On their second tour, in the first week of October 1982, some of the gigs unfortunately had to be cancelled. The first image is a poster from the 1981 tour, and the second is from a cancelled show on the 1982 tour.

For many collectors outside of Europe, the DMM Mega Mixes might be the first German import they encountered, and it’s special for two reasons. First, this collection of songs is only available on this release. The second, more interesting reason, is that this record was manufactured with DMM (Direct Metal Mastering), which meant the records were pressed with a copper plate instead of the traditional lacquer covered aluminum plates, resulting in superior sound quality.

The German market had big love for the side projects as well. Both THE POWER STATION and Arcadia had a number of releases in 7 inch, 12 inch and album format. Here's the 12 inch for "Some like it Hot" and "Election Day."

"View to a Kill" didn't get a worldwide commercial 12 inch release, but it almost got one in Germany. This doesn't feature any remixes or unreleased material, but it does have a nice picture sleeve. This test pressing seems to be incredibly scarce and details such as how many were made are unknown. Here's a copy of the 12 inch sleeve, along with a test pressing of the vinyl, which was limited to a handful of copies before the release was cancelled.