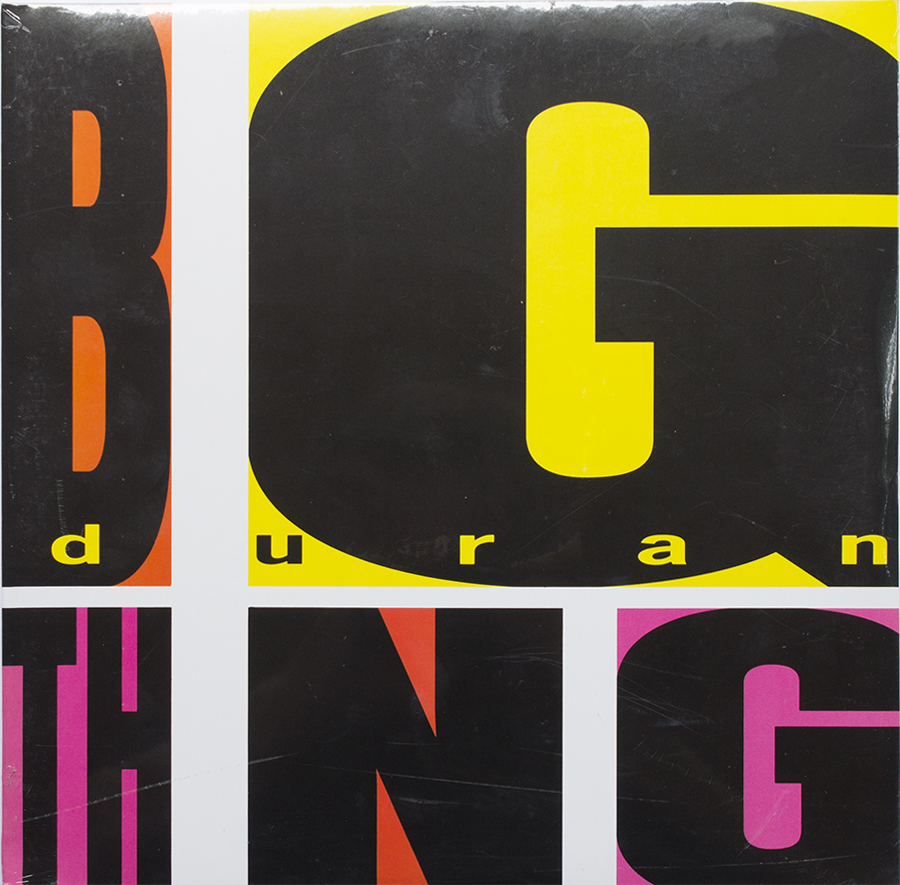 THIS IS HOW A ROAD GETS MADE

The first single, “I Don’t Want Your Love,” was released on September 19, 1988 in the UK and on October 15th in the USA across a variety of formats, including 7 and 12 inch singles, cassette singles and CD singles.

In the UK, this amazing promo box was sent out to a very limited number of media outlets. It featured a copy of the album on cassette and CD, a book with a discography, the UK and European tour dates, plus a badge.

Of course, the band toured to support the release. The Caravan Club tour consisted of eleven dates in the fall of 1988, and was significant for a few reasons: 1) All the venues were small clubs or ballrooms, a back-to basics approach compared to the stadiums of the STRANGE BEHAVIOUR. 2) Tickets were sold with very little advance notice and 3) you had to buy the tickets in person. All the shows sold out in minutes.

BIG THING's second single, “All She Wants Is,” was released on December 24, 1988. This ad is from the United States. Long time readers might recall we covered this single in the May 2016 Collector’s Corner. If you missed it, find it HERE And enjoy this sheet music, which wasn't featured in that column.

One of the most unique aspects of the BIG THING period was THE KRUSH BROTHERS. This pseudonym devised by the band was used to promote the music rather than the 'brand' Duran Duran (or misconceived notions of what the band was about). The KRUSH BROTHERS 'OFFICIAL BOOTLEG' promo CD was issued by Capitol Records in the United States and contains a unique edit of “The Edge of America/Lake Shore Driving.” The band also played some low-key club dates under this moniker in London and Paris in the winter of 1988.

Our next item is a special one, a promotional 12 inch single from Brazil featuring “Too Late Marlene” on both sides. One is 33RPM, the other 45RPM. This was not one of the songs chosen as a standard single, yet the people at EMI in Brazil chose to release it for their own market for radio and club play. Finding a nice condition copy of this rare record can be very difficult.

“This is How a Road Gets Made” is a spoken word poem that was featured across the single releases of “Do You Believe in Shame,” BIG THING's third single. Along with a second spoken word piece “GOD (LONDON),” “TIHARGM” was a departure not only for Duran Duran, but more importantly for Simon, who with these two pieces took his writing to new places. This 3 inch cd single from the USA features both poems, but is notable for “GOD (LONDON)” being censored with a beep.

John was always willing to refine and expand his style as a bass player, but until 1985 he was limited to the usual frills that our four string friends had become accustomed to. That changed with the KUBICKI EX FACTOR bass. While seeming like a standard 4 string bass guitar, this radical design features a latch on the E-string that allows the player to quickly 'drop tune' to D, lowering the instrument's range. JT first used an EX FACTOR with THE POWER STATION on SATURDAY NIGHT LIVE on February 16th, 1985, and the instrument was an important part of John's arsenal through NOTORIOUS, BIG THING and their accompanying tours. Over the years JT has owned and played many EX FACTOR basses, some of which have surfaced on the collector market. Be warned, if ever a bass purports to have been played or used by JT (or any other pro for that matter) make sure it has a full history and provenance of ownership.

And finally, this cool item was presented to an employee of the record company by the RIAA, or Recording Industry Association of America, which would have served as a thank you for the hard work promoting the album!