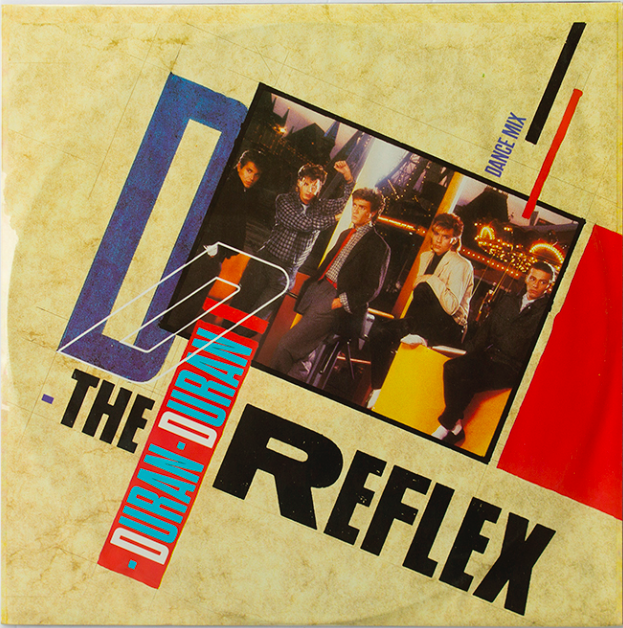 Australia has always been very kind to Duran Duran! Starting with the release of PLANET EARTH in 1981, which Australian fans pushed to number one, the band has had a special relationship with the land Down Under. Let's get stuck in and have a look at some items from the early years, some of which are exclusive to Australia. We'll start with two versions of the seven inch single of PLANET EARTH. EMI didn't anticipate the fans' demand and had to reprint with a different label.

The RIO tour started in Australia at Thebarton Concert Hall in Adelaide on April 15th, 1982. Three nights followed in Melbourne at the Palais Theatre on April 16th, 17th, and 18th, then a show in Brisbane at Festival Hall on April 20th and two shows at Hordern Pavilion in Sydney on April 21st and 22nd. Here's some artifacts from that tour.

One of the rarest collectibles worldwide is the Australia-only RIO RADIO SPECIAL. This promotional vinyl copy of the RIO album featured exclusive intros to each song by Nick and John. When the album was released in Australia, EMI sent limited copies out to selected media outlets. Most copies have a sticker on the front cover. However copies are known to exist with no sticker. So if you find yourself browsing the racks in an Aussie shop, keep an eye out for it.

Often EMI Australia would just use press materials copied from the UK originals, so seeing Australia-specific items is rare. One nice exception is this press photo, which would have been sent out to journalists and media people in spring 1982.

For many Aussie fans, SEVEN & THE RAGGED TIGER holds a sentimental spot in their hearts. The band put the final touches on the album at Studio 301 in Sydney before starting their SING BLUE SILVER tour with a run of dates in Canberra, Sydney, Brisbane, Melbourne, Adelaide and Perth in November 1983. Here's one of the shirts that was sold on that tour.

One of the more interesting items from this era is a vinyl double pack. For a limited time, EMI offered a free 12 inch of THE REFLEX with the album. The two records were shrink wrapped together and finding a still-sealed copy is quite difficult.

This gold record is an exciting and super rare item. It would have been given to selected staff at the Brisbane station RADIO 10. It reads: "PRESENTED TO RADIO 10 IN APPRECIATION OF THE OVERWHELMING SUPPORT GIVEN TO DURAN DURAN. EMI RECORDS. DECEMBER 1983."

Sheet music was always very popular in the Australian market. Often, the issue looked the same as the US one, but one common difference is the layout. In this case, the US and Australian issue use the same photo but different layouts and fonts. In the photo, the Australian one is on the left, and the USA issue on the right.

Australia currently has a population of 23 million people, but in 1983, only 15 million. Compare that to the American (236 million) and UK (56 million) populations at the time, the Australian music buying audience was tiny. Collectors will find that even stock issues of singles and albums in Australia exist in far lower numbers than their American and British counterparts.

Of course time didn't stop in the mid eighties! There are plenty more cool items from Australia and we will look at them sometime in the future.

[Editor's Note: We are expecting 'but they didn't tour Australia' comments on this Collector's Corner, but please keep in mind the band really, really, really wanted to.]