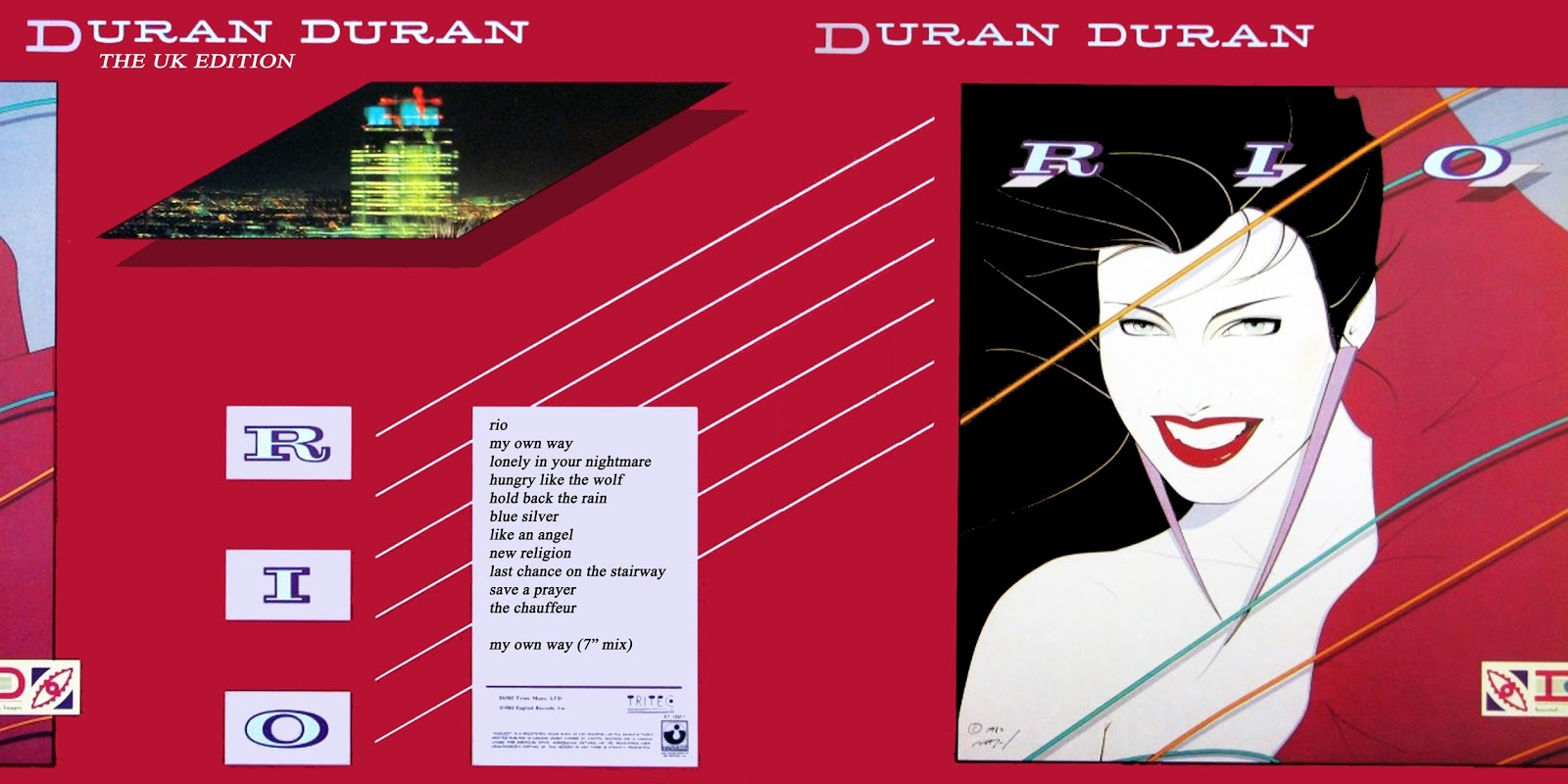 May 10, 2017 marks the 35th anniversary of the release of the album RIO, so to keep the celebrations rolling, this month let's have a look at some of the great items from this classic era. And what an item to start with, this oversized UK store display. This is in 3 pieces and the main piece is over 1m sq (3sqft).

"Hungry Like the Wolf" was released in the UK on May 2, 1982, and its success paved the way for the album release and world tour. Prior, MY OWN WAY had come out as a single, back in December 1981, in a version that is different from the one that would appear on the album!

At time of RIO's release, the guys were on tour in Australia and Japan, playing sold out dates to an ever growing audience. These ads are for the Australian tour and the album's release in Japan.

Although the album did quite well in a lot of countries, it had trouble catching on in the United States and Canada the way it had in the UK, Australia, and Japan. Capitol, the label in North America, decided to remix the record to suit American listeners and RIO was re-issued over the next year no less than 3 times. The label advertised in the music press to widen the band's reach.

The band felt the key to their US success would be making sure as many people as possible could see their live show. This led to a summer criss-crossing the US and Canada, playing all types of venues. In August 1982 they supported Blondie on 13 dates, the largest audiences Duran Duran had played to at that point. The show at Toronto's CNE on Aug 18th, 1982 was the largest, at just over 50,000 people.

Fortune started to smile on Duran Duran in the US when a new all-music video channel called MTV started playing "Hungry Like the Wolf". Many viewers went Duran Duran crazy, while those who didn't have the channel remained in the dark. This promo photo shows a visit to the station made by Simon and Nick.

The album's next single, "Save a Prayer," was released in August of 1982. The band toured Europe in September. Here's a UK advert for the release of the single.

We can't forget the title track of the album, which had two release dates: in the UK on November 1st, 1982, while EMI Australia had already released the single by August! Here's the Australian promotional seven inch.

By the end of the year, Duran Duran had started to make a real impact in the USA. They finished out the year playing a run of UK shows, something that would become a tradition for the band. 1982 is the year many fans first came to love Duran Duran. Do you have photos or a story to share? We would love to see it on our social media channels!