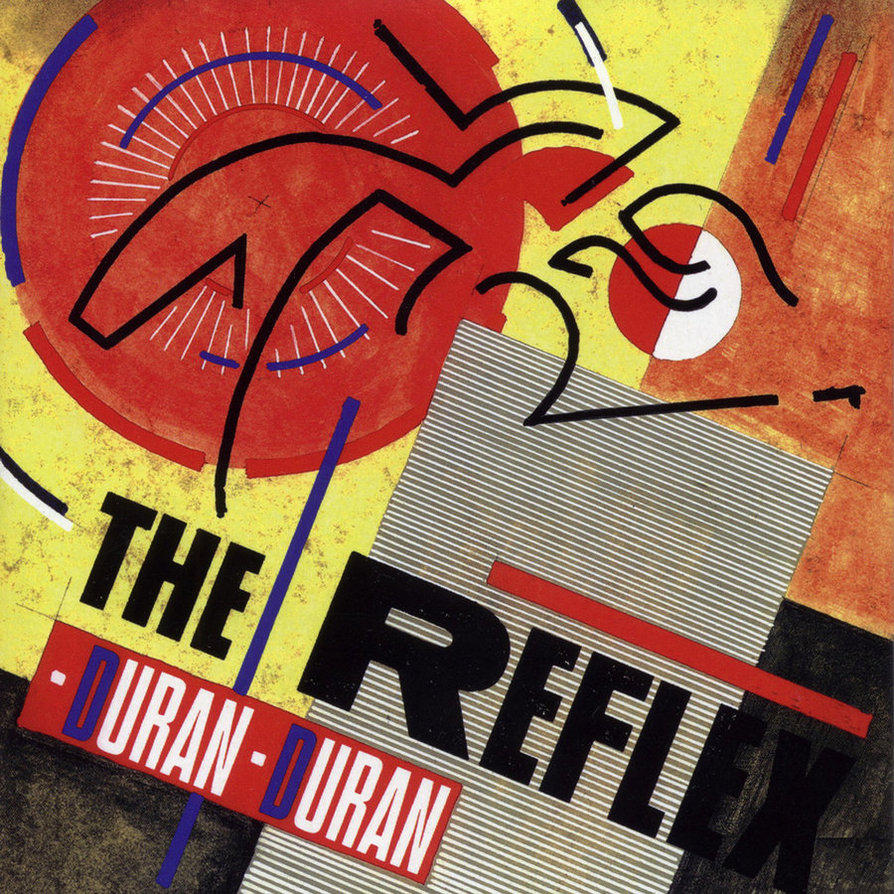 DANCING ON THE VALENTINE

"The Reflex" was the third single taken from the band’s third album, SEVEN & THE RAGGED TIGER. After being re-mixed by Nile Rodgers, the track was released in April 1984 after the singles “The Union of the Snake” and “New Moon on Monday.” In nearly every corner of the world, "The Reflex" was a big hit for the Duran Duran, and it became their first #1 single in the USA [and 2nd in UK].

For collectors, this was great news as well because EMI and Capitol released many different formats of the track. Not only were different sleeves issued in several countries, but also different b-sides!

Interestingly, “Make Me Smile” was played again in the live sets during the 2005 ASTRONAUT World Tour, much to the surprise of the cheering crowds.

Within Europe, there were some interesting differences between the several “Reflex” pressings: two different German 7” sleeves exist, one regular and one hyping the fact the song hit no. 1 in the USA, UK and The Netherlands. Further, the Italian 7” has “New Moon On Monday” as the b-side, since this track was never put out as a single in Italy. And in the UK, the single was available in a regular paper sleeve as well as in a poster sleeve with several different labels!

The Philippine release of “The Reflex” deserves a special mention of note: The 12” comes in two variations; while both have the same tracklist, the sleeves are different. The ‘regular’ version is a stickered die-cut sleeve and the special one showcases a full coloured picture sleeve advertising the single as “Make Me Smile” instead of “The Reflex”! Not surprisingly, this particular item is very rare and hard to find.

Of course, 12”s with extended dance mixes (also mixed by Nile) were released as well, and each territory was given a different picture sleeve and track listing.

Beside the black vinyl 12”s on both sides of the Atlantic, the popular-in-the-1980s picture discs were also put out. Not only were they collectible then, they still are! If you haven’t got any of the “Reflex” picture discs in your record collection, you still can buy some online from record stores and/or eBay.

Make a selfie with your copy of any format of “The Reflex” and upload it on our Facebook page! We’d love to see it!