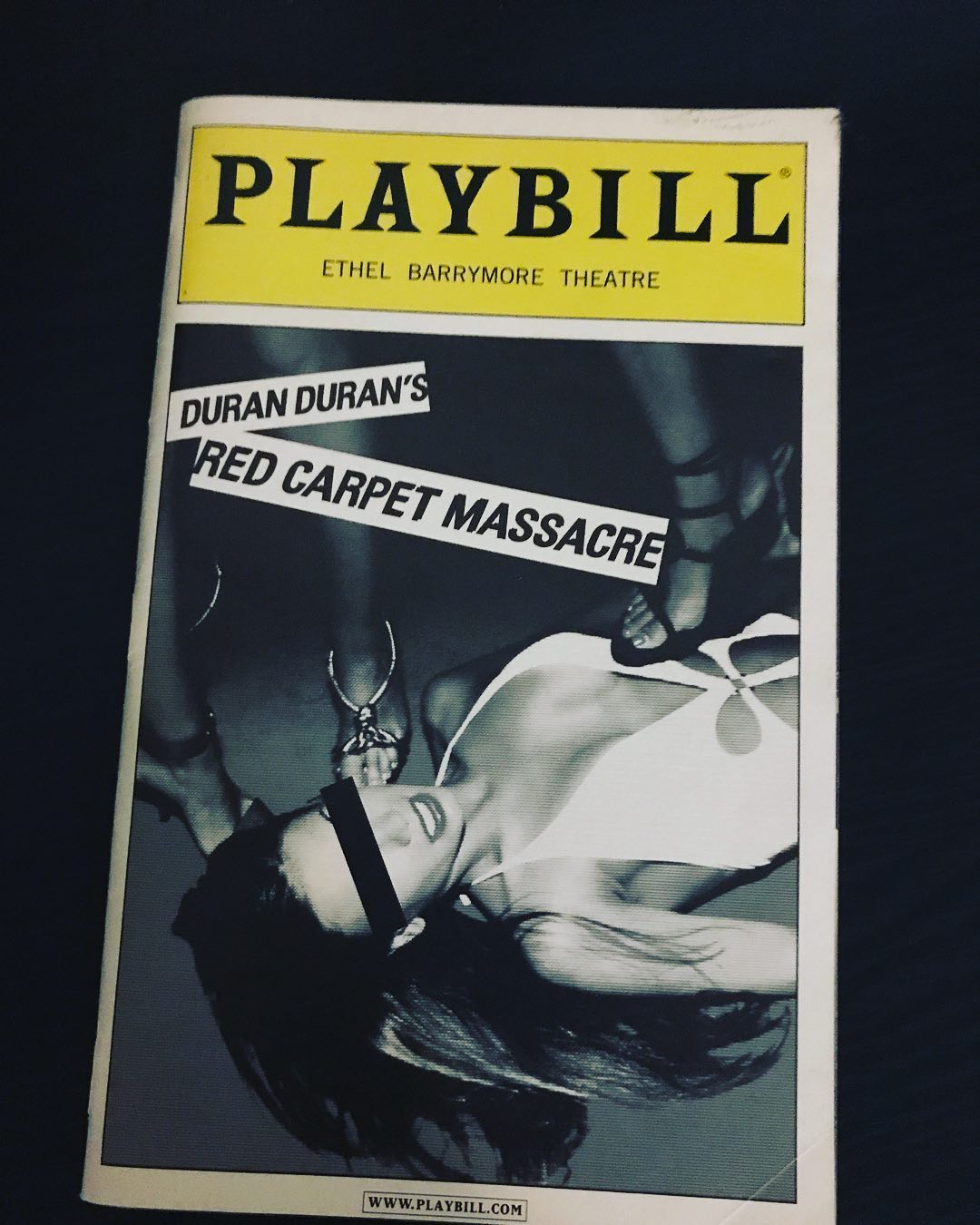 Duran Duran's twelfth studio album, RED CARPET MASSACRE, was released in the USA on November 13th, 2007 and on November 19th, 2007 in Europe. There was a standard CD release and a deluxe edition, which contained additional artwork plus a DVD with a documentary on making the album, and the video for the song "Falling Down."

As always, Japan offers a little something extra for their marketplace, where the CD of the album included the bonus track "Cry Baby Cry," and was released on December 5th, 2007. The first pressing came with the same bonus DVD, but with Japanese subtitles added, and a book with the lyrics in both English and Japanese.

The RED CARPET MASSACRE tour started with two warm-up shows in Connecticut at the end of October 2007. Things really got going in November with DURAN DURAN'S RED CARPET MASSACRE ON BROADWAY, a run of shows at the famous Ethel Barrymore Theatre in New York. These shows were notable for the band playing the entire new album, as well as the now legendary 'electro set' of classics and covers re-worked into a Kraftwerkian medley, and a 'greatest hits' set which was different on every night. Although a labour relations dispute involving theatre stagehands caused the show on November 10th to be cancelled, the band worked very hard to arrange the final two shows of the run, which took place at the Roseland Ballroom on November 12th and 13th. Of course, the best thing for collectors about a run on Broadway is commemorating it with a playbill, and here it is (written by "Ask Katy"!)

The tour continued through the end of 2007 with dates in the United States, Argentina, and the UK. The first half of 2008 saw dates in the USA, New Zealand, Australia, Indonesia, Philippines, Japan, Hong Kong, Korea, Costa Rica, Canada, and the Bahamas. On June 10th, 2008 , Duran Duran became the first band to ever play at the Louvre Museum in Paris. More shows followed in the UK and Europe, with a jaunt to South America and further dates in the USA and Canada to wind down the year.

In 2009 Erika Records released a limited edition vinyl version of RED CARPET MASSACRE, containing two red vinyl records, a gatefold sleeve and a deluxe twelve-page book. This proved to be very successful with collectors, and the two thousand unit pressing sold out quickly.

There is, of course, far too many RCM goodies to cover in one column, so keep stopping by as you never know when we will revisit this album. Here's a RED CARPET MASSACRE keychain, which came in a few colours. Check in and tell us which ones you have and where you got them!