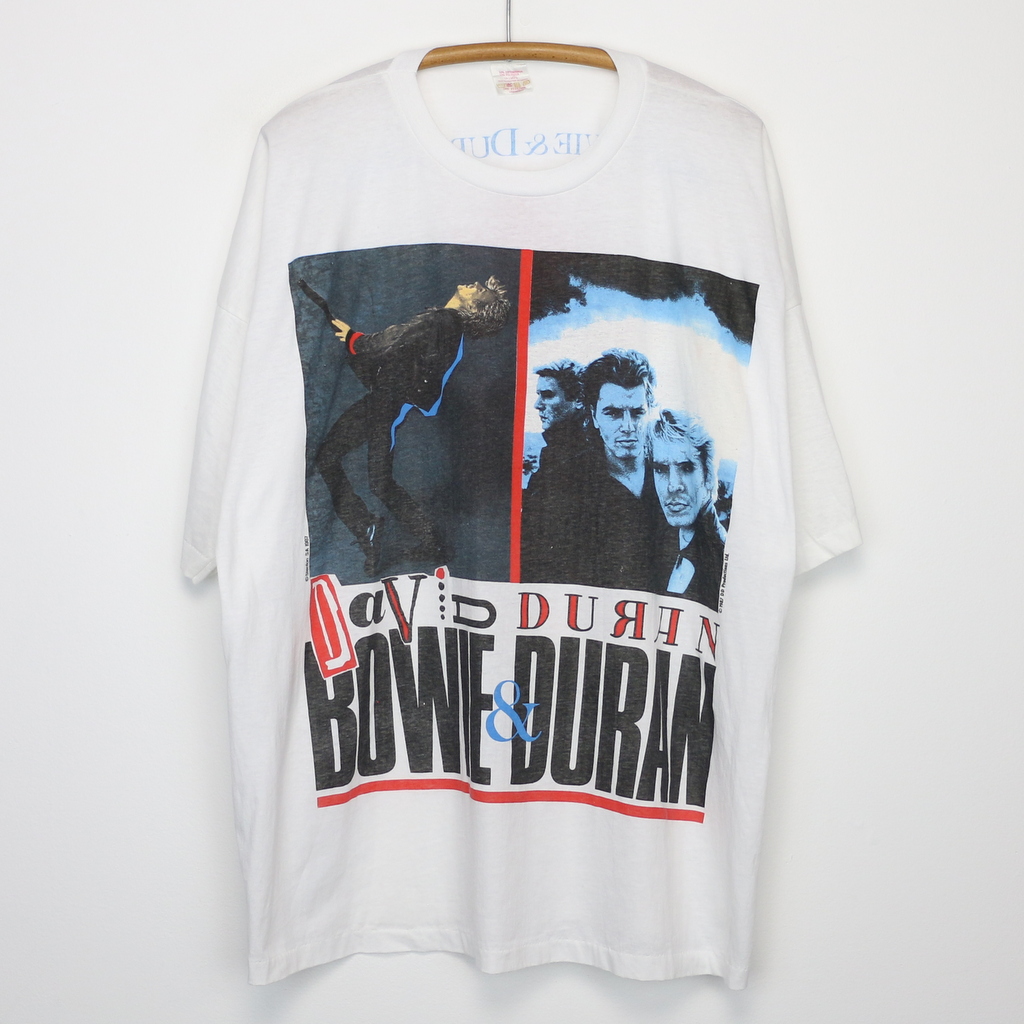 THE WORLD SPINS SO FAST

2016 will be remembered as a tumultuous year for the world, but a very exciting one for Duran Duran. THE PAPER GODS TOUR continued with over 50 shows across the world. Simon did some wonderful charity work for the BLUE MARINE FOUNDATION , who work to save our oceans, and Roger and John recorded a download-for-donation single for ROAD RECOVERY, assisting at-risk youth. In November, Duran Duran were awarded the ASCAP GOLDEN NOTE AWARD which celebrated the band’s body of work and prolonged global success.

To launch us into 2017, here are some of the better items DDHQ acquired this year, starting with this Manhattan Cable Guide from August 1984.

For all of Duran Duran’s good times in 2016, there was no bigger loss than the passing of our friend and hero, David Bowie. One of the band's fondest memories is of the shows they played with David in 1987, a once-in-a-lifetime fusion of THE STRANGE BEHAVIOUR TOUR and THE GLASS SPIDER TOUR. Here's an advertisement for the show in Minneapolis, MN on August 20, 1987.

Watch out friends, this next one might be NSFW! This limited edition laminated pass from the 1983 tour was only given to band members and top level tour management, and very few still exist.

Another cool 'get' - on the middle legs of THE PAPER GODS TOUR, Duran Duran played some shows without Nick, and MNDR temporarily stepped in. This is her setlist from BLUESFEST in Ottawa, Ontario on July 16th, 2016.

Finally, here's some artifacts from the last show of the year, December 31st, 2016 at the MGM National Harbor in Maryland. For this special night, the set times were adjusted for the countdown to the New Year. John's bass tech, the very cool Bernie Guerra (the DD VIP Fan Community did a Q&A with him), had this special pick made just for the night.

The set list was also a little different for this special night.

No PAPER GODS TOUR live experience is complete without the blast of confetti during PRESSURE OFF, though the size, shape, and color of the confetti has varied.

Have you had the opportunity to have the confetti rain down on you on THE PAPER GODS TOUR? If not, you'll have some chances coming in 2017. Check the band's tour page online for the most up to date news!