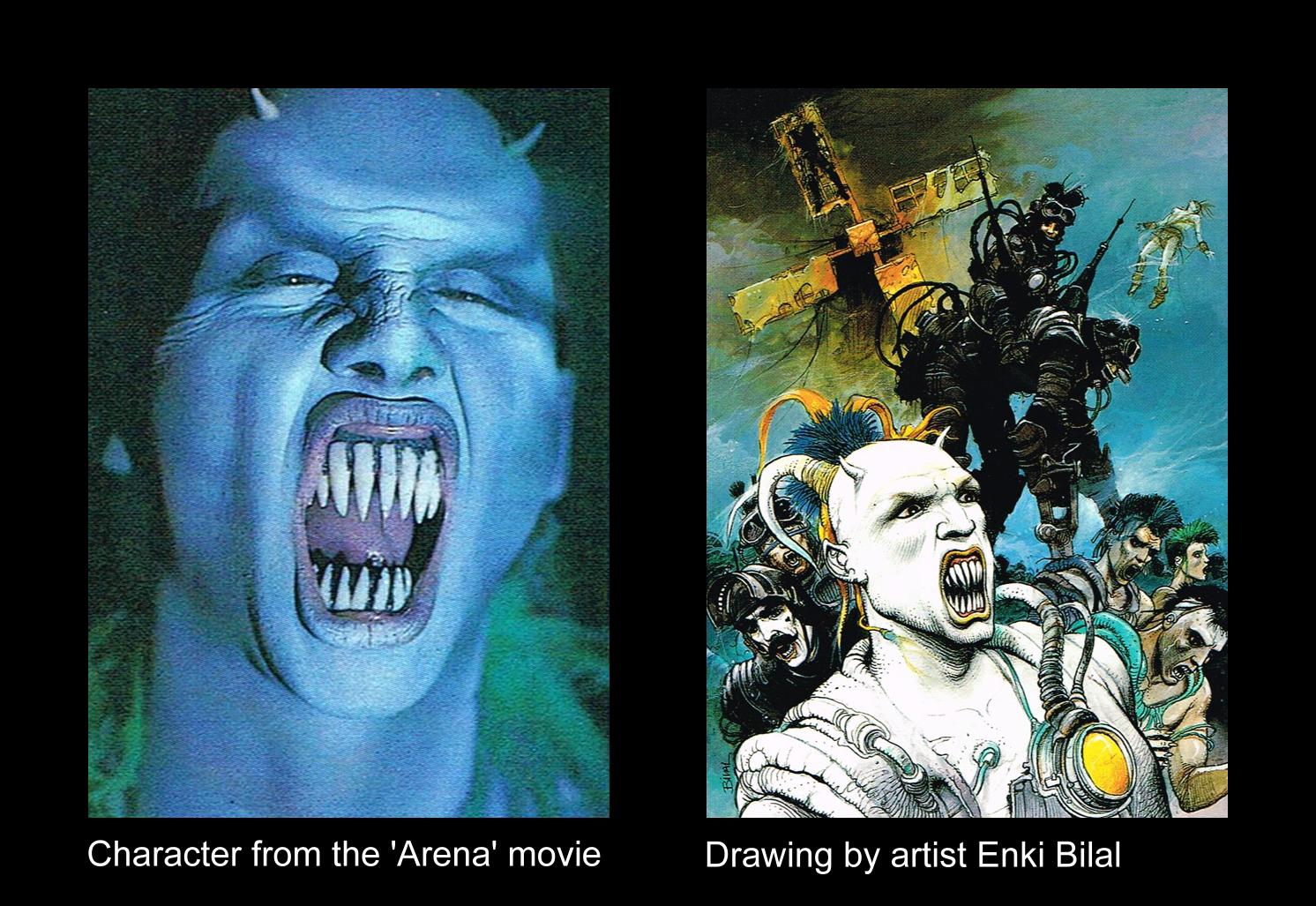 PAPER GODS has been unleashed, and part of the excitement is sorting out the icons features on the artwork. All the art comprises a collage referencing the immense visual history of Duran Duran, placed on Alex Israel’s 2012 painting “Sky Backdrop.” Let’s let these icons connect us to some great collectors’ items from the past.

We all recognize the smile from Patrick Nagel’s RIO cover art. There are a few really rare items from the RIO era, but there are a couple to keep your eye on, such as:

The promo packages from Australia and Italy, sent out in 12 inch blue envelopes.

The promo LP from Uruguay in a blue sleeve [and is a true gem if found in mint condition.]

The 7” of ‘Rio’ from South Africa, the burgundy colouring on the UK picture sleeve replaced by a bright pink colour.

The ice cream cone comes from the 1995 single “Perfect Day” from the THANK YOU album. Some rare promo items from that time are worth a mention. The album version of the song was released in France as a one sided promo 12” and the one-track UK promo CD single with red printing was manufactured in the UK but used for promotion overseas.

The fangs were drawn by Enki Bilal for the ARENA movie. The video and book are a must have for every Duran fan, but much harder to find are copies of the original drawing! Bilal issued a limited edition (numbered and signed by the artist) some years ago.

The cocktail glass and the pink telephone are featured in the video for “Rio.” With winter just around the corner, finding one of these vintage RIO tour scarves from 1982 could be the perfect fusion of function and style to keep you warm while dreaming of summering on a boat!

The sumo wrestler is from the iconic video for “Girls On Film,” directed by Godley and Creme. Probably the rarest item from this release is the notorious green translucent 12” from Colombia, featuring the Night Version of ‘Girls on Film and ‘Faster Than Light’ as the B-side. This promo release is hard to find in any condition.

The black dancer in silhouette is taken from the video for “Skin Trade” directed by Peter Kagan and Paula Greif. 1986 and 1987, Capitol USA issued some nice promo singles from the NOTORIOUS album, like the title track on 7” and 12” on clear vinyl, a 7” promo for “Skin Trade” on clear red vinyl, and the 7” for “Meet El Presidente” on white vinyl.

The art of PAPER GODS contains many more references to Duran Duran’s history: the driver’s cap, the white shoe, the space shuttle …Let us know on facebook to what these refer to!!!