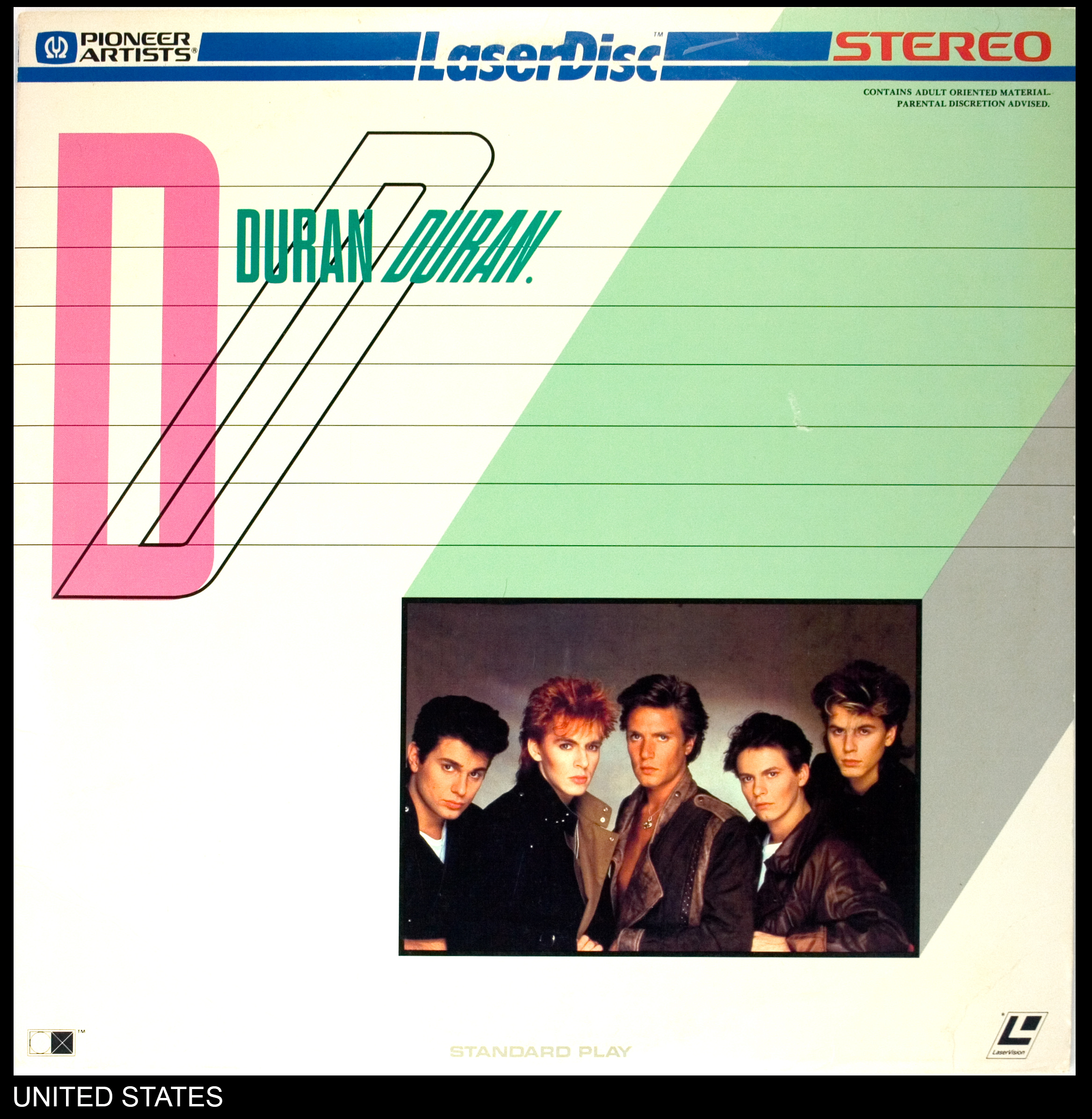 THE FORMAT THAT TIME FORGOT

Do you know what this is?

This arcane customer is a LaserDisc. Most popular in the 1980s, LaserDiscs or LDs are a double-sided disc based video format predating CDs and DVDs. Typically 12 inches/30 cm, they also came in 8 inch/20 cm and 5 inch/12 cm. CLV-format discs held 60 minutes of material per side and offered rudimentary pause functions, while CAV held only 30 minutes but offered still frames, slow motion and other effects.

The first Duran Duran LD appeared in 1983. Early adopters of LDs could see for themselves the difference in video and audio quality, between the standard North American VHS resolution of 240 lines and a single audio track, and the LaserDisc’s 425 lines and multiple digital audio tracks. With the ability to store additional selectable stereo tracks, the ‘director’s commentary’ was born.* https://en.wikipedia.org/wiki/Television_lines

Like so much technology of the time, Japan drove LaserDisc innovation. By the mid 1980s the anime craze was starting to boom, driving Japanese companies to develop products that gave loyal consumers the sense of getting the most for their money. Until LaserDiscs, ‘extras’ on a video usually meant trailers for other films, and anything that came before the main program was likely to get fast-forwarded. LaserDisc allowed for multiple files and could include not only trailers but tv commercials, music videos and more.

LaserDisc struggled to compete with much cheaper videotape formats and its acceptance worldwide was mixed. In North America, there was a small enthusiast market that grew through the 1980s as people became more interested in the idea of 'home theatre', but Japan was by far the largest supporter of the LD technology, making it the source for the best and rarest Duran Duran LaserDiscs.

The late 80s was a vibrant time for music video on LaserDisc and Duran Duran was lucky enough to have all of their major video tape output released on LD. That includes later releases like WORKING FOR THE SKIN TRADE, 6ix by 3hree and DECADE.

The final Duran Duran release on LD was EXTRAORDINARY WORLD, as by the mid 1990s the LaserDisc had been upstaged by the smaller and cheaper DVD.

There are many other old and forgotten audio and video formats, so keep checking back. We'll cover some of them in future installments!