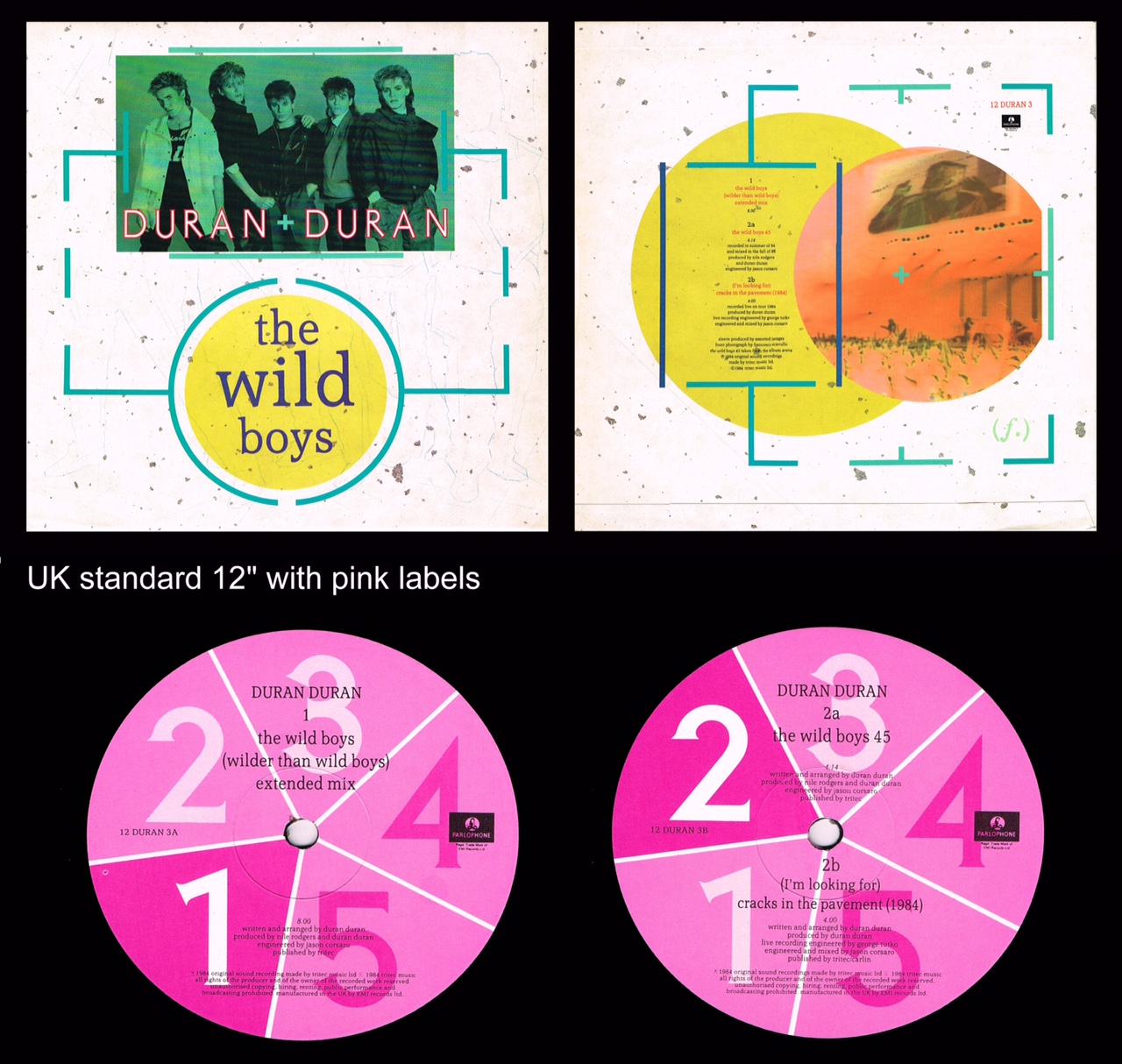 "The Wild Boys – Reckless and so hungered..."

Shortly after the band wrapped up their 1983/84 Sing Blue Silver World Tour they began writing sessions for their next album. However, this wasn’t just an ‘album,’ it was a vision – a musical and visual project, that the band hoped to launch with director Russell Mulcahy, The album, which was to be called ARENA, was huge, a risk and most of all... It wasn’t done before.

As we know, the best laid plans often go astray, and the original concept of ARENA changed, leaving “The Wild Boys” - based on the novel ‘Wild Boys: A Book Of The Dead’ by William S. Burroughs - as the only studio cut on what would turn out to be an entirely live record.

“The Wild Boys,” produced by Nile Rodgers, was released in October 1984. The song was accompanied by a video - directed by longtime collaborator Russell Mulcahy - that reflected a dystopian universe of the future. It was big, it was loud, it was cutting edge. The song went to the top of the charts and was in heavy rotation on MTV all over the world. A second video for the ‘Wilder Than The Wild Boys Extended Remix’ was made as well, clocking in at almost 8 minutes.

Beside being a terrific track, ‘The Wild Boys’ was a boon for collectors.

In the UK, no less than seven different versions of the single were released. Beside the standard 7” and 12” records, there were also five 7”s put out in limited quantities, each with a different band member on the sleeve. The five collectible 7”s were released over the course of five consecutive weeks in the Fall of 1984.

Collectors who searched a little deeper may have also come across some cool promos. An interesting one is the numbered 12” promo, having only a label on the A side, which is different than the commercial pink one.

“The Wild Boys,” which was the band’s 12th commercial single, was released in so many different countries, there are loads to collect.

Additionally, a new format was being tested at the time – the CD Video.These discs could hold audio as well as video files. In 1986, EMI decided that "The Wild Boys" would be a great ‘test’ release for this developing format. The CD Video had the audio for the tracks “The Wild Boys” and “Rio,” as well as the extended video for the song.

The late nineties brought forth two more releases of “The Wild Boys” worth mentioning: promo singles sent out with the marketing of the band’s GREATEST album. One of the singles was released in Spain and had the “ASAP & PM Project Remix” of “The Wild Boys” and the other originated from Belgium with the “4 On Da Floor Remix.”

What’s your favourite version of this Duran Duran single?