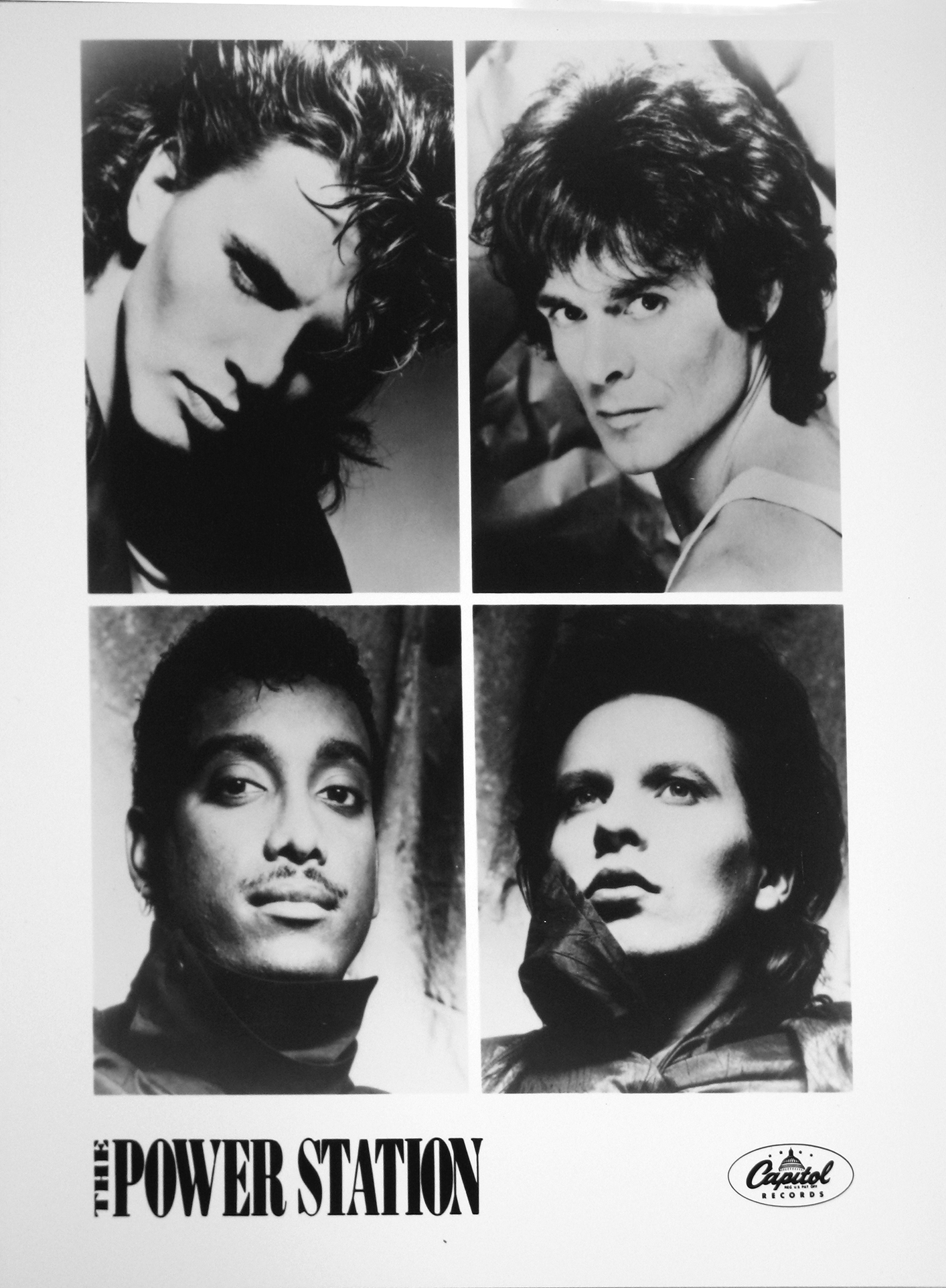 FOR THE LOVE OF MUSIC

Summer 2015 marks the 30th anniversary of THE POWER STATION tour. Let's take a look behind the scenes.

In the summer of 1985, Duran Duran was still on hiatus, but the members of the band were having no trouble keeping busy. Nick, Simon and Roger were still in Studio de la Grande Armee in Paris working on what would become Arcadia's SO RED THE ROSE. John and Andy had been promoting the POWER STATION album which had come out in March, but both had always intended PS to be a live band, and they wanted to hit the road.

The band was formed, in part, to shine a light on drummer Tony Thompson, who along with Nile Rodgers and Bernard Edwards, was a member of CHIC, one of Duran Duran's biggest influences. Despite their string of solid gold hits, in 1985 most of the members of CHIC were still unknown to the general public.

There was nowhere TT liked to be more than behind his kit on stage, and John and Andy’s desire to tour was something he looked forward to. After the good buzz of their appearance on "Saturday Night Live," they decided that a summer tour of North America would be in order.

Robert Palmer didn't join the tour as he was working on his forthcoming album (also produced by Bernard Edwards), RIPTIDE; in addition, he had never really seen his role as a touring front-man. In came Michael Des Barres, a musician/actor with a lot of touring experience. His band DETECTIVE was signed to Led Zeppelin's Swan Song label, and he co-wrote the song “Obsession,” which was a massive hit in 1984 for the band ANIMOTION. After he was approached and met with John, Michael made his debut with Power Station ten days later on stage at Live Aid. Talk about an opening gig! [For more on the very interesting career of Michael Des Barres, there is a documentary playing the Festival circuit called WHO DO YOU WANT ME TO BE? that features an interview with John among others.]

The POWER STATION tour ran from June 30th to August 28th, with many of the dates supported by a rotating cast of stars of the day, including Paul Young, OMD, Nik Kershaw and even Duran's old pals Spandau Ballet. Nick Rhodes himself put in a cameo at the final show, disguised as a janitor sweeping the stage before the encore. When confronted by JT he revealed himself and then entertained the crowd playing the broom like a guitar. John would later return the favour by appearing in the Arcadia video, “The Flame.”

Frank Olinsky, who worked on the album art, was once again brought in as the graphic designer of the tour merchandise. There was a multitude of t-shirt styles as well as a superb spiral-bound gloss black tour book.

There is one item from the Power Station canon that's a massively hard-to-find-amazing item! One of the most rare POWER STATION collectibles has to be the promo hot sauce. This gem was sent out by Capitol records and due to its consumable nature, not many mint, sealed examples exist.

While the tour was a success, the Power Station was not able to capture the magic again after they went their separate ways. They did re-form, once with John and once without, but the projects never had the same type of success. Sadly, Bernard Edwards died on April 18, 1996, Robert Palmer died on September 26, 2003 and Tony Thompson died on November 12, 2003. All three gave unselfishly of their talents and they are loved and remembered.