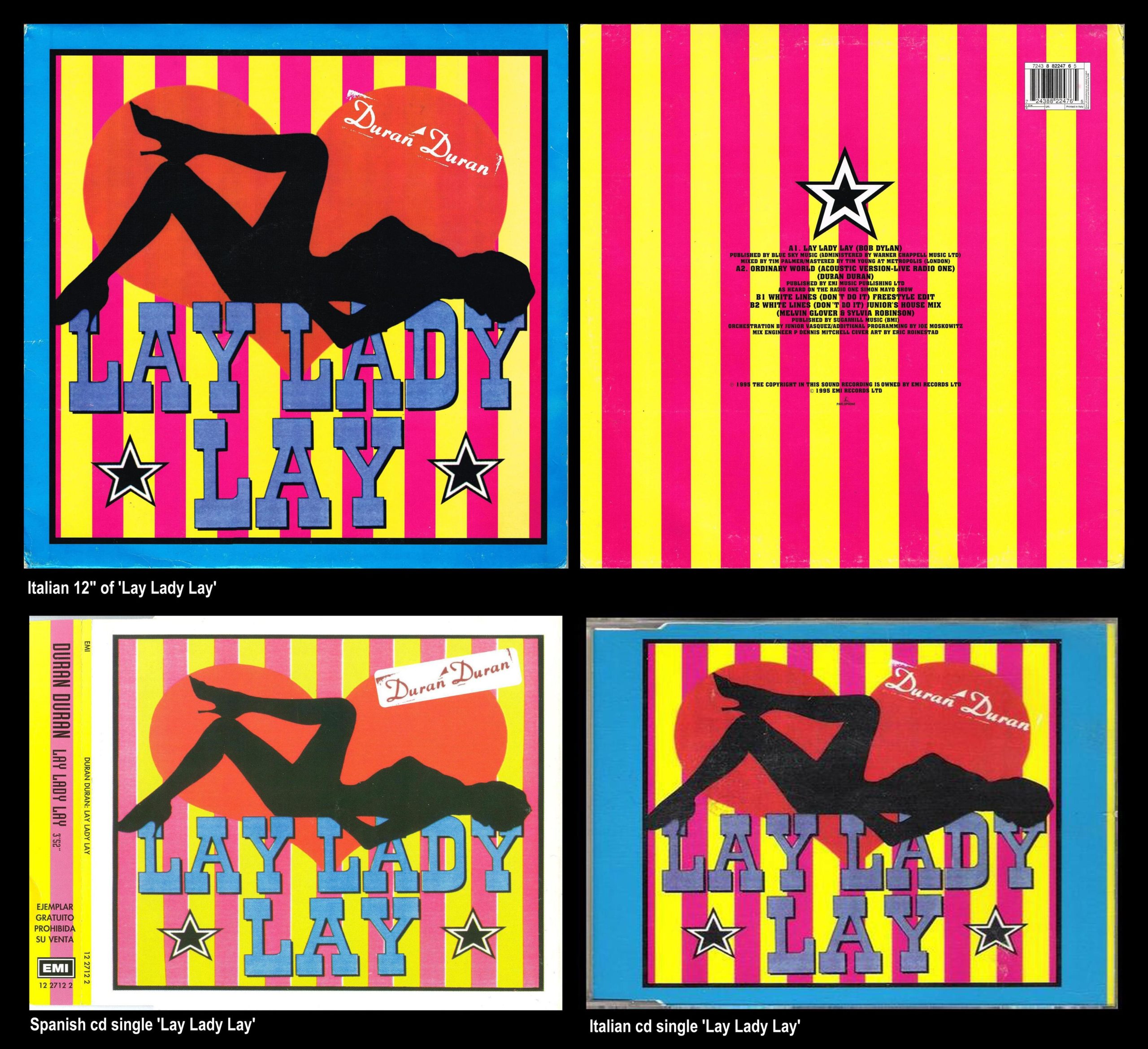 Promotional releases, while not typically available to the general public, are very common among Collectors. Before the digital age, these were sent out to radio stations so DJs would play the track, as well as to newspapers and magazines for reviews.

Not surprisingly, some of the rarest Duran Duran promos are from the beginning of the band’s career. One of the first promos ever issued was “With Compliments,” which was released in the Netherlands and Portugal. The design was adapted from their debut album and contained the album versions of ‘Planet Earth’ and ‘Careless Memories’ and the Night Version of ‘Planet Earth’ (labeled as Special Disco Mix). “With Compliments” is still a very sought-after piece for Collectors.

The same goes for a promotional 12” from Japan called “New Romantic” which has Duran Duran’s ‘Planet Earth’ on one side and a Kraftwerk track on the other side. These kind of combined promo records were very common in Japan and in the early 80s, several Duran Duran tracks have been released this way.

If you’re collecting side-projects, the rarest Arcadia promo record would likely be the Spanish 7” of ‘El Diablo’. This single-sided piece of vinyl was released in 1986 and is very rare. To find a copy without any writing or damage would be an extraordinary find!

Moving forward, the success of 1993’s THE WEDDING ALBUM brought forth a few rare promo CD singles. These are ‘Breath After Breath’ from the UK and ‘Femme Fatale’ from France. In a rare instance, “Femme Fatale” was also available commercially in France.

Another popular release is from 1995, the cover of Bob Dylan's “Lay Lady Lay” from the THANK YOU album. This track has been released on CD single in Spain and Italy. In Italy it was even pressed onto 7” and 12” in very low quantities. A copy in mint condition is not only high on Collector’s lists, but also very expensive.

Other promotional releases worth mentioning are ‘Playing With Uranium’ and ‘The Sun Doesn’t Shine Forever’ from POP TRASH, ‘Nice’ from ASTRONAUT and ‘All You Need Is Now’ and ‘Leave A Light On’ from ALL YOU NEED IS NOW. Any of these promos would be a very nice addition to your collection.

For a serious Collector, it is almost a sport to find the most beautiful copy of a title for as little money as possible! Sadly, that is rarely the case, especially regarding older promos. When a title is offered, a Collector must weigh buying it or waiting for one in better condition - knowing it’s possible the item won’t come around for sale again any time soon. More often than not, the Collector prefers to own the item in a lesser state than not having it at all!