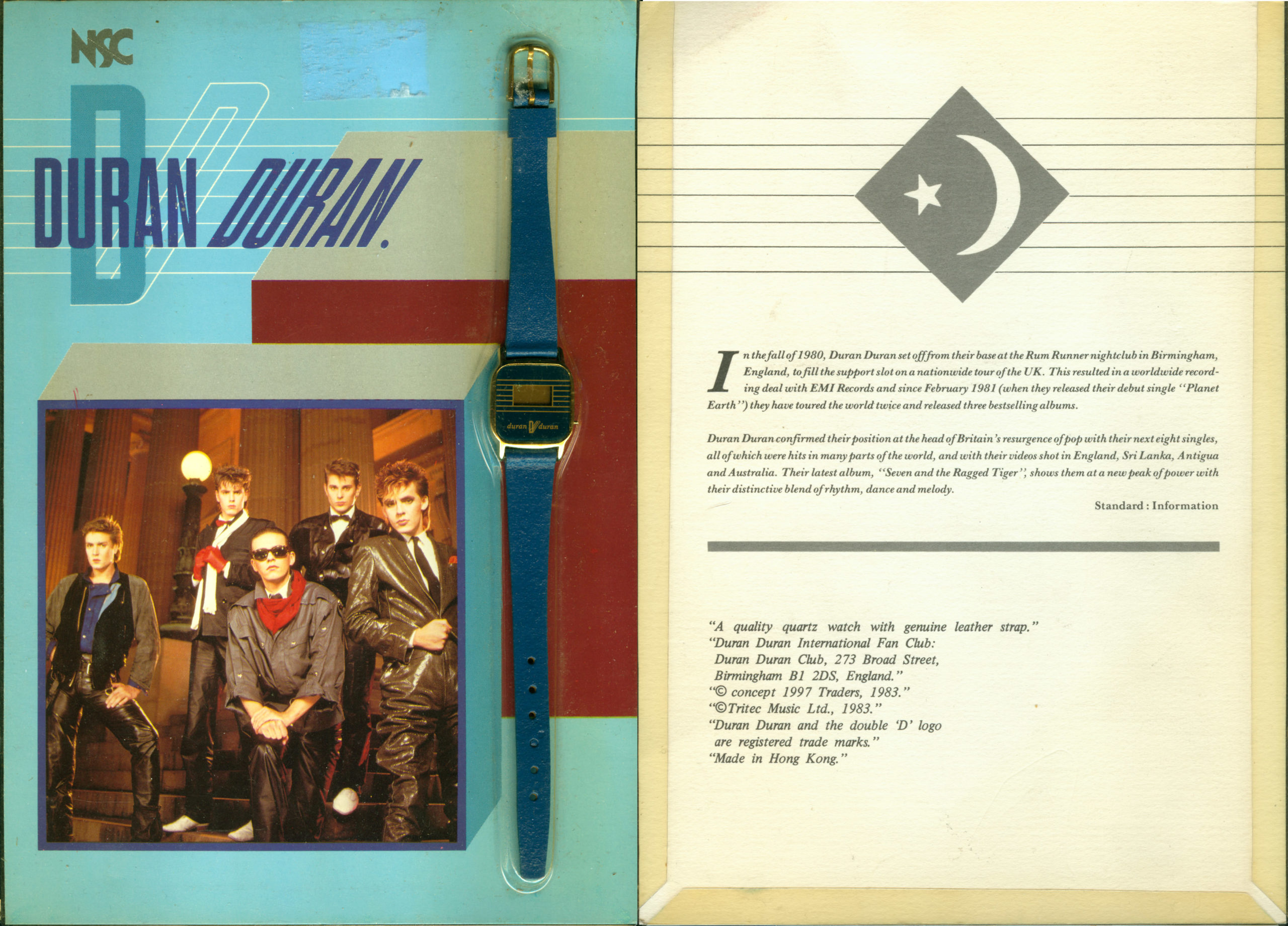 DURAN DURAN'S PAGEANT OF THE TRANSMUNDANE

Sometimes the world of collecting Duran Duran can lead away from the beaten path of records, magazines and posters. As you'll see, there are some spectacular items out there that defy classification!

Let's start strong with one of the strangest: this Duran Duran condom was sold on the 1993 tour, for concertgoers who wanted a little more bang for their souvenir buck. These don't come up for sale too often, so if you see one, insist on “Mint in Package”!

The next two items are for the savviest collectors looking to push their boundaries beyond typical memorabilia. Fans of the RIO video might have noticed JT reading a comic book.

The comic in question is Charlton's FIGHTIN' ARMY Issue number 157 from April 1982. That would be a pretty cool item to have in your Duran Duran collection, don't you think?

Another item that made many fans and collectors curious was this t-shirt owned by John Taylor in 1983.

Inquisitive fans may have discovered the outstanding film for which the shirts were made. THE OSHIMA GANG refers to the cast and crew of MERRY CHRISTMAS MR. LAWRENCE, starring David Bowie (yes, that David Bowie) and Japanese musician Ryuichi Sakamoto of the legendary group Yellow Magic Orchestra (YMO), and filmed by celebrated Japanese auteur Oshima Nagisa (大島 渚). While in Australia in 1983 John traded a journalist for the shirt and it became a staple in his wardrobe.

The dawn of cross-marketing through massive licensing deals was an exciting development for collectors in the mid 80s. By then, Duran Duran had become so popular that they started to defy traditional marketing and worked with companies not normally associated with music. One of the most memorable of these was the board game giant MILTON BRADLEY.

The INTO THE ARENA board game was released in 1985 and still stands as one of the most desired Duran collectibles. Owning a mint-in-box sealed copy of the game is a goal for nearly every serious Duran collector.

Another wonderful mid eighties crossover is this Duran Duran quartz digital watch, made in Hong Kong by NSC.

Last but not least, a truly unusual item from the United States: This Duran Duran corkscrew was made by Capitol Records in 1982 to promote the RIO album. This was very limited, made before the band became globally popular, and are very hard to find.

With a new deal with Warner Brothers, and PAPER GODS coming in September, collectors can hope for some creative new items very soon. You never know if the swag in the Duran Duran Fan Community GOLD package will be a collectible soon....