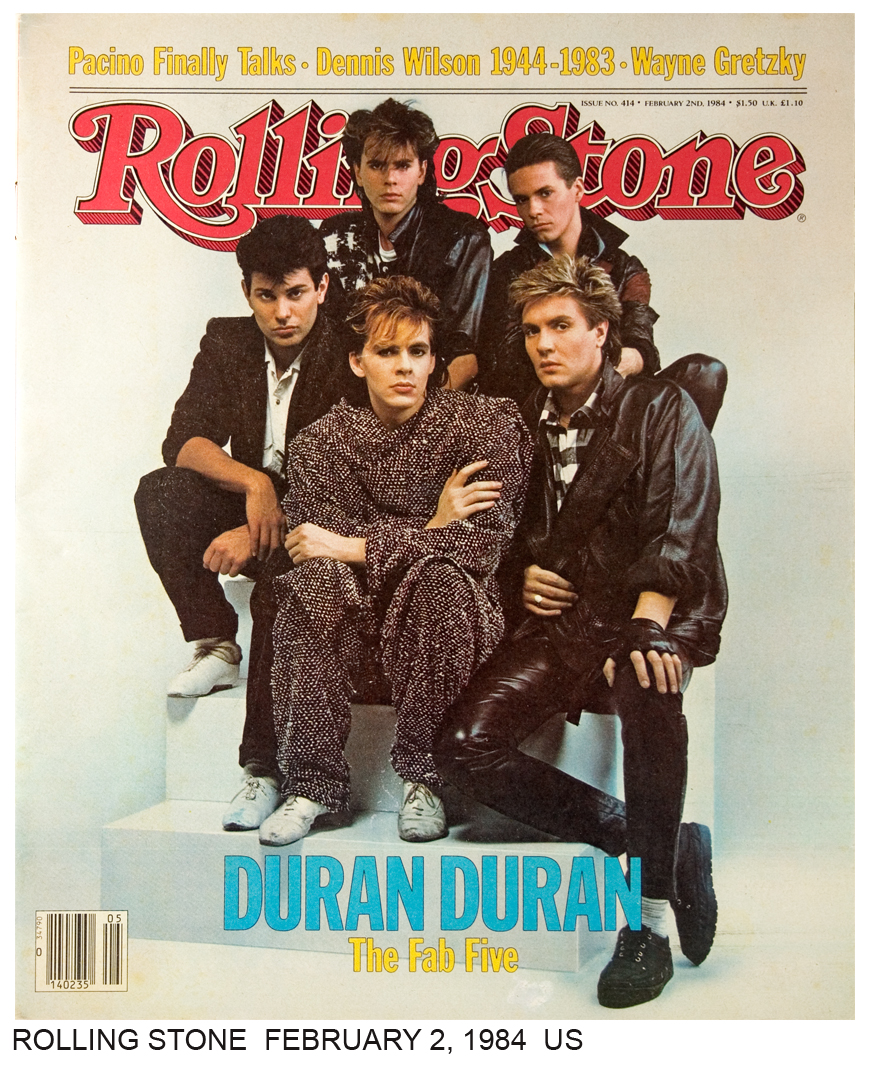 ON THE COVER OF THE ROLLING STONE...

One of the greatest ways to know your band is going places is to see them on the cover of a magazine. Over the course of Duran Duran’s career, they've graced the cover of a staggering number of magazines from all over the world. Let's take a look at some of them, going right back to the start.

The band's early covers follow the release of "Planet Earth" in February of 1981, and by the time of the first album [released the summer of '81], they were showing up on countless different magazines throughout the UK.

By 1982, Duran Duran had started to make a name for themselves outside of the UK. One of the first countries to go Duran crazy was Japan, always a hot spot for collectors.

The band was very proud of their first appearance on the cover of International Musician magazine, aimed towards musicians, producers and music gear fans. Their music was making an impact and the industry was paying attention.

Meanwhile, with the release of “Hungry like the Wolf” and the RIO album, Duran had made an even bigger name for themselves. That led to more magazine covers, some in publications that hadn't featured the band before.

1983 was the year that Duran Duran truly broke worldwide; even the United States had finally caught on to the fact the band wasn’t going anywhere!

In 1984, one of the milestones that all bands dream of had finally come to fruition: Duran Duran was on the cover of Rolling Stone! Mayhem was upon them, and sometime we'll come back around to this vast topic and continue the saga. In the meantime, keep your eyes on Duran Duran's social media channels. There's been great news recently, with the band signing a new label deal with Warner Brothers, and with their next album due out this year, we should be seeing the band on some new covers soon!