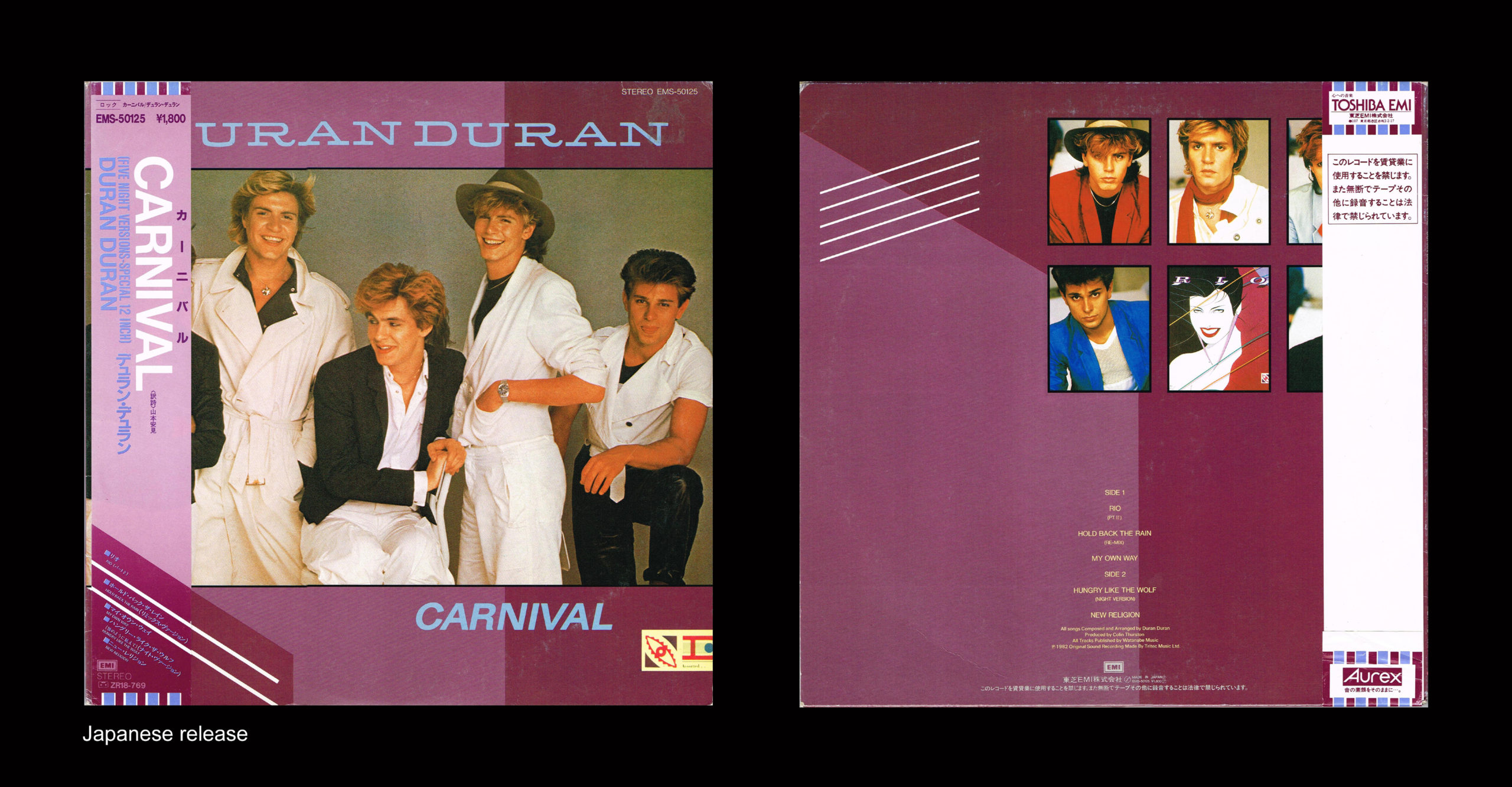 Join the roundabout of ‘Carnival’!

At the end of the Summer 1982, EMI had some fresh ideas on how to bolster sales of RIO, originally released in May of that year. MTV mania was just taking hold, and the timing was right. Part of their plan was to bring in re-mixer David Kershenbaum for an EP. The result, CARNIVAL, was released in September 1982 in just three major territories, discussed below. This already made the EP a collectible! Looking closer, many took note that all three CARNIVAL EPs have different artwork and different track listings. Nirvana for collecting!

Interestingly, CARNIVAL didn’t get a UK release, however it was released in Spain and The Netherlands for distribution throughout Europe. At first sight, the only difference between these two issues is the translation of the song titles and name (‘Carnaval’) on the sleeve of the Spanish release. If you listen to the tracks of the Spanish release, however, you will discover that the version of “Rio” is actually the ‘Part I’ version instead of the “Night Version” that is featured on the Dutch release.
Collectors will also know that there is a Dutch version with a misprinted sleeve and it is quite hard to track down. This sleeve mentions “Hold Back The Rain” instead of “Planet Earth” - if you own this one treasure it!

For the Canadian and the US release of CARNIVAL Capitol Records used Kershenbaum’s remixes of “My Own Way” and “Hold Back The Rain” but left out “Rio”.

The third ‘Carnival’ version was released in Japan and Taiwan. Again, the track listing differs; no songs from Duran Duran’s debut album were used as these were already featured on their first Japanese EP ’NITE ROMANTICS’. Maybe the best feature on this version, beside the nice sleeve and inserts, is a remix of all-time fan-favourite “New Religion”. This version wasn’t available outside Japan until the release of the 2CD ‘Strange Behaviour’ in 1999. Although the Japanese sleeve mentions that Part II of “Rio” is featured, it is actually the full 7” version. The story goes that the wrong pressing plate was used for this track.

If you have a Spotify account, listen HERE to the CARNIVAL Remix of “New Religion.”

We suggest to give your copy of CARNIVAL a spin and let us know which remix is your favourite!