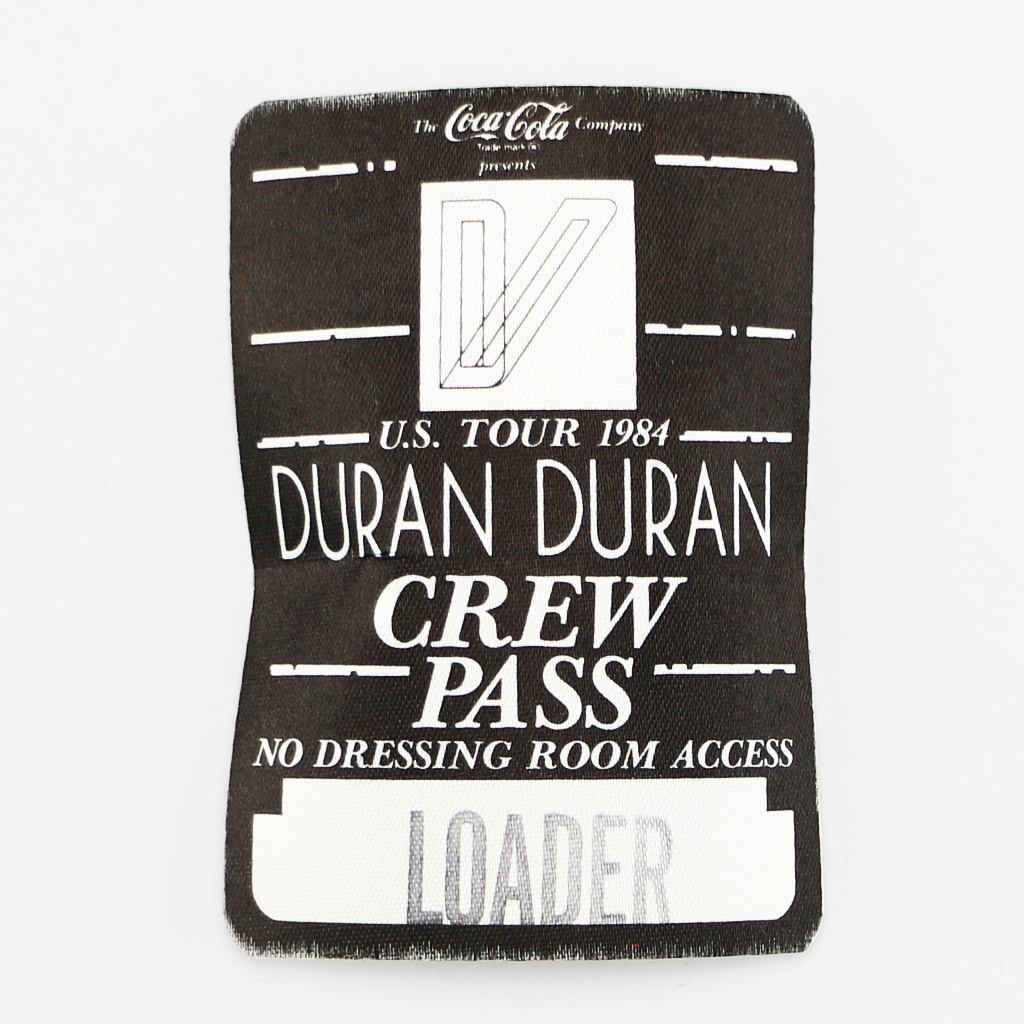 One of the most natural things for a fan to start collecting is ticket stubs. If you go to a show, you normally end up with a ticket stub after you enter, so you're already well on your way. All you need to do is make the conscious decision to keep the stub and boom! You're a collector. The live experience offers up the chance for a few other choice collectibles. Let's take a look.

After you start the ticket stub collection rolling, you might find you're not acquiring stubs quickly enough. Luckily you can jump online and pad your collection, allowing you to delve into the rich history of Duran Duran, back to the very beginning.

Once you start, it's a slippery slope into access passes and set lists! Those items are a little harder to acquire than the ticket stub that you got by paying to get you into the gig.

Most fans associate 'passes' with getting backstage after a show, but they have many functions, controlling all levels of access for the crew and people on the day of the show and throughout the tour. There are commonly 2 types of passes: laminates and stickers. Laminate cards are only provided to the highest levels of staff. Sticker style passes are given out day to day as need arises, such as for press. This is the most common 'backstage pass.'

A set list shows the order of songs for a gig and is handed out to each band member who keeps it somewhere close where it is easy to see. In the early days, Duran Duran set lists were handwritten, but today they are more usually print-outs.

Guitar picks (or plectrums for our friends in the UK and Australia) and drum sticks have always been superb items to collect. But Duran has only one guitar player and a bassist who prefers fingers, so there are a very limited number of picks to be tossed to the crowd, and usually only one set of drum sticks to be given away.

Have you been lucky enough to get a drum stick, pick or set list at a concert you attended? We'd love to hear your story on Facebook or Twitter!