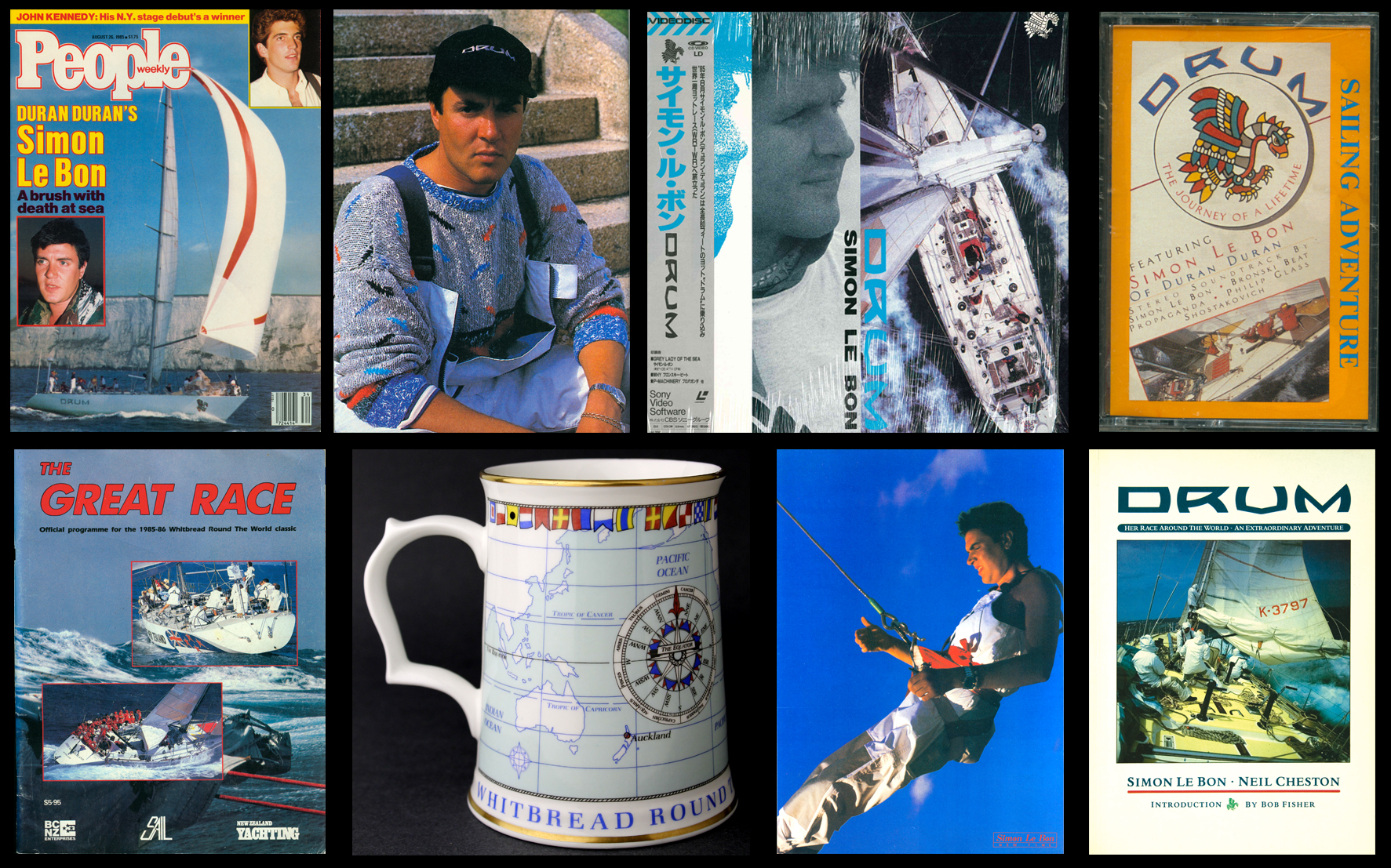 FRONTMAN ON THE SIDE

The members of Duran Duran have had a number of cool side projects throughout the years. THE POWER STATION and ARCADIA, and recently TV MANIA were all released and promoted worldwide and are known to most Duran fans.

But one member of the band has done some things that fly a little more under the radar.

That's right, Simon has been stepping out on us for quite some time now! One of his earliest forays into extra-band activities didn’t have a lot to do with music, actually. Sailing had been a part of his life for even longer than the band, and in 1985 he took a once in a lifetime opportunity to join the crew of the maxi yacht DRUM, with epic results when the yacht capsized off the coast of Falmouth, UK during the FASTNET race in August 1985. Simon and his fellow crewmen were undeterred and entered THE WHITBREAD ROUND THE WORLD RACE of 1985/1986 where DRUM came in 3rd place, finishing the race in 122 days and 6 hours.

When Simon got back in to the studio, he teamed up with producer Nick Wood on a song that appeared on the soundtrack to a film about the DRUM adventure. “Grey Lady of the Sea” was released in Japan on a 3-inch CD that quickly sold out and became sought after by collectors.

In 1989 Simon contributed a song to the REQUIEM FOR THE AMERICAS project, produced and curated by Jonathan Elias, who had worked with the band on BIG THING. The song, “Follow in my Footsteps” which Simon performed with the Bangles Susanna Hoffs, was released as a 7 inch single in Italy only.

In 1996 Simon lent his voice to a song by the band’s old pal and producer, Nile Rodgers. The CD single for “Do That Dance” was released in Japan only.

In 1998, Simon built on his collaboration with Nick Wood, forming SYN Entertainment, based in Tokyo, Japan. SYN has produced and released many different musical projects.

These are by no means the only projects Simon has been involved in, so perhaps we will delve further into his discography another time.

On October 27th, take a minute to say Happy Birthday to Simon Le Bon; front man of Duran Duran, champion athlete and perhaps more of a jack-of-all-trades then we ever knew...by the way, did we mention his upcoming new single on The Hunger Games soundtrack, “Kingdom,” with Charli XCX?! Keep an eye out November 17th!