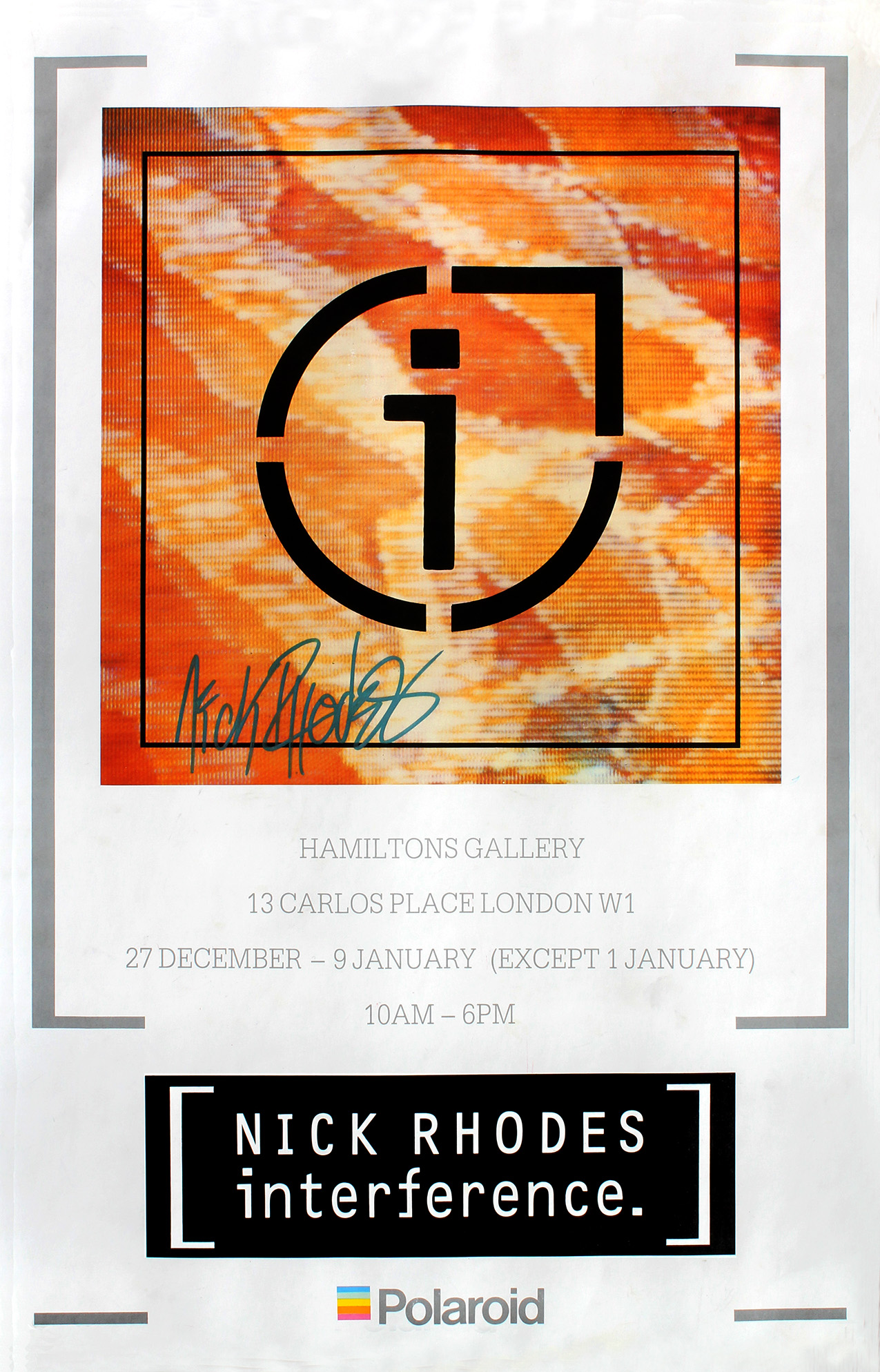 DO NOT ADJUST YOUR SET

Nick Rhodes has always been an avid photographer and lover of photography as an Art. You could always find Nick and his trusty camera documenting life as it blasted by him while on the road touring with Duran Duran.

Around 1983, in the quiet of hotel rooms around the world, Nick started working on something new, a fusion of media: photography meets television. He would manipulate the television picture and capture the results using a Polaroid SX-70 camera, the self-developing photo paper revealing the results in under a minute.

INTERFERENCE was first released by Michael Joseph Ltd on the 26th of November 1984, and was available in two formats: a limited run hardcover and a trade paperback.

The Duran Duran fan club packet for winter 1984 included an advertisement for INTERFERENCE. The film and media shop Forbidden Planet 2 hosted a book signing in London on Saturday December 8th, 1984.

An exhibition ran in Hamiltons Gallery in London from December 27th 1984 -January 9th, 1985. Attendees at the opening received a special treat of a custom Polaroid, distorted by Nick's processes, in a custom portfolio cover. These were made in small numbers and are very rare.

Fortunately for collectors, there are some other INTERFERENCE items to look for. Hamiltons also sold badges, postcards (as pictured above) and a signed poster for the princely sum of 5 pounds, which is worth a little more these days!

After 30 years, what does the future hold for INTERFERENCE? "I still have all the original Polaroids...I found a big box of ones I didn’t use..." said Nick in a recent email to the Collector's Corner.

Since INTERFERENCE was released, it has become one of the most collectible releases in the Duran Duran universe. Do you have any INTERFERENCE items to share?