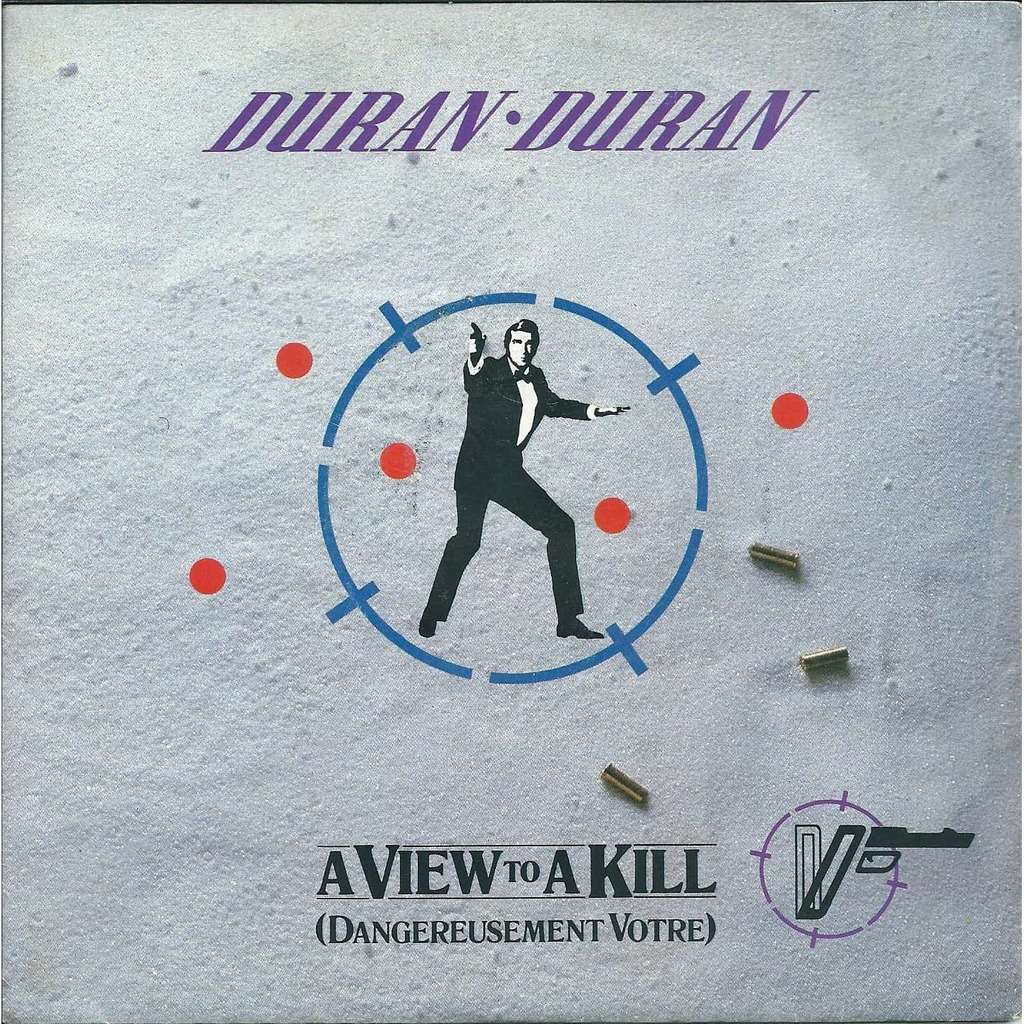 1985 brought Duran Duran one of their biggest hits in the form of the 14th James Bond theme, "A View To A Kill. "

Written for the Bond movie of the same name, and starring Roger Moore, Christopher Walken and Grace Jones, the track hit the charts all over the world. Accompanied by a a great video directed by Godley & Creme (who also filmed the video for "Girls On Film"), this video would end up being the last one the original five band members filmed together until “(Reach Up for the) Sunrise” in 2004.

For collectors, the release of "A View To A Kill" may seem not so very interesting at first sight as only a 7" version was commercially released in a picture cover. Additionally, this picture cover was generally the same in every territory.

However, digging a bit deeper, one may see some differences:

The most unique 7" picture sleeve was released in Uruguay. "A View To A Kill" came out in a picture sleeve with a band picture dated from 1981. Interesting choice, but at the same time a fantastic collectors item as not many copies were pressed.

Only France and the USA received 12” promos of the song. In the US, these were given out in standard black sleeves. In France, however, these came out in picture sleeves having the original (standard) artwork printed on the front and backside. Finally, for the German market, a few hundred 12"s were pressed which came in a full colour picture sleeve.

You might wonder which version of "A View To A Kill” is featured on those 12"s, keeping in mind Duran Duran's reputation for Night Versions and Dance mixes. Due to a decision by John (that he now somewhat regrets) an extended remix of this track has never been commercially released, and all formats contain the standard single version.