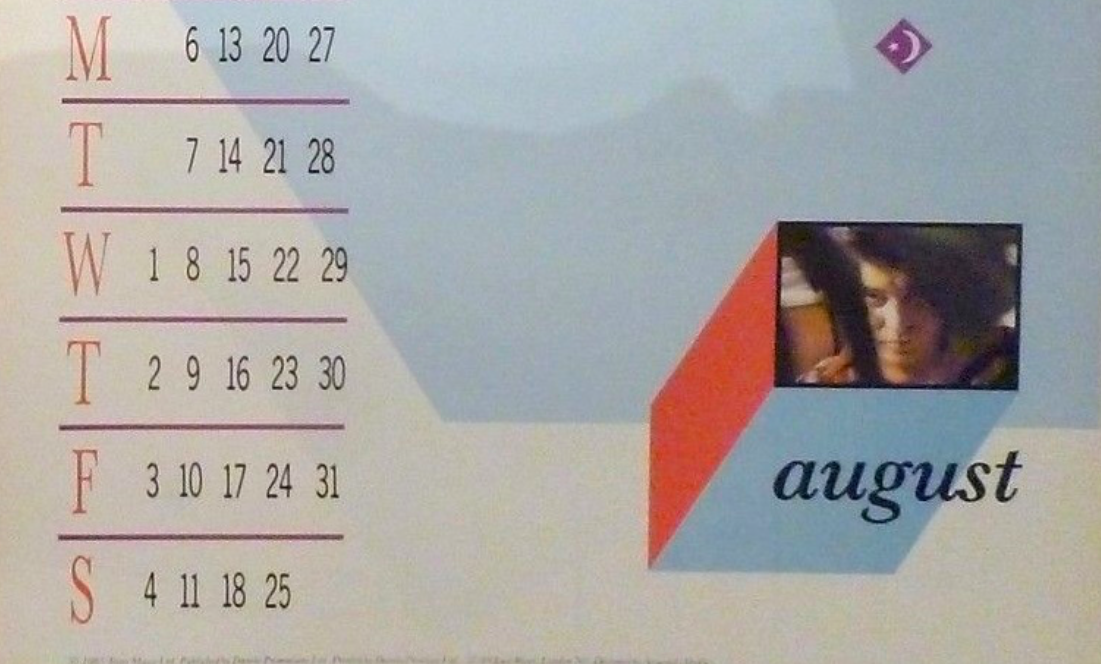 At the end of each year, the ASK KATY section of the site receives an influx of emails asking if there will be a Duran Duran official calendar coming. To this day it remains a popular item for fans. For those who may not know, the first official calendar was released in winter 1982 via the band’s fan club at the time, and then launched to the public through a small ad campaign in the UK music press.

The next year, the band put out another calendar, and that edition (1983) remains one of the most sought after for collectors today. The band was growing in popularity in the UK, but had not yet reached the same level in the rest of the world; therefore, not as many calendars were printed and the demand to find them is high.

One of the things fans seemed to enjoy most about the early calendars (ie: before the internet!) was getting a look at some new band photos. The first glimpse of a never-seen-before group shot was often the reason people would buy the calendar in the first place! The calendars from the 80s are the collectors’ downfall as so many were cut up and pasted on walls. As a result, fewer mint copies exist.

Among collectors, the 1985 calendar remains a standout with stunning photography by Francesco Scavullo. Scavullo's work from those sessions was proliferated on merchandise ranging from the classic t-shirt, badges, posters, school folders, and even an obscure, yet still official briefcase!

A rival for the title of “most elusive” has to be the 1986 DRUM calendar, which is also a serious contender for best in show. With stunning graphics and some amazing images, this calendar breaks with the formula of two group shots and a pair of pictures for each member. DRUM features great shots of Simon, the crew at work and some breathtaking landscapes from the voyages.

If you couldn’t get your hands on the DRUM calendar, 1986 also added A VIEW TO A KILL themed cal to help fans plot the course of their year.

Not every year had an official calendar, but since the band realized how much fans still appreciated them, they’ve recently tried to get one out each year. The 2014 calendar is a throwback of sorts, with photos from Denis O’Regan’s forthcoming book, "Careless Memories," which contains 100s of photos from the band’s SING BLUE SILVER North American tour.