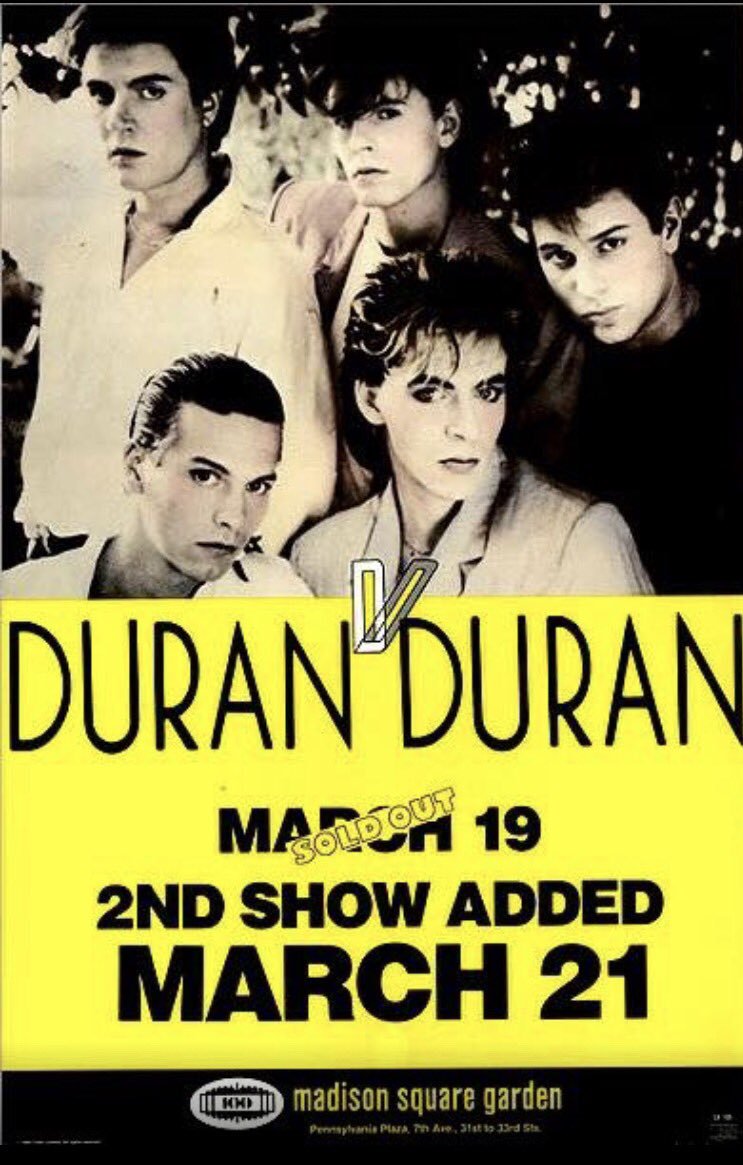 IF THESE WALLS COULD TALK

Posters. A much-talked about topic on Duran Duran’s social media as of late, with the publication of Andrew Golub’s terrific new book, BEAUTIFUL COLORS: THE POSTERS OF DURAN DURAN. With such momentum, what better topic for the Collector’s Corner to dive on in to?

Speak to any fan and it seems that a poster on their bedroom wall is a typical rite of passage, be it for a music artist, sports team or movie star. When fans posted photos of their teenage bedroom walls on Facebook not too long ago, there was one particular poster of Duran Duran that many seemed to have in common.

However, for collectors, a poster takes on a different meaning. No, the one that every one has isn’t the one they want - Duran Duran collectors seem to always go after promotional posters, made for specific events or releases, and always in small numbers. While such posters were not meant for sale, ironically they now command some of the highest prices in the collectables marketplace.

Retail posters were made by the record company to help stores (remember record stores?) promote new releases by the band. This is some what of a lost art for music fans today but at one time, these were almost as highly anticipated as the release itself. It truly got fans excited for the forthcoming album.

Concert posters promote specific shows, and are usually produced locally by the promoter. Often displayed outdoors, they were considered disposable. These became very collectible in the late 1960s on the west coast of the United States. Now many gig posters are considered bonafide pieces of art, with limited edition, numbered and artist-signed lithographic prints in great demand. Often a band will give a photo or logo that’s approved for usage and the venue will design the poster from there.

Some Duran Duran releases contain a promotional insert poster, such as the first vinyl pressings of the first three albums in Japan. As well, other countries used this tried and true method of promotion - the UK, South Africa and Hong Kong to name three!

Being physical objects and not just digital images, posters can be exciting for their sheer scale. Common sizes start at 11 x 17 inches (A3 international size) all the way up to "subway size," normally 40 x 60 inches (1016 x 1524mm.) So if you're tired of looking at a tiny icon of Duran Duran on your mobile device, check out some collector’s websites, or eBay, and find yourself a poster (mint condition, please!)