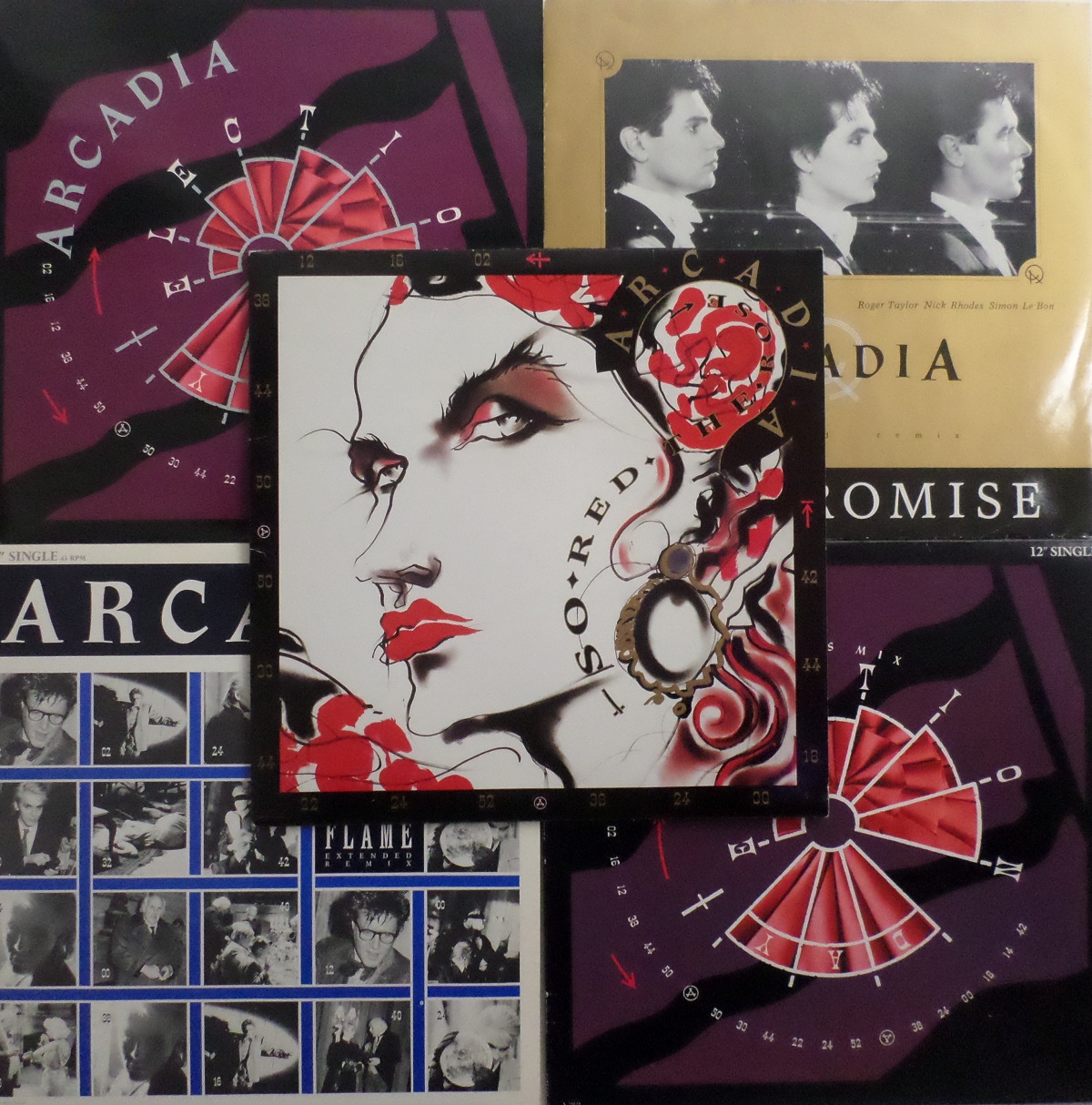 EVEN IN ARCADIA, THERE AM I...

For those who aren't familiar, Arcadia was formed in late 1984 when Duran Duran were recording the James Bond theme "A View to a Kill." With John and Andy working on the rock influenced The Power Station project, Nick and Simon decided not to take a break and devoted their 'off' time to a project once described by All Music Guide as “the best album Duran Duran never made." Roger (literally) lent his hands to both projects.

The album SO RED THE ROSE by Arcadia was recorded at STUDIOS DE LA GRANDE ARMÉE in Paris. Not only did the studio offer state-of-the-art facilities that blended perfectly with producer Alex Sadkin and engineers Larry Alexander and Philippe Laffont, the band felt Paris offered an atmosphere that suited their personalities.

The first single,ELECTION DAY, released in October 1985. Here's a small selection of the many formats of this release found around the world

The album SO RED THE ROSE was released on November 18, 1985. The first thing that is apparent looking at the album art is the painting on the front by American artist Tony Viramontes. The visual image was a major part of the Arcadia project, aided by the design work of Assorted iMaGes and Malcolm Garrett, the man behind most of Duran Duran's prior design work. Viramontes' striking paintings, ground-breaking photography by Dean Chamberlain and Garrett's elegant design come together beautifully on this issue of SO RED THE ROSE from Argentina, the only country to release the album with a gatefold sleeve.

Arcadia's visual style was carried across many interesting collectibles. These photocards were available first via the fan club and then later in select retail shops. Finding a complete set of both the B&W and colour cards is difficult as they are very scarce.

One of the most unique and rare promotional items that surfaced from this side project is a Canadian open-ended interview album released by Capitol Records. These were sent to local radio stations, where the DJ could simulate an interview with Nick and Simon by reading the questions from the cue sheet, and playing the record at the spot as the reply.

Fortunately for fans, there's too much Arcadia to cover in just one column! But to keep you going until next time, here's five magazines from around the world.