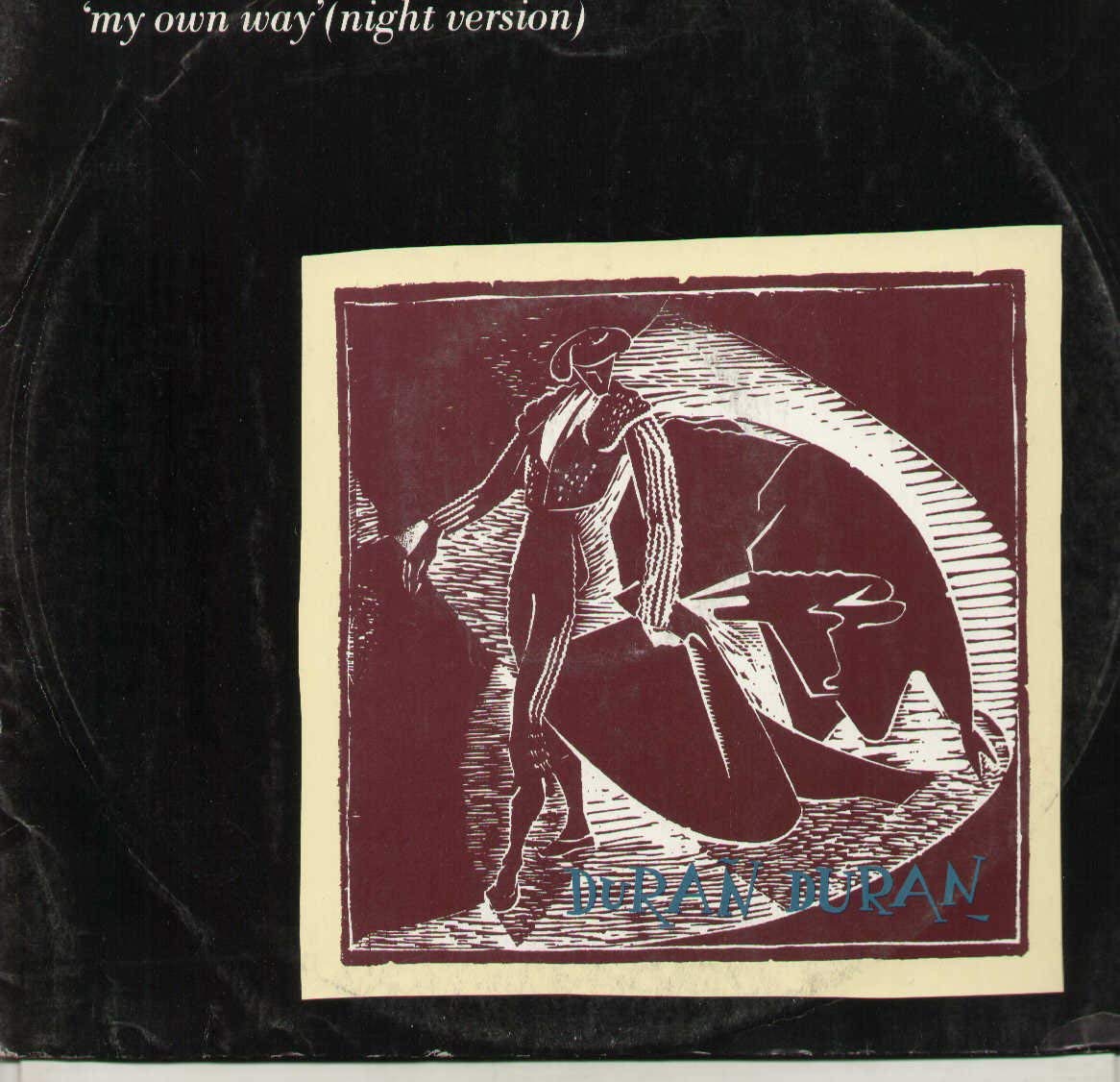 MY OWN WAY - something up (y)our sleeve?!

Exactly 32 years ago this month Duran Duran released their fourth single ,'My Own Way.’

After the successful debut album ‘Duran Duran', with singles ‘Planet Earth’, ‘Careless Memories’ and ‘Girls On Film’, the band started to work on new music in the Fall of 1981 at Townhouse Studios in London. “My Own Way" was released mid November 1981 to bridge the gap of time between the release of ‘Girls On Film’ (July 1981) and ‘Hungry Like The Wolf’ (May 1982).

The original single version of ‘My Own Way,’ which peaked at number 14 in the UK charts and remained there for a respectable 11 weeks, was a bit of a departure for the band. The song is very up-tempo and contains loads of "disco strings," which makes it quite different to the band's previous singles. It was Duran Duran’s second top ten hit in Australia and the second single of their to reach #1 in Portugal.

Although ‘My Own Way’ did not get a full world-wide release, it is the 7 inch single which has the most variations in sleeve artwork.

EMI released the single in THIRTEEN countries. For 3 countries it was released in two different sleeves and in 4 countries with a totally different front side of the sleeve. Some variations are small ones, others are significant. The 12”, however, has only been released in the UK and New Zealand.

The original UK design by Malcolm Garrett and Peter Saville is the very well known black sleeve with the bull fighter drawing with the lettering printed in metallic gold.

However, as this is quite an expensive colour to print, the golden lettering has been replaced by blue from the second pressing. This goes for the 7" as well as for the 12" release.

Five other countries are worth a mention: Spain, France, Portugal, Japan and Italy.

While three Mediterranean countries all have releases with different band pictures, the Japanese released 'My Own Way' featured a unique Patrick Nagel drawing as the sleeve art. The Italian pressing of 'My Own Way' is unique in a different way: it doesn't have the fabulous 'Like An Angel' on the reverse side, but it has 'Girls On Film' (which wasn't released as a single in Italy) as the b-side.

Check the pictures and spot the differences!