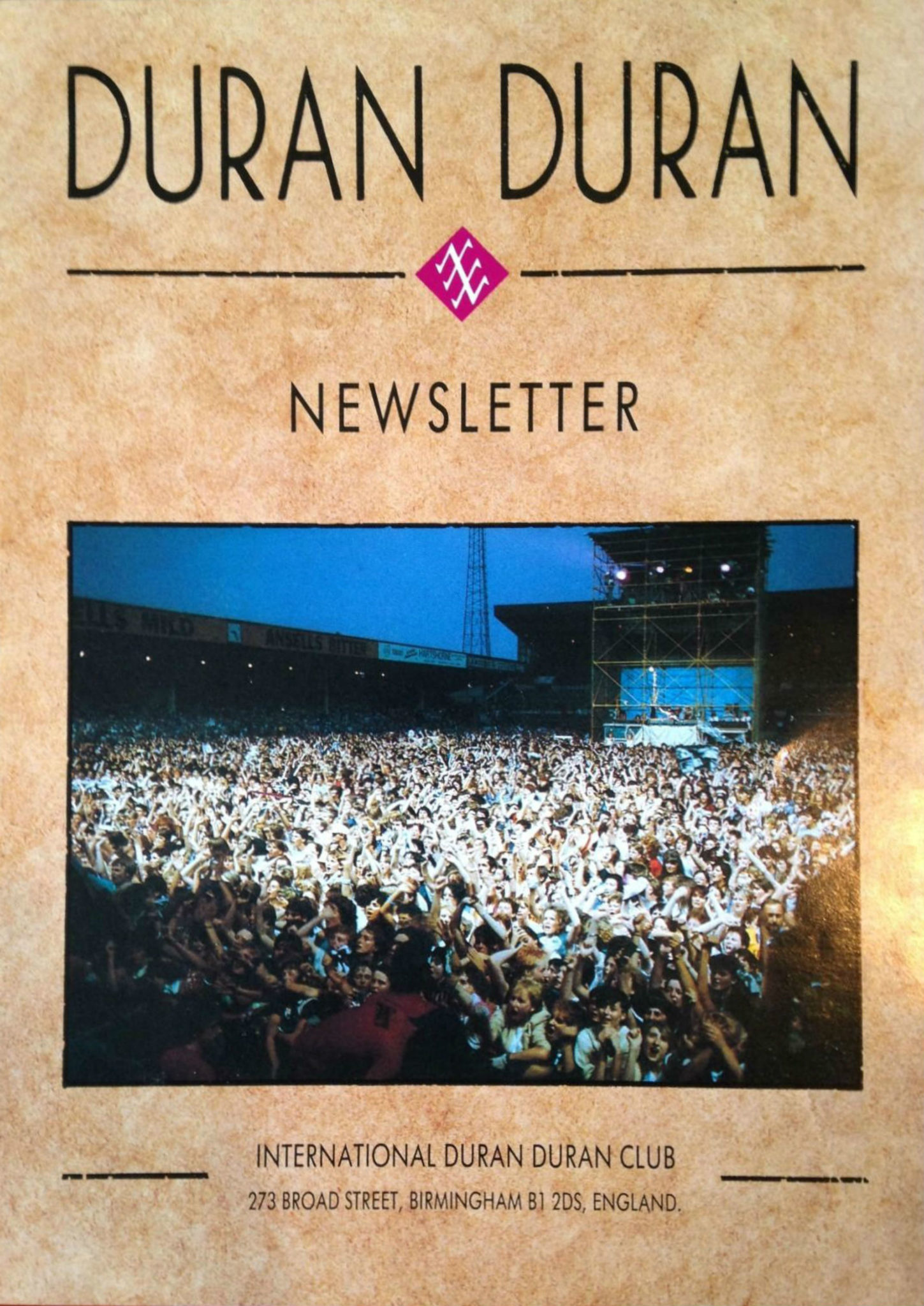 WELCOME TO THE CLUB : PART ONE - THE WILDERNESS YEARS

By the summer of 1981, Duran Duran's fan base had swelled to the point where they had too big an audience to still be able to personally handle requests from fans for signed photos and info on the band. So some friends were rounded up to help, and the Duran Duran Club was born.

The first official club packets were sent out in the summer of 1981. We were lucky enough to re-visit the very first one issued, No. 001, and speak to the person who received it, Marc Linekar. He remembers how he was turned onto Duran Duran by a chance encounter in a record shop before their rise to global fame:

"On my usual visit to Rocker Records in Hurst St., the owner introduced me to a guy behind the counter called Andy, who was eagerly loading a cassette into the shop's stereo system. "It's something you'll like!" said Andy, who told me that this was going to be his band's first single in a couple of weeks. The opening bars of the 'Planet Earth' demo started to pound out of the speakers. I was hooked! I met Andy again not long after, at a record fair in Corporation St., so he could give me some tickets for their Pebble Mill Look Hear TV show taping. At the Aston University gig on February 27th, it was arranged for me to arrive early, with an introduction note (from then-manager Mike Barrow) to give to John so he could look after us. What a great night! During the summer of 1981, I heard the fan club was about to start up. My friend got a job helping and she arranged membership for me before they started dealing with the other applications. Soon I got my welcome pack with the introductory letter and the membership #001!To this day, those times hold some very special memories. I feel very lucky to have had the experiences I did...priceless!!"

An interesting note is that there is no newsletter number two, but instead two number ones and a number three!

The Duran Duran Fan Club took off at pace so astounding that by the end of 1981 the requests from new members was more than the small crew of friends could handle, causing delays in getting updated packets sent out.

But by the turn of the year the band had made the jump to a magazine style newsletter with a full colour cover. By the spring of 1982 the fan club found its groove. Each mail out contained a new set of photos and a newsletter, along with any number of other items. New members also got a membership card and a welcome letter.

These early fan club packs are quite scarce and finding a complete one with all the photos, newsletters, inserts, badges and merchandise sheets in nice condition can be very difficult. But as you can see from the examples, well worth the effort!