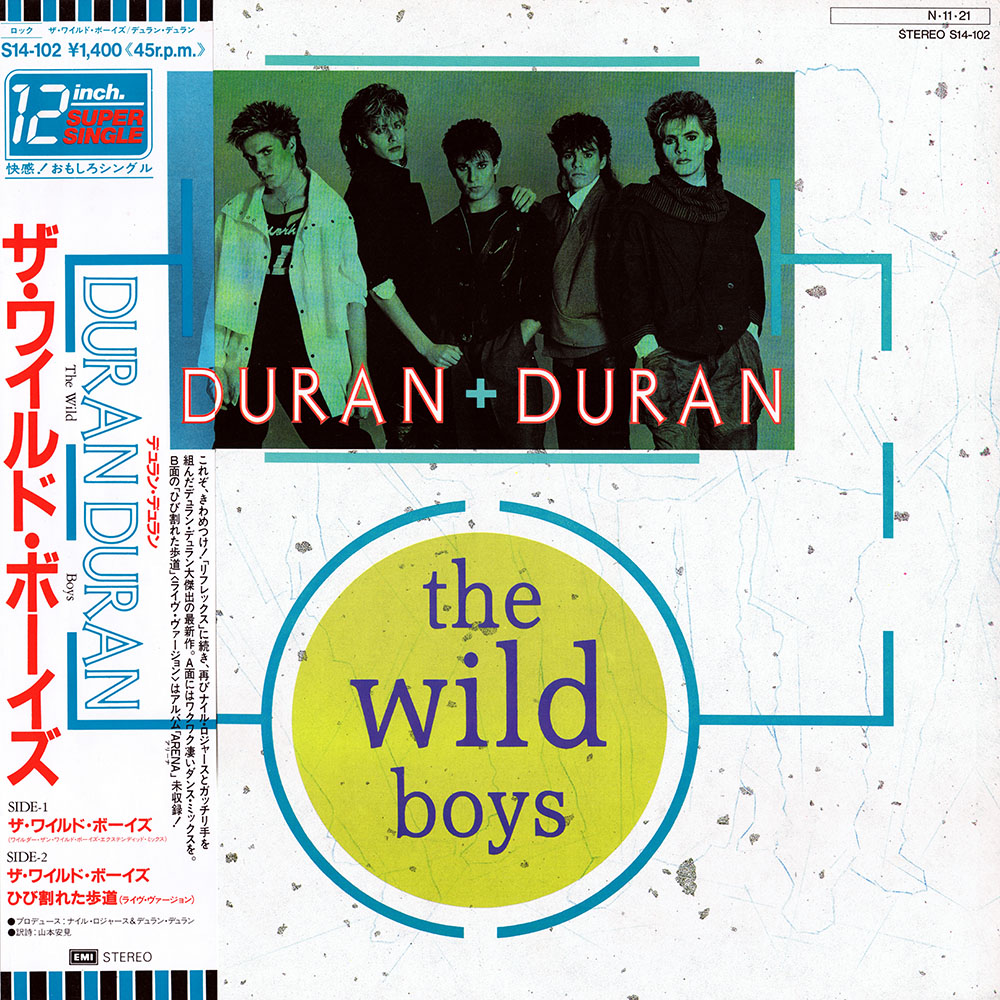 Japan - land of the rising sun and obi's - Part I

All Duran Duran releases in Japan are true gems. The Japanese sense for quality is remarkable, and the records serve the imagination of both fans and collectors, not only for the rarity, but also for the paper band on the side (obi - 帯 ) which comes with all records, CDs, DVDs and books released in Japan.

The obi-strip, often designed to respect the artwork, provides information for the retailer and the consumer like price, Japanese release date and track listing. Many Japanese consumers consider the obi part of the packaging and dispose of it after purchase, making Japanese releases with their original obi much more sought after than ones without it. Besides the obi-strip, the sleeve also contains an information sheet or booklet written in Japanese (most of the time). These sheets contain the lyrics to the tracks (in English and translated in Japanese), liner notes and a biography with discography.

The first pressings of albums would often contain a huge colour poster, also indicated on the obi. Every single one of them is terrific and iconic. For instance, the first 30,000 copies of 'Duran Duran' and 'Rio' came with a poster.

From the first 1981 'Duran Duran' album up through 1988's 'Big Thing,' the albums came out on vinyl and on CD. From 'Decade' onwards, Duran Duran albums haven't been released on vinyl anymore in Japan, solely on CD. The CDs did contain the obi and information sheets.

With the arrival of the CD era, the posters weren't included with the CDs any longer. The Japanese record industry had to think about other ways to make the releases attractive to consumers, as the market was flooded with cheaper CDs from abroad. Therefore, they decided to add extra music to differentiate the CDs and make them more collectible. All Duran Duran's studio albums contain extra music, with one or two bonus tracks, or even an extra disc. Over the years, tracks like 'Stop Dead', 'Time For Temptation', 'Diamond Dogs', 'Ball And Chain', 'Virus' and 'Cry Baby Cry' were added to the standard track lists. 'Big Thing', 'Liberty' and 'All You Need Is Now' even got an extra disc of bonus tracks.

As in any country, promo release are issued to the media in Japan. These promos are usually marked with mihon ( 見本 ), and the sleeve art is sometimes very different from the commercial releases. Japan is also known for the release of DJ samplers. These samplers give a musical overview of the artist's career. Usually, it highlights the current single with a range of older songs to promote the back catalog. All four of these of Duran Duran samplers are among the rarest and highest valued Duran Duran collectibles, and it might take years for collectors to find an affordable copy in good condition.