One of the most interesting countries for vinyl collectors is the South American country of Colombia. Many records have been pressed and released in Colombia, some even on coloured vinyl. Most of these specialty releases were issued as promotional copies, and therefore were made in limited numbers as they were meant for industry insiders like radio stations, club DJs and journalists.

Luckily, two Duran Duran records have been released on coloured vinyl in Colombia: A 12 inch promotional copy of the "Girls On Film" single and a limited first pressing of the "Arena" album. Both records are often on the list of Collectors as the most sought after and rare Duran Duran records.

The "Girls On Film" 12" maxi-single is pressed on green translucent vinyl and was released in 1981. interestingly, this release contains the album version (or single version, if you like) of "Girls On Film ("Las Chicas En Pelicula") instead of the 'Night Version'. The B-Side features only "Faster Than Light (Mas Rapido Que La Luz)."

This record would have been given to DJs and radio stations in bigger cities like Bogota, Cali and Medellin. Since these records were given out and readily played, it is quite difficult to find one in mint condition. Almost all the copies that have surfaced, or been offered for sale, have been between very good and poor condition. One thing you commonly see is marker pen on the labels. This was so the DJ could see what track to play when he was in a club in the heat of mixing. [see below] 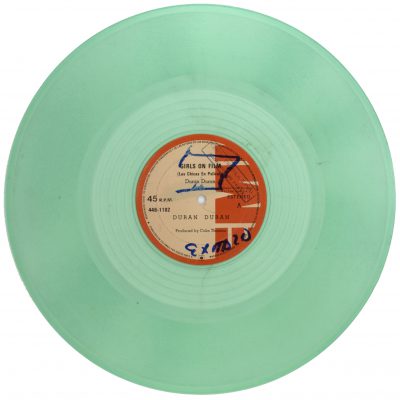 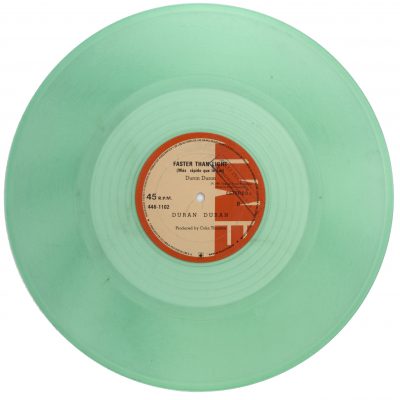 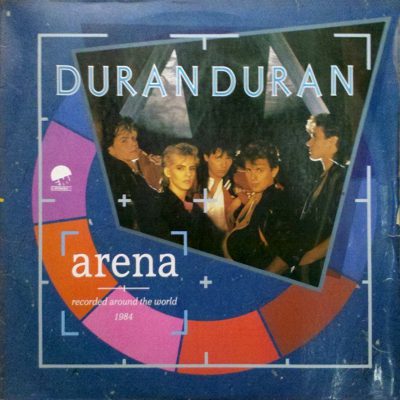 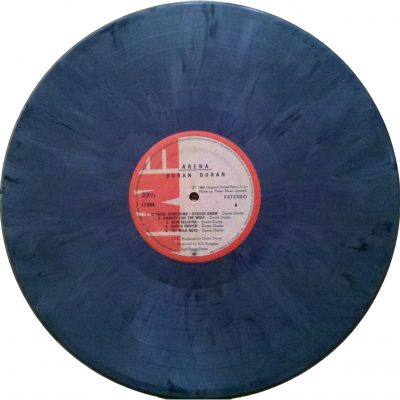 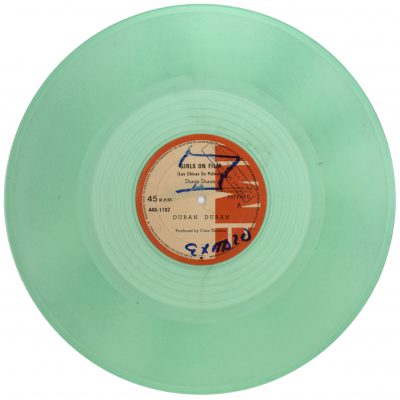 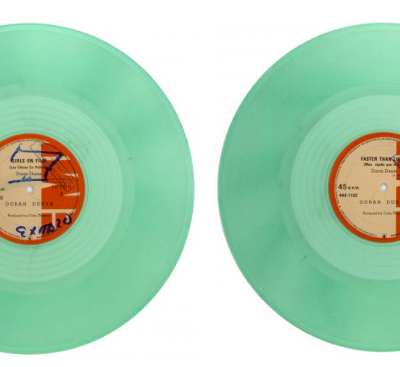 "Arena" [as seen above] is pressed on marbled grey vinyl, and this is even more rare than the green vinyl "Girls On Film." The track-list of the album is identical to the world-wide release of "Arena," but in Colombia the album is not released in a gatefold cover like in many other countries. Also, the well-known 8-page booklet was not included in this package. There seems to be no way to tell the special grey version from the regular black vinyl version without looking at the record itself.

In recent years, only a few copies of each of these records have changed hands publicly. Since the bulk of activity takes place on eBay, rarities such as these attract a lot of attention and fetch high prices. The key to finding a reasonably priced copy of these in-high-demand albums from Colombia is to find sellers in South America that can find the rare records for you in a direct sale and not in a public auction.

If you own one, or maybe both of these records, you're one lucky collector!