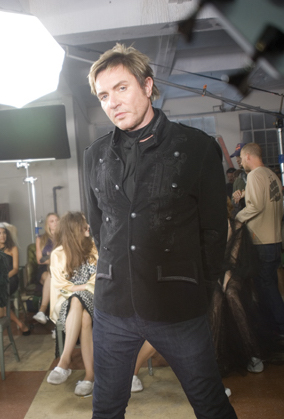 I tell you what the problem with Simons Reader is at the moment. It's that I'm not reading so much. On the recently completed South American leg, I've really been getting stuck into my iPad.

I have great internet radio apps, including Reciva Radio & TuneIn Radio, which allows one to actually record radio shows; this is fantastic when you're on tour. For example, I listened to the entire five part, radio play adaptation of Robert Harris's Fatherland - a very strong production written by John Dryden; starring one of my favourites - Anton Lesser as Xavier March, Eleanor Bron, and the late Stratford Johns.

But what has really got me hooked is decent internet TV.

Firstly, the BBC iPlayer (of course, I have to use a UK virtual proxy network) for dramas, documentaries etc. The BBC's content really sets it apart from its competitors.

And, the big one: AMC's genius Breaking Bad. I have watched series (I'm English; I cannot, under any circumstance, bring myself to use the terminologically incorrect word "season", which means Spring, Summer, Winter, Autumn, even to add salt and/or pepper, but never in a million years will it mean to me, a group of TV shows)... I have watched series 1,2,3 and I'm halfway through series 4. Wow, it has blown my bloody doors off.

The up shot of all this is that now I almost feel that, given a decent pair of rubber gloves & a gas mask, I could manufacture crystal meth in the kitchen.

The down side is that I've only read one book in the last three months.

However, there is a silver lining to my cloud. Because the book in question happens to be China Mieville's existential murder mystery namely, The City and The City.