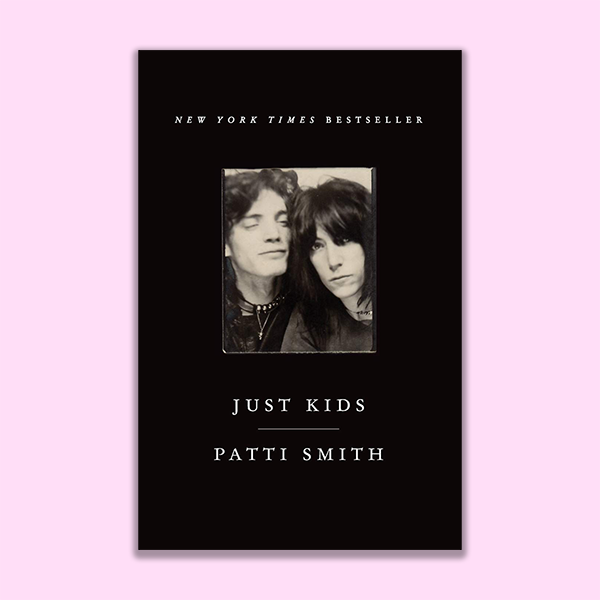 It has been said that it is always a mistake to meet one's heroes. In Patti Smith's "Just Kids," I've done exactly that. But believe me when I say to you, that in this case, it is no mistake. The focus of the story is on Patti Smith's life with artist and pioneer photographer, Robert Mapplethorpe, between the years 1969 and 1975 when, for the most part, they lived together in Brooklyn and New York City. All with the bare minimum of photographs to keep the images of Patti and Robert in mind; to remind you that it all really happened.

I do admit, I have a problem with autobiographical works in general. The faintest whiff of self-aggrandisement or hubris, and that's it… I'm off, thank you very much. That is what put me off books like Aleistair Crowley's trumpeting "Autohagiography", and Gregory David Roberts's excruciating "Shantaram."

But Just Kids is so different. There is a real humility in this story which comes across in the absolute honest simplicity of the narrative. Really, this is the 'plain English style' at its most effective, its most emotionally impacting. But "Just Kids" is also poetry, that is, totally un-selfconcious poetry. Poetry, not in fancy language or ideals or concepts, but in the bricks and stone of the city; poetry in the depth of her love and compassion for Robert "his green eyes, his dark locks… his voice above the gulls, the childish laughter, and the roar of waves. …the boy who loved…" He is of course, from the first page to the last, a beautiful, doomed tragic hero.

It is just honest. At times, it can seem mundane, and you love it all the more for it - living on the street around Union Square; whitewashing the "agressively seedy" first apartment in Williamsburg, "the oven crammed with discarded syringes"; sitting in the lobby of the Chelsea Hotel - but this is the lyric of two lives. This is the stuff which condenses into poetry inside your head as you read, the same way that water vapour condenses into wingtip vortices when airliners move through the heavy air.

But of course, these are really momentous events in momentous times. The New York of Max's Kansas City, of CBGBs. The New York of Rock & Roll legends such as Janis Joplin, Andy Warhol's Velvet Underground, Jimi Hendrix & Allen Ginsburg, to name but a few who appear in the pages.

Towards the end, I began to see glimpses of the Patti Smith who is more familiar to me when, for example, she says "I flung my jacket over my shoulder, Frank Sinatra style. I was full of references. He was full of light and shadow." This, on the photo shoot with Mapplethorpe which would deliver an enduring punk icon to the world, i.e. the cover of the album "Horses". And this: "but the images of racing Cockettes and Wild Boys would soon be transmuted into the vision of a boy in a hallway, drinking a glass of tea."

Please, do read "Just Kids"; I finished the book four days ago and now, as it resonates within me, I'm beginning to realise how truly beautiful is the gift that Patti Smith has given to us all.