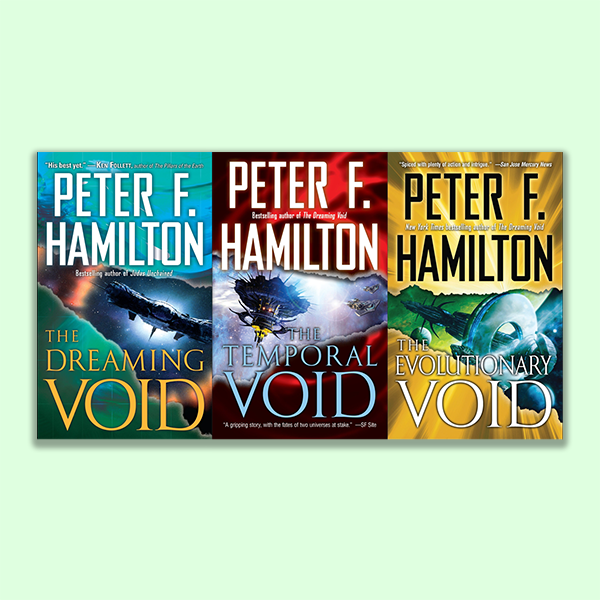 I first got listening to audiobooks while being driven on long monotonous journeys some time ago. I found that taking in the spoken word was much easier than reading the written word, especially when going on old pot-holed roads. Subsequently, I discovered that I was able to listen while performing domestic chores. Something which makes simple but tedious operations such as packing and unpacking while on tour a much more attractive prospect.

Of course there are disadvantages to audiobooks, of which two major ones spring to mind. Firstly, the distraction factor, which includes the fall-asleep factor (not always a negative, which I shall address later). But yes, very rarely do I find myself concentrating 100% on the reading. And yes, it's very easy to, for example, end up concentrating with one's tongue, a little too long and hard upon that tricky, tiny little, nugget of bacon wedged up between incisor, canine and gum. Until with the happy sense of freedom and relief it works loose to be either spat or swallowed, so to speak. And then the realisation... that an unknown amount of narration has passed you by, and you've no idea how the story has developed, and more significantly, how far you have to rewind... that is - if you can be bothered to do so.

The second disadvantage factor which strikes me, is the issue of the narrator. The success of an audiobook relies very much on how you, the listener, are able to relate to the voice, intonation and style of the reader. And it doesn't always work; certainly for me it doesn't... always... work.

And I tried really hard to get into The Reality Dysfunction (1996), from the very highly renowned "Night's Dawn Trilogy" but it wasn't my cup of tea.

However, Pandora's Star and Judas Unchained, the two books which make up "The Commonwealth Saga," completely captivates me. I seriously could not put the story down. When he gets it right, PFH's mix of politics, characters, pace and imaginative thinking, is an absolute winner.

As soon as I discovered that "The Void Trilogy" was a continuation of, and set in the same universe as "The Commonwealth Saga," I thought I'd give it a go... on audioboook!

Wow, this trilogy is a serious heavyweight, tipping the scales at over 60hrs long combined. That's a significant investment of one's life.

First volume - The Dreaming Void, read by Toby Longworth, pretty bloody good actually, considering that it's 23hrs 52min long. The galaxy has, at its centre, another universe which seems to have different laws of physics, and possibly a flawed utopian human society, which the galaxy outside, i.e. "The Commonwealth." OK, it is quite complicated, and I'm not going to try to tell you the story. But it's good, and has great characters, in fact some of my favourites from the previous "Commonwealth" are still alive... albeit, a thousand or so years later (let's not get into that now). But it works, and by the way, is really well narrated.

Book two, The Temporal Void; immediate problem - they've changed narrator... what? I think. They've CHANGED the NARRATOR??? And it doesn't matter if John Lee is a good reader; he may even be better. But it doesn't matter because all of those voices, those characterizations those idiosyncrasies which took time to get used to, but finally I started liking... they have all gone.

And I don't think I really got over it. But after spending 23hrs, 52min, no, after investing that time, I want to know what happens next, and I have to go on and finish the 60+ hrs that is the whole trilogy. Really, it was mistake. I should have trusted my instinct, my gut rejection of the new reader. All the colour had gone out of it for me. The voices just weren't as good, not as much fun, really!

I should've put it down and started something new. But I didn't, I went on and listened, all the way to the end of book two.

And after book two, guess what?

By this point I had virtually forgotten what the trilogy was about - actually, it's about immortality, becoming "post physical" or going individually, and as a species into a higher plane of existence, that is evolving. But really, by that point, the thing which seemed to matter the most was... just to finish the bally thing and be done with it. And that's where the complication of the fall-asleep-factor comes in. When you don't really care about the voices, and you've forgotten what it's all supposed to be about, suddenly, you discover that what you have in your hands is a very effective sleep aid.