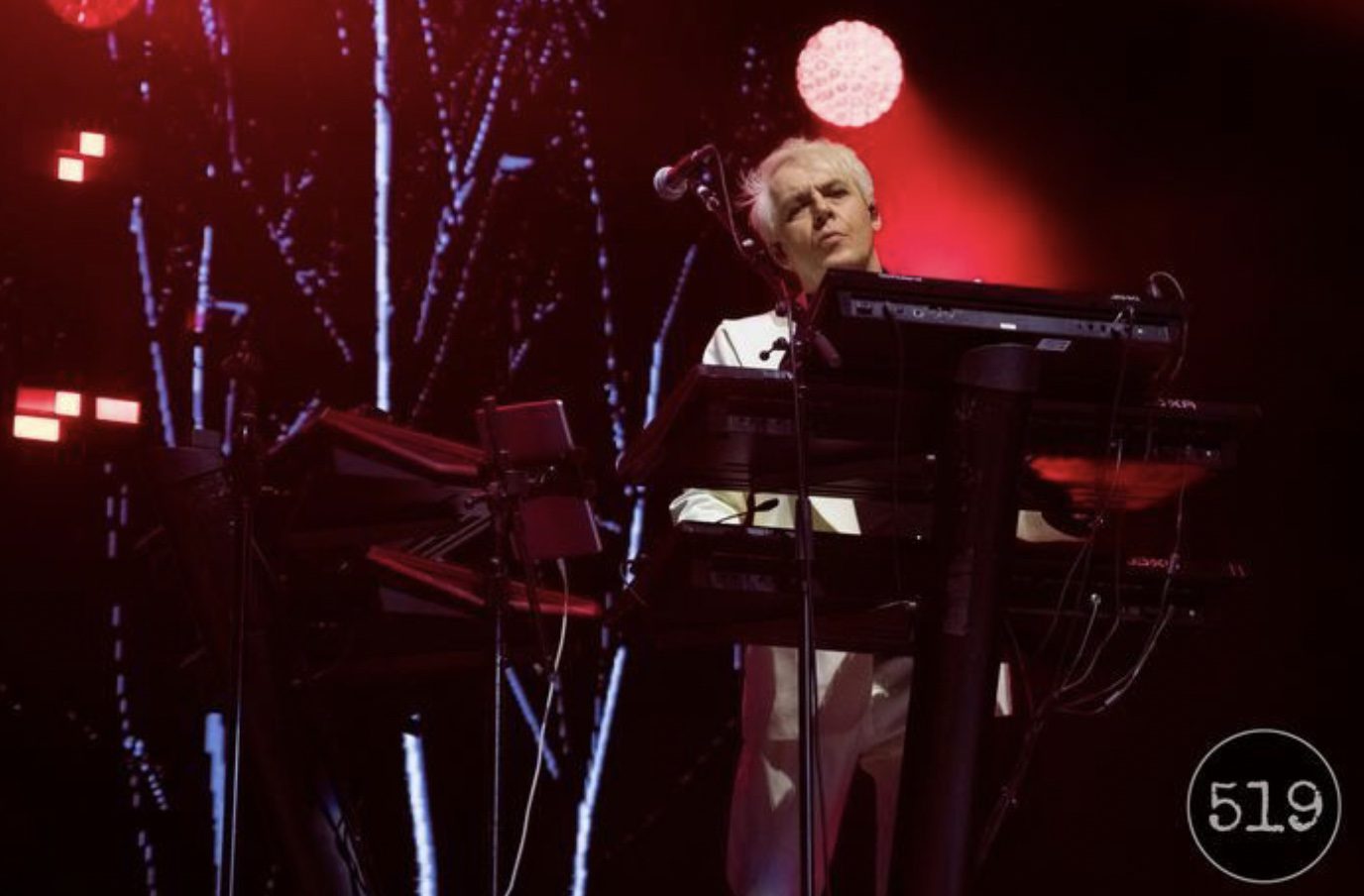 It’s no secret to those that know me that I’m an old school hard rocker. In my youth, I had long hair and wore rocker clothes almost every day. My record collection consisted of KISS, Motley Crue, Whitesnake and Duran Duran. Wait… what’s that? Duran Duran?

For me, Duran Duran was a closet love affair. I knew the hits on the radio, but I truly discovered the band when it filmed the music video for The Reflex in Toronto and its follow-up album Arena with a track recorded at Maple Leaf Gardens and a new studio track The Wild Boys.

Duran Duran has been in my album and CD collection ever since, but there’s one thing that has eluded me for decades – I never had the chance to see the band in concert. I wasn’t at this show to become a fan, I already was. I was at this show to declare loudly, “Duran Duran” blows my mind! And… they certainly did.

Enter Budweiser Stage in Toronto on August 22, 2022, a night delayed by severe rainfalls and heavy thunderstorm warnings. Despite a damp outdoor arena and my water-drenched shoes and socks, the show went on for the 16-year-old in me who got to experience a little of what that Arena album concert might have been like.

The stage had an awesome 80s vibe to it that felt a bit like we were in a 1980s music video with illuminated platforms for the drums and keyboards. Along with a massive set of lights and a big video screen that projected splashy images throughout, the show irradiated the atmosphere of the 80s. It dripped of 80s. It WAS the 80s. And the sold-out crowd drank it like a can of Pepsi Free. For me, this was an important detail – I was there to please the 16-year-old who got deprived of his new wave / pop cravings after all.

Apart from being older, and the absence of guitarist Andy Taylor, the band was in fine form. Core members, vocalist Simon Le Bon, keyboardist Nick Rhodes, bassist John Taylor and drummer Roger Taylor. were joined by long-time touring and studio guitarist Dominic Brown, as well as a saxophonist and pair of very capable female background singers.

The music was an incredible parade of hits, including massive ones like Hungry Like The Wolf and the before mentioned The Wild Boys, which opened the performance with a tribal-like passion. The playlist continued with further hits like Notorious, A View To A Kill and the touching Ordinary World, which Simon dedicated to the people of the Ukraine.

The show was splattered with songs from their last album Future Past, like the incredible live performance of ANNIVERSARY. The last part of the show was jammed with the biggest hits, including The Reflex, Save a Prayer and Rio, which celebrates its 40th anniversary this year.

The Reflex is a special song for Toronto and for the band. When the guys filmed the music video at Maple Leaf Gardens in 1983 it was like Beatlemania. The crowd was insane, as seen in the video itself. It’s the band’s big breakout and Toronto was part of that. Simon made that clear early in the show and once again when he introduced the song. At that point the crowd was in Elysium.

The best part of the show was a mix of four tracks from the band’s 1983 self-titled debut album – Careless Memories, Friends of Mine, Planet Earth and Girls On Film (which also included a portion of the Calvin Harris song Acceptable in the 80s). The debut album material highlighted some of that early magic that was brewing in the band and really showcases their New Wave roots. It was my favourite pieces of the show.

Performance wise, the band was tight and full of energy. John and Roger Taylor’s bass and drums pounded out some glorious new wave beats as Rhodes added some incredible synth – he looked elegant and graceful throughout the entire show, while spilling out gorgeous sounds. Brown gives the band a slightly poppier and suitable sound than Andy Taylor might have, but he paraded around the stage like he owned it. Le Bon is probably the most recognizable part of Duran Duran – that’s the voice that was carried over millions of radios in the 80s – and even though there were moments where it looked like he was fighting off a dry cough that was hindering him, the vocals were right on the money. He commands the stage with the most relaxed approach of any rock star I’ve even seen and somehow that works for him. The additional vocalists and saxophone gave the sound a full and wide sound that resembled the album versions of these great songs.

When the 100+ minute show was over, the 16-year-old me was more than satisfied and he got to live out his Arena experience once and for all. But something tells me, this isn’t the end, I’m sure he’ll “force” me to travel to the next Duran Duran show.