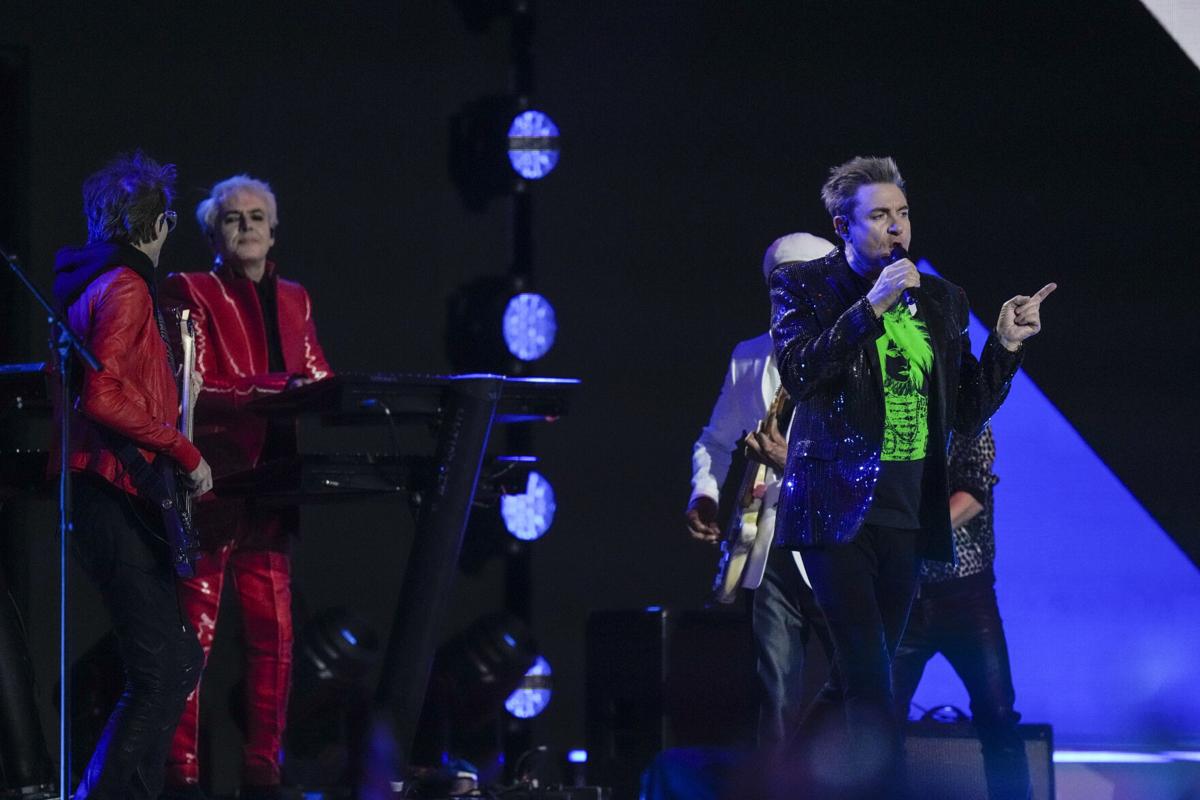 Duran Duran, who will be inducted into The Rock and Roll Hall of Fame in November, performed a nearly two hour show for the packed house. The group, featuring core members Simon LeBon, Nick Rhodes, John Taylor and Roger Taylor, remained energetic throughout the entire show and had the crowd up out of their seats for the duration of the performance.

The group, hailing from Birmingham, England, who made a strong mark in the genres of new wave and synth-pop during the '80s, is still at the top of its game musically. All of the group's members, including front man Simon Le Bon, commanded the stage in a dynamic way during the Chicago show.

Fans were definitely having a good time during the concert and the band also seemed like they were enjoying being on stage once again.

Le Bon remains the consummate and charismatic front man as he regularly speaks to the audience and travels from one side of the stage to the other as he performs.

"Anybody out there been with us since the beginning,?" Le Bon asked audience members. "We love you. Anyone just along for the ride, we love you too."

The Chicago show ended up being the first show of Duran Duran's current tour, after the official tour launch scheduled for Minneapolis was canceled. The concert tour will extend to mid-September.

Duran Duran opened its spirited show with "The Wild Boys" and proceeded with "Hungry Like The Wolf" and "Invisible."

The hits were nonstop on the group's playlist but Duran Duran also gave audience members a taste of their latest album "Future Past."

Among concert highlights were a superb version of "Notorious," "Come Undone," "A View To A Kill," "Planet Earth," "The Reflex" and "Girls on Film."

Duran Duran also performed "Ordinary World," which was dedicated to the people of Ukraine. "We should spare a thought for our brothers and sisters in Ukraine," Le Bon said, adding we should support them and wish them peace in their country.

The band's encore numbers were "Save A Prayer" and "Rio."

Opening for Duran Duran was Nile Rodgers and Chic, who led a real dance bash with hits such as "Everybody Dance," "Dance, Dance, Dance," "I Want Your Love," "Le Freak," Good Times" and others. Rodgers, who has worked on production for various Duran Duran projects, said "Our friendship goes back 40 years. I'm honored to be with them."