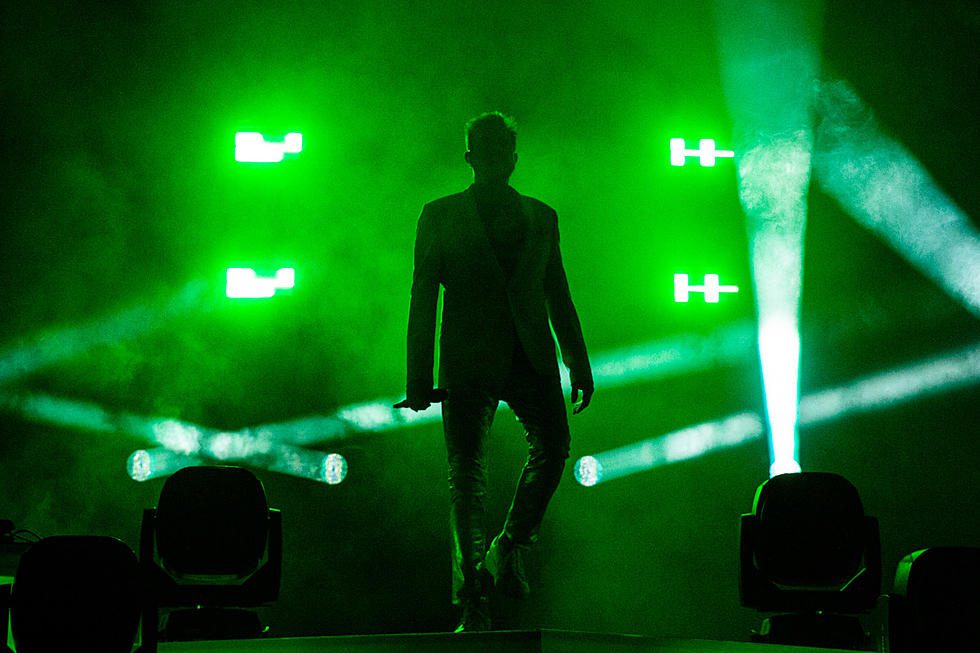 Duran Duran brought their world tour to NYC on Thursday night (8/25) for a big show at Madison Square Garden with special guests Nile Rodgers & CHIC. While Simon Le Bon, John Taylor, Roger Taylor and Nick Rhodes are out promoting their 2021 album Future Past, this tour is a hitfest, with classics including "Hungry Like the Wolf," "The Reflex," "Ordinary World," "Wild Boys," "A View to a Kill," "Planet Earth," "Union of the Snake," and many more.

For "Notorious," they brought out Nile Rodgers, who produced and played guitar on the song, to play on it, and they ended their main set with "Girls on Film," that turned into a cheeky cover of Calvin Harris' bloghouse hit "Acceptable in the '80s." They encored with two of their best singles: "Save a Prayer" and "Rio."

Nile Rodgers & CHIC's set was a hitfest, too, mixing the band's classic singles, including "Good Times," "I Want Your Love," and "Le Freak," with songs Nile Rodgers produced and/or co-wrote, including Diana Ross' "I'm Coming Out" and "Upside Down," Sister Sledge's "We Are Family," Madonna's "Like a Virgin" and "Material Girl," David Bowie's "Let's Dance" and Daft Punk's "Get Lucky."

Check out photos from the night by Ellen Qbertplaya, along with Duran Duran and CHIC's setlists.

Previous Article
Medazzaland 25th Anniversary!
Next Article
Duran Duran Blows The Mind of 16-Year-Old Me
News
Back to all news