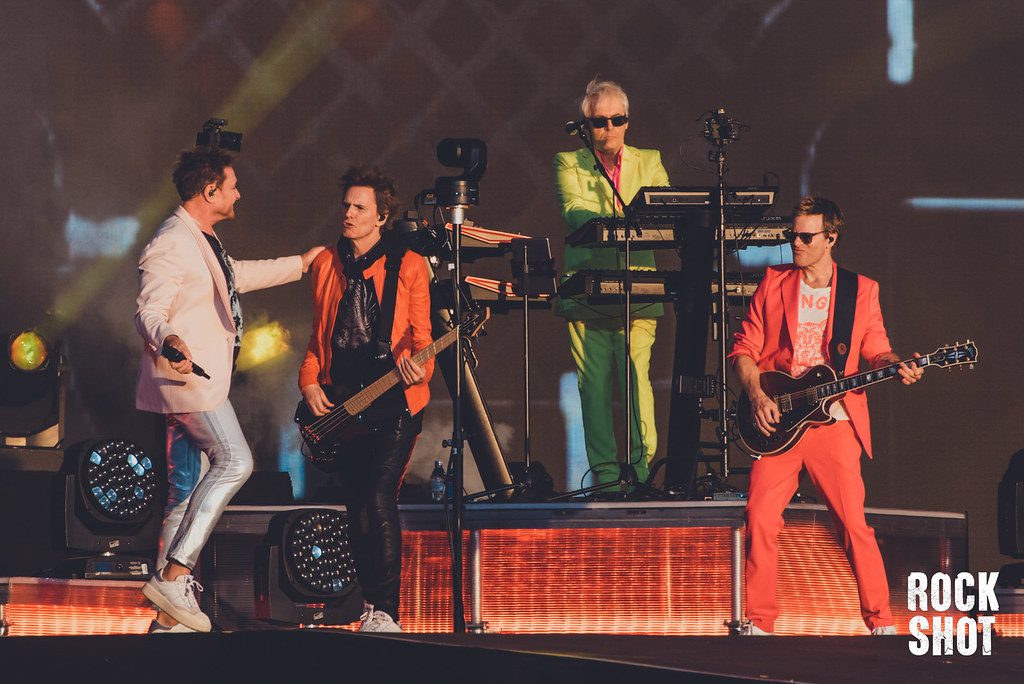 Originally scheduled pre-pandemic as a double headliner with Grace Jones and Duran Duran, this instalment of Hyde Park’s BST has been two years and many changes in the making.  Jones, who has been otherwise committed to curating this year’s Meltdown Festival, is replaced on today’s bill by the epic Nile Rogers and Chic. If there is a theme to the line-up today, it would probably be ‘luxury pop’.  Ahead of the top-line performers are the effortlessly cool Laura Mvula and ethereal singer/songwriter Aurora.

Mvula graces us with an understated and serene set, including the beautiful Green Garden which started a capella thanks to a technical hitch and a cover ofPrince’s I Would Die 4 U. Slotted between songs she draws in the crowd with gently self-deprecating jokes told in a rich Birmingham accent; a charming antithesis to her regal beauty and heavenly singing voice.

Hailing from Norway, the fair and elfin Aurora arrives like a cool breeze on BST’s Great Oak Stage. She floats in a chiffon gown and bustier setting off her trademark quirky ice-blond hairdo.  Her set evolves from delicate, haunting folk ballads elevated with pop beats to full-throated torch songs with chants reminiscent of Viking war cries. She easily incorporates her best-known tracks like Runaway, used for TV show The Following, and Running with the Wolves from Tomm Moore’s animated film Wolfwalkers.  Between her spinning dancing and thrusting gestures, she provides background to her songs in a diminutivespeaking voice. Causing raucous laughter she announces, “I’m going to get so sunburnt after this – but it’s worth it for you sexy motherf**kers!”  Swearing in that childlike tone is a hilarious violation of innocence.

With the sun high in the sky and temperatures soaring, the crowd welcomes an injection of energy from what may be the world’s greatest party band, Chic. We are treated to a medley of disco, funk and pop from Rogers-produced and penned super hits.  Nile Rogers and Chic are performing their classic show; a beautifully rehearsed and coordinated performance, designed to provide the audience with context on his nearly five decades in the music industry, his collaborations with the biggest stars of those eras and delight everyone with anecdotes both professional and personal. Countless feel-good hits blend together,illustrated by a montage on the screens of a gap-toothed and overjoyed Rogers with David Bowie, Diana Ross, Madonna, Donna Summer, Sister Sledge, DaftPunk and many, many more.  Despite the heat, the crowd stays on their feet for an hour-long musical whirlwind, joining Rogers completely Lost in Music and what he declares is ’Maximum Funkocity’.

As the sun drops down below the tree line and the sky becomes a cascade of neon and pastels it is a fitting time for a band who epitomised the art, culture and social aspirations of the 1980s. Duran Duran are using this long-awaited show on home turf to launch a summer-long tour across the USA.

The band are leaning into all of the successful elements of their long-running career: decked out in a mixture of neutral tailored blazers, Day-Glo ensembles and reflective metallics it’s hard to comprehend that they are in their sixties. Kicking off with Wild Boys their set is a list of greatest hits, peppered with ‘new’ material from last year’s Future Past album which tessellates with early numbers like Planet Earth and Girls on Film.   Girls on Film being given a tongue-in-cheek flourish by mixing in a cover of Calvin Harris‘ Acceptable in the 80s.

Special mention must be given to the accompanying unofficial band members:  The BST British Sign Language interpreters, who shine on songs like Union of the Snake, and lend comedy and poetry to the lyrics whilst making the festival brilliantly inclusive.

Simon Le Bon is still one of pop music’s great frontmen, his energy is electric as he bounds around the stage punching the air and high kicking, retaining enough breath to release his trademark complex phrasing, turning simple songs into sophisticated masterpieces. He is generous in his attention to his bandmates celebrating the whole ensemble and respectfully deferring to Nile Rogers as he returns to join them for Notorious and Pressure Off. Only the ever-louche Nick Rhodes spikily shoos away Le Bon, remaining barricaded behind a bank of keyboards.

The set is well designed with opportunities for the crowd to scream along in unison to sexy upbeat tracks like Hungry Like the Wolf and Tonight United and sway in the late evening warmth to Come Undone and Ordinary World. The latter was aptly dedicated to those fighting to survive the war in Ukraine.

Edging towards the encore the vendor lights around the park begin to blink on and off joining the performance on Hold Back the Rain adding to the visuals of the synthwave graphics on the screens. Closing out the show with Save a Prayer and Rio, Duran Duran remind us all that an innocuous three-minute pop song can become a marker in time; accessing memories and emotions that can replenish us in these weary and trying times.