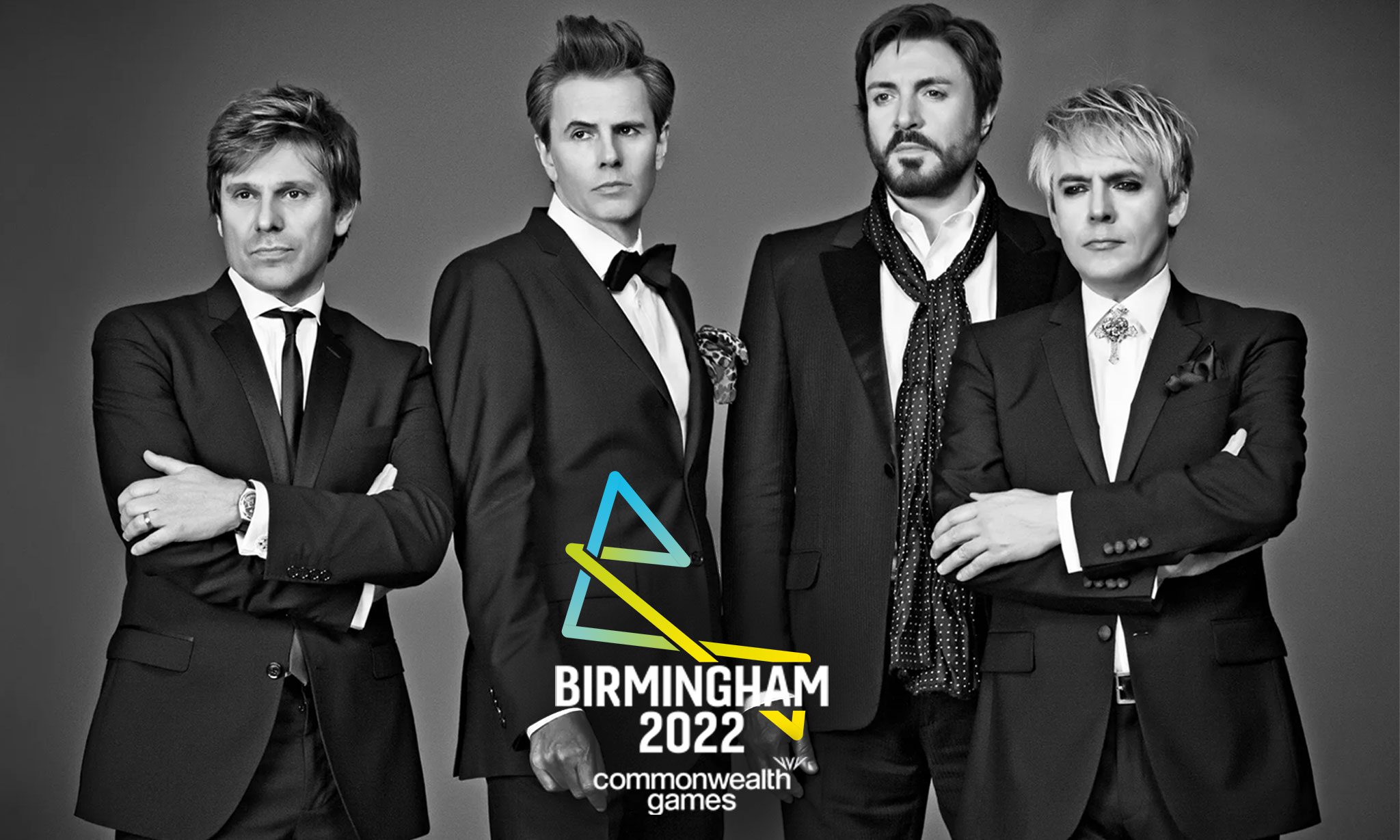 Iqbal Khan, Artistic Director of the Opening Ceremony for the Birmingham 2022 Commonwealth Games has today unveiled the music line-up that will provide the soundtrack for his ceremony.

Returning to the city where their four-decade career began, global hitmakers Duran Duran will be the finale to the Ceremony’s stunning musical offer, featuring some of the city’s most celebrated artists and promoting its emerging talent on a global stage, from Black Sabbath’s Tony Iommi to vocalists Indigo Marshall and Gambini, under the musical direction of rapper, artist and educator Joshua ‘RTKal’ Holness.

Birmingham’s Opening and Closing ceremonies will be staged at the newly-redeveloped Alexander Stadium in front of a live audience of over 30,000 people and a television audience of over a billion.

With the best of Birmingham’s creative minds at its helm, and its best-loved talent at its heart, this ceremony will be a major moment for the region with the world watching, brought to life by the sounds of this vibrant city.

Birmingham Conservatoire graduate and mezzo-soprano Samantha Oxborough will take the prestigious role of performing the National Anthem for the United Kingdom as part of the formal opening of the Games, supported by the celebrated City of Birmingham Symphony Orchestra under acclaimed conductor Alpesh Chauhan, while musicians from The Royal Marines deliver a rousing trumpet fanfare.

A massed choir of over 700 voices, comprised of 15 choirs from across the West Midlands will flood the arena, led by Carol Pemberton and Black Voices, one of Europe’s leading female a cappella groups.

These rich musical threads, will set the stage for iconic British band, Duran Duran to draw the Opening Ceremony to a close, performing four much-loved tracks from their remarkable catalogue.

“The Birmingham 2022 Commonwealth Games is a momentous event for the great city of Birmingham. And we in Duran Duran are honoured to be a part of it in our home town.”

“We are so proud to be returning to our home town to close the Birmingham 2022 Commonwealth Games Opening Ceremony. It is a true honour to be part of a global event that will bring sports people of all cultural backgrounds around the world together as one. Another milestone in a most incredible year for us.”

“It is so good to be participating in the Opening Ceremony of the Commonwealth Games this year, performing for the first time with the CBSO. It will also be exciting to hand around some of the world’s greatest athletes, hoping to get some fitness tips…”

With ceremonial traditions including the athletes’ parade and stunning firework finale, the Opening Ceremony will open the Games with spectacle and emotion.

Birmingham 2022’s Ceremonies will be held on Thursday 28 July and Monday 8 August, staged in the newly developed Alexander Stadium in front of over 30,000 people, and a global television audience of over a billion, broadcast live on BBC One and iPlayer.

The Opening Ceremony (8pm) will open the door to one of the largest sporting events held in the UK since the London 2012 Olympic and Paralympic Games. This will be creative showcase for the UK, as the Commonwealth gathers in Birmingham for an 11-day festival of sport and culture. The Closing Ceremony (8.30pm) is a finale event to bring the Games to a close, an epic party full of musical talent which will capture the sounds of the West Midlands in a fitting celebration of medals won and sporting endeavour.

Together, these events are two of the most high-profile moments for the Birmingham 2022 Commonwealth Games.

The Birmingham 2022 Commonwealth Games, which will be held from 28 July until 8 August 2022, will be a once in a lifetime opportunity to put the city, the region, and its people on the global stage.

The Games is already proving to be a catalyst for transformation across the West Midlands, attracting new investment and funding, creating jobs and apprenticeships for local people and new opportunities for local businesses, as well as accelerating projects that will ensure the region is ready to host a fantastic sports and cultural celebration.

Birmingham 2022 will be the Games for everyone, bringing people together from across Birmingham and the region, to provide a warm welcome to millions of visitors during the summer of 2022.

Find out more at www.birmingham2022.com