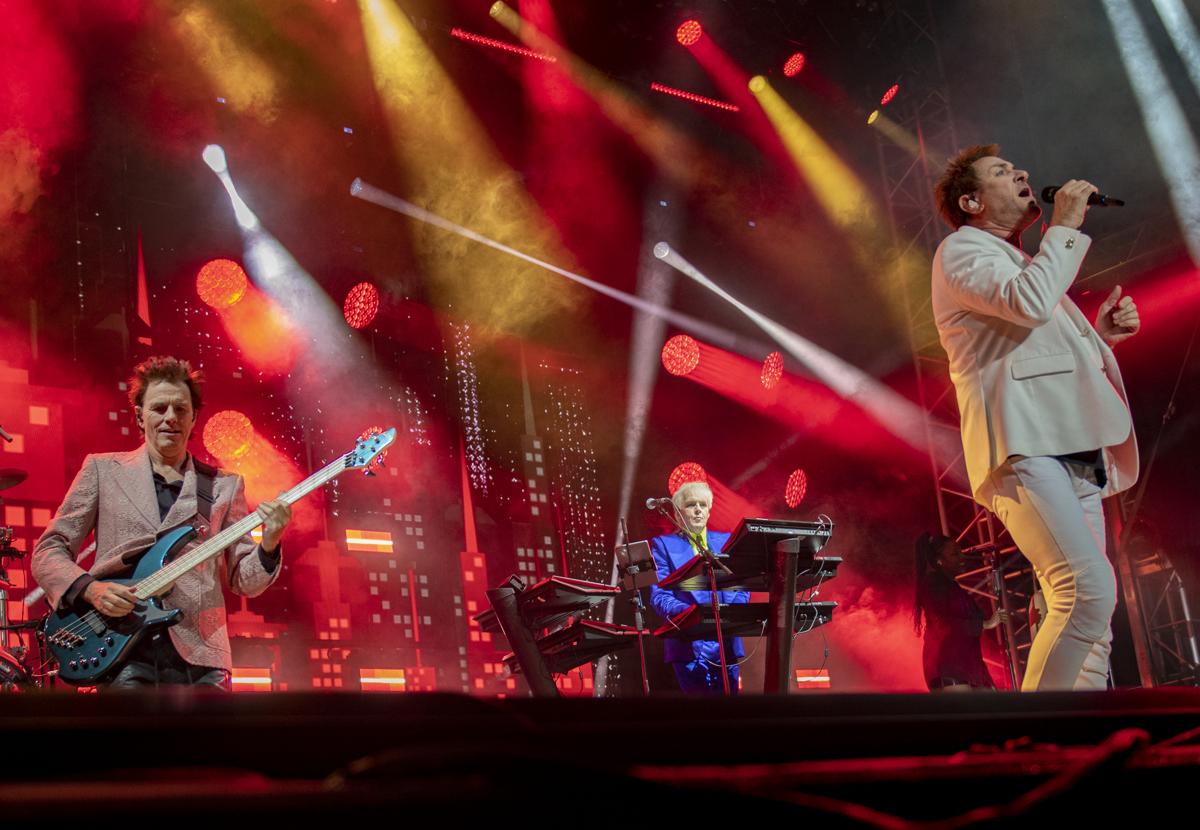 DURAN Duran need little introduction, so let's keep it short. Alongside Spandau Ballet and Visage the band were at the forefront of the New Romantic movement of the early Eighties. Their exotic, expensive music videos helped garner them a worldwide audience via MTV and record sales that still make them one of the world's best-selling artists.

It has been six years since their last album, Paper Gods was released and they have been quiet for some time now - at least here in the UK. But that is changing. They have a new single, Anniversary, out now and an album - Future Past - scheduled for release next month.

With an imminent headline appearance at the Isle of Wight festival the band returned to their roots last week playing two intimate warm-up shows at the Institute in Birmingham before visiting Scarborough Open Air Theatre for a sell-out show last night (Friday, September 17).

The evening's entertainment began with Glasgow’s Walt Disco who were pretty hard to describe. They've been labelled goth-glam and post-punk and they were certainly flamboyant, each with their own distinct look. Singer James Potter whose vocals veered between Dead or Alive’s Pete Burns and the Associates’ Billy McKenzie sported a lacy black slip and what looked like a headmaster’s gown.

Simon Le Bon later thanked them effusively when on stage saying they very much reminded him of Duran Duran in their early days.

When the main act walked on stage it was to a noisy, heroes welcome. Simon Le Bon (vocals), Nick Rhodes (keyboards), John Taylor (bass) and Roger Taylor (drums) were augmented by guitarist Dom Brown who replaced Andy Taylor when he left the band in 2006. After a few moments soaking up the adulation the band dived into Invisible from the upcoming album.

It was the first indicator that while the band was happy to play a crowd-pleasing set of old favourites, they also planned to take the opportunity to share some of the much-anticipated new material too.

After testing the water with the new song they followed up strongly with The Reflex, Notorious and the new single Anniversary.

Anniversary in particular was excellent. Clearly written around and for the band’s 40th anniversary, the band have come up with a song that deliberately sounds like classic-era Duran Duran.

Bassist John Taylor recently said: "It was fun to build a track with hints of previous Duran hits, they’re like Easter eggs, for the fans to find.”

Mid-set consisted of A View to a Kill and a few deeper tracks including Come Undone, Friends of Mine and the Janelle Monáe/Nile Rodgers' collaboration, Pressure Off which climaxed in a huge explosion of confetti.

Their first hit, Planet Earth, was epic with John Taylor’s pumping bass riff driving the song along like a juggernaut.

Cuing the next song, Le Bon told the crowd: “The last two years have been awful for so many. We missed you guys, we missed being here in front of you. It’s very special for us getting back to doing this. We have a song called Ordinary World and over the years it’s sort of taken on different meanings and we really do want to get back to something like an ordinary world.”

A cover of Melle Mel's White Lines was rowdy and energetic paving the way for a rip-roaring Girls on Film which they segued into Calvin Harris's Acceptable in the '80's.

It was a fun way to end the main set.

Naturally the band had not finished and encored with Le Bon on an acoustic guitar for Save a Prayer. “It’s the only song they allow me to play guitar on,” he joked.

Another cover, this time of Lou Reed's Perfect Day followed which segued into Wild Boys. Finally, it was time for Rio and eight thousand people blissfully singing along with the band under another shower of confetti the as the 2021 season at the Open Air Theatre came to a close.

Duran Duran proved they still have what it takes. It was a wonderful performance spanning their whole career and brought us back up to date with several new tracks.

The band looked in great shape with Nick Rhodes, resplendent in a bright blue suit and yellow shirt, in particular seeming to have defied the ageing process.

Le Bon asked whether we liked Rhodes's suit to which their was a huge cheer. "Good," he replied, "You paid for it."

After a year of Covid, the stops, the starts and the continued uncertainties, everyone involved with putting on such a terrific season of artists right on our doorstep deserve a huge pat on the back.

Some of next year's shows have already been announced including The Wombats, Westlife, Crowded House, Bryan Adams, Lionel Richie, Lewis Capaldi and Ru Paul's Drag Race and are on sale with further shows to be announced.