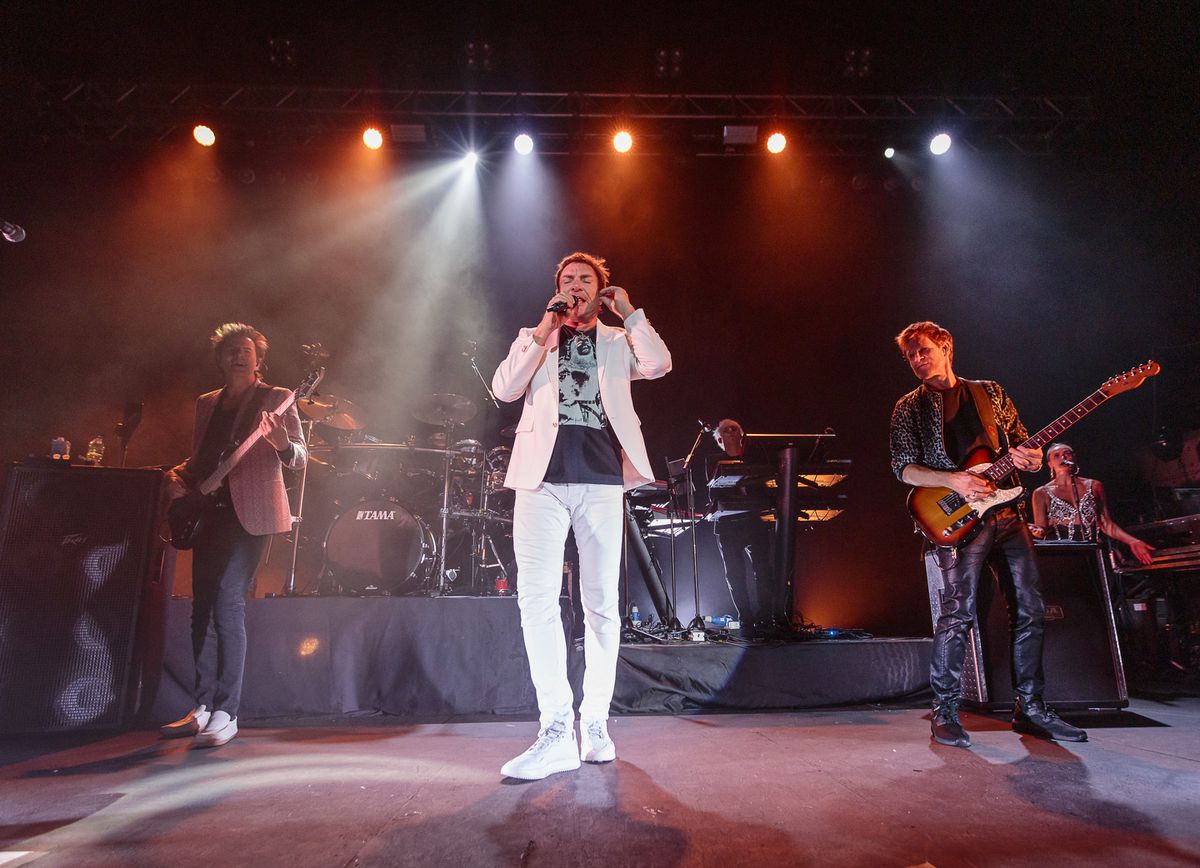 Iconic 80s band Duran Duran lit up the stage as they returned to their home-town of Birmingham for two sold-out performances.

Fans of the popular award-winning band took to the O2 Institute in Digbeth on Tuesday for an intimate gig as part of two tour dates.

The performance came ahead of the release of the keenly-anticipated album Future Park which is set to be released on October 22.

And it saw them perform a string of their hit songs including Rio, Ordinary World, A View To A Kill and Hungry Like The Wolf.

The band posted on Facebook after the gig: "Oh what a night! Thank you O2 Institute Birmingham and thank you to everyone who came out."

Tracy Lewis, who attended the gig, said on social media: "What a night! Fantastic, looking forward to doing it all over again in Scarborough on Friday! So glad I've stuck with the band since I was 11. Thanks guys, you are the best."

Kathy Webb added: "What an amazing night! The guys were obviously loving playing in front of an audience again and Simon sounded phenomenal."

Another said: "It was the most enjoyable Duran Duran concert that I've been to. Great to see them in a smaller venue. Security were very good with the Covid checks."

One person described the performance as "intimate and truly magical" on a "truly amazing night" whilst another said they "loved every minute" of the special performance.

Tickets for both Birmingham dates went on sale at 9am on August 27 but had sold out in a matter of hours. And the band will perform their own Scarborough Open Air Theatre on Friday and will headline the Isle of Wight Festival on Sunday.

Duran Duran's new album Future Past sees them join forces with biggest and most successful names of the past 50 years – and it is the long-awaited follow-up to their Paper Gods album in 2015.

It features guitar work from Blur‘s Graham Coxon and piano from Mike Garson. Production duties have been handled by Erol Alkan, Mark Ronson and Giorgio Moroder. Their first single on the album – Invisible – was released online in May.

John Taylor and Nick Rhodes formed Duran Duran in Birmingham in 1978, where they became the resident band at the city's Rum Runner nightclub.