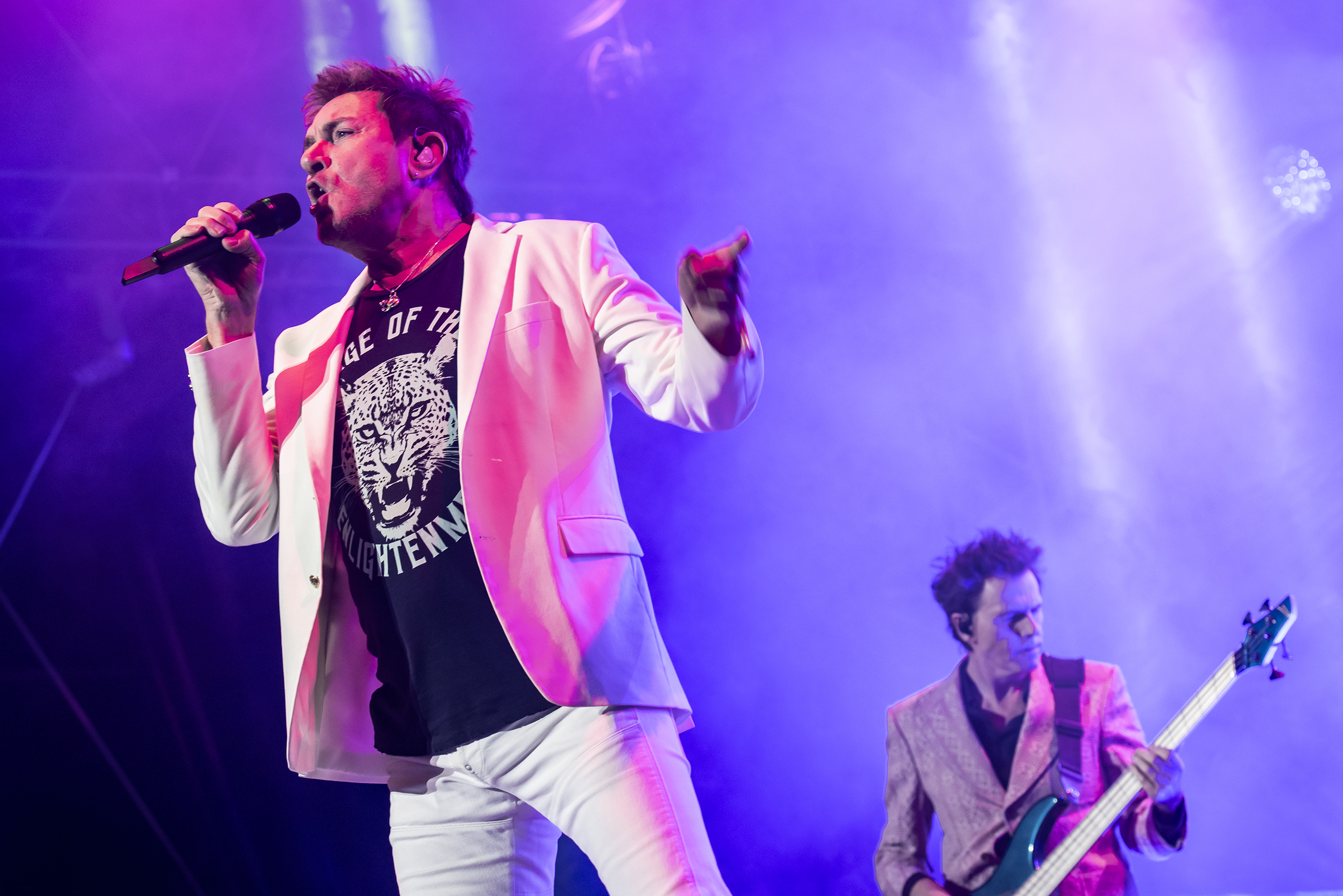 Pop music is transient by nature. Couture doubly so. Plus we were all doomed anyway according to Planet Earth, their first sci-fi single of ’81. Any civilisation that makes its gods from so much hair gel, Max Factor and pirate blouses is on borrowed time.

But the Birmingham lads are impervious to such sneery brickbats. There are 100 million record sales in the bank and their 15th album, Future Past, is stronger than many of its predecessors.

“Yeah, they definitely got to me at times,” he admits. Though sprung from punk, Duran Duran’s embrace of MTV boy band glamour was never going to fly with the cred police.

“But then, it doesn’t take much to remind yourself what you’re really there for,” he says. “If you really love music and if it makes you thrill, like we do when we come up with something new … it just smears the Cool Nazis off the plate.”

The addition of Blur guitarist Graham Coxon speaks of the band’s skill for blending cool new ingredients into a sonic template – oodles of synth, slapping funk bass, thwacking ’80s drums, dramatically pitched vocals – that remains utterly identifiable with classics such as Girls On Film and Hungry Like the Wolf.

“Mark Ronson! Giorgio Moroder! Mike Garson!” Le Bon elaborates of the guest list. Japanese rock girls CHAI turn up, too: More JOY! is a song that insists on the titular good stuff despite lyrics that, overall, lean towards the more bleak and ominous side of the human experiment.

“But life is bleak, isn’t it?” Le Bon responds. “Part of living is getting used to the bleakness of life and going, well, that’s what it is, and accepting it.”

Hence the grim empathy of first single Invisible, which addresses the perfect storm of isolation wrought by modern power structures, technology and COVID-19. Or the title track, which invites us to wave stadium scarves to the inevitable demise of the very moment we’re enjoying.

“You can’t relive the past, but you can remember it,” the singer says. “The real point of the song is that every moment you’re living now is going to be a memory in the future. It will be a future past.”

As pop idol turned grandpa, he knows of what he speaks. “I think I’m less of a fantasist now. I think my lyrics are more about real things. I’ve lived more. So I’ve actually got more to write about. I don’t have to make it up so much.”

Does reality worry him? “I feel that we’ve got a lot of people trying to worry us. OK, so climate change is a big worry, but I think the worry is starting to work and people are starting to do something about it.

“The rise of repressive regimes ... that does worry me a bit. But I also have faith in youth and in humanity. And I think youth and humanity will win out.”

He sounds like he means it. Even back in the MTV days that launched a million fantasies, he insists he never felt pressured to make anything up for brand purposes.

“No, never … That’s called being self-conscious. Which to me is the absolute enemy of creativity. As soon as … you try to see yourself as other people do, then you lose your connection, because you’re really talking to yourself. Not to anybody else. I always thought that what I had to communicate was more important than the way I looked doing it.”

It’s a big statement for a man who always looked so great. The yachting lark of Rio and the Mad Max vibe of Wild Boys helped set the pace for pop video in the ’80s. Invisible furthers the band’s futuristic reputation as the first video made by artificial intelligence.

It’s a bit rubbish, frankly, compared to the intelligence that designed the music video to Girl Panic! in 2011 (directed by Jonas Akerlund, styled by Dolce & Gabbana). A brilliant satire of pop excess, it features Duran Duran played by supermodels with the band as music journalists asking sycophantic questions.

“You have had some truly shocking reviews over your career,” Rhodes tells himself, played by Eva Herzigova. “Damn,” she enthuses. “I’d love to read all of those.”

“We really do love music,” Le Bon concludes. “It’s a lifelong passion. And I think we’ve been getting better at it. It’s much easier for us to figure out which are the good ideas and which ones aren’t so good. So we spend less time working on stuff that’s not going to make it onto the album. Which is more time to play with your dog and your grandchildren.”