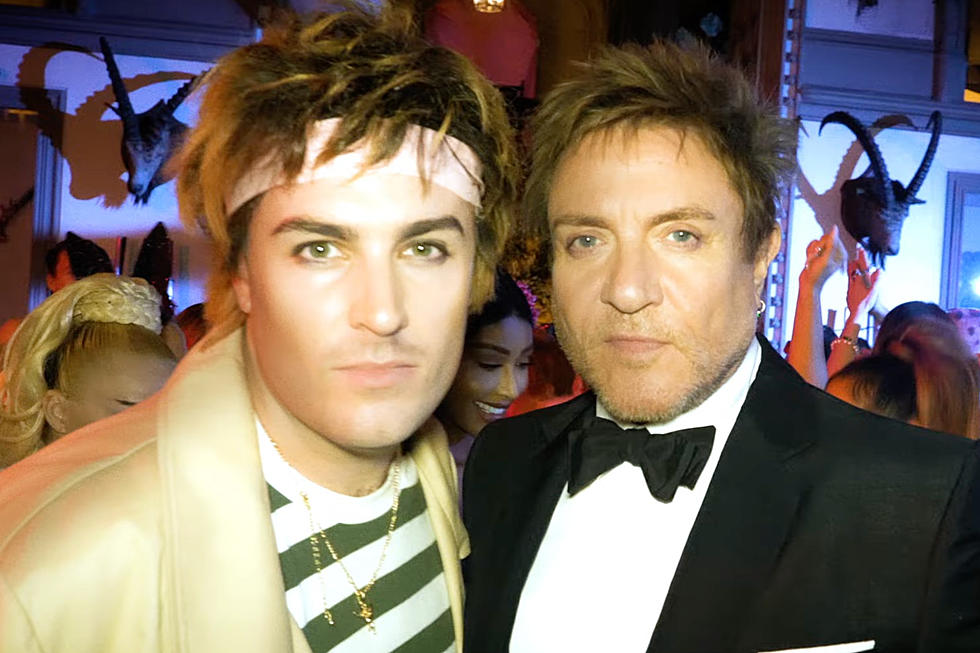 Duran Duran mingle with celebrity look-alikes at a decadent, castle-set party in their lighthearted “Anniversary” video.

The clip, directed by artist, filmmaker and photographer Alison Jackson, features the band members hanging with doppelgangers of Elton John, Daniel Craig, Lady Gaga, Dolly Parton and even themselves. There’s dancing, poker, a red carpet-style entrance and a climax where almost everyone jumps into a pool.

Jackson said in a statement that she was “thrilled to have been asked” to create the video, “creating an iconic party for their 40th anniversary, bringing celebrities together from past and present.”

Bassist John Taylor commented on the track itself, calling “Anniversary” a “special song for us.”

“Obviously we were conscious of our own impending 40th anniversary of making music together, but we wanted the song’s meaning to be inclusive in the broadest possible way,” he said. “After playing and working together for so long, we very much appreciate what ‘being together’ and ’staying together’ can really mean, it’s not something we would have thought song-worthy 40 years ago but we do today! It was also fun to build a track with hints of previous Duran hits, they’re like Easter eggs, for the fans to find.”

The group returned to live performance in mid-September, playing their first full-length concert since fall 2019 with a gig in their hometown of Birmingham, England.