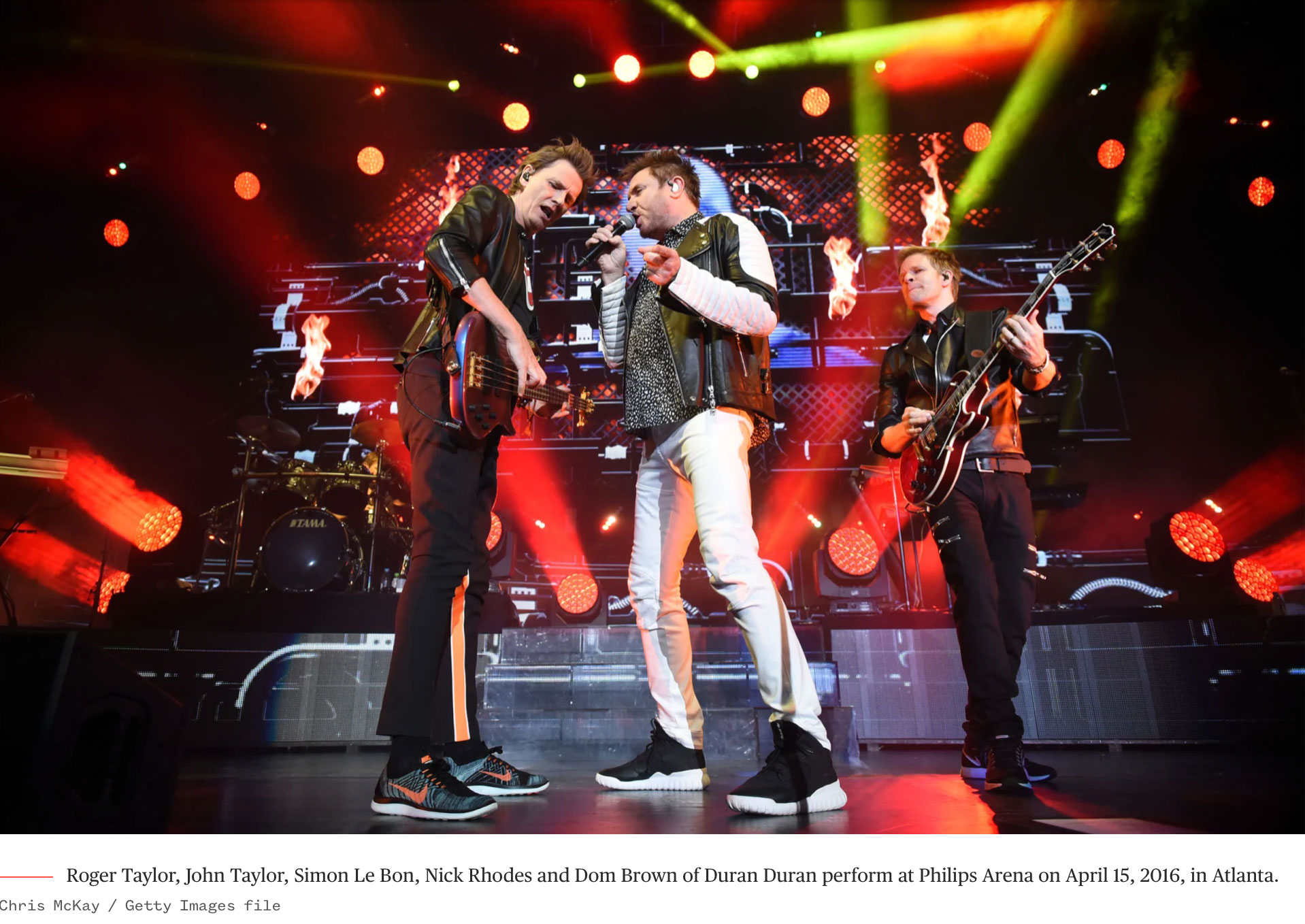 When Duran Duran jumped onto the global music stage in the early 1980s, critics dismissed them as just another teen boy group, albeit with good musical chops, who were most likely the flavor of the moment. But the band continued pounding out albums and scoring hits, and this Sunday’s live performance at the Billboard Music Awards with Blur’s Graham Coxon proves just how wrong the naysayers were.

Time has shown that their blend of pop, rock, dance and funk has an enduring appeal that crosses generations, with their last album, 2015’s “Paper Gods,” going Top 10 in America and Top 5 in the U.K. Their newest effort, “Future Past,” arrives Oct. 22, with its first song “Invisible” out this past Wednesday. Four decades after the release of their self-titled debut album, the band is still procuring mass media exposure, headlining major festivals and appearing on an awards show alongside modern pop icons like BTS, The Weeknd and P!nk. That’s no small feat.

The group was certainly a trendsetter back in the day with songs like “Rio” and “The Wild Boys.” While some might accuse them of trendiness — notably by working with Justin Timberlake and Timbaland on their underappreciated 2007 album “Red Carpet Massacre” — part of their secret sauce is no doubt the ability to follow their own sense of style while choosing top-notch collaborators like singer Janelle Monáe, bassist Nile Rodgers and, now, producing legend Giorgio Moroder. Even during the ’90s when sales were often a bit choppier (1993’s popular “Wedding Album” aside), they never catered to grunge or alternative trends like other ’80s groups did; they retained their stylish image on their own terms.

Even with their continued success, there have been other bumps in the road. By the mid-1980s, the pressures of fame and expectations fractured Duran Duran into two platinum-selling side-projects: The Power Station (with guitarist Andy Taylor and bassist John Taylor) and Arcadia (with singer Simon Le Bon, keyboardist Nick Rhodes and drummer Roger Taylor). Andy Taylor and Roger Taylor departed thereafter, and the band soldiered on successfully for awhile with guitarist Warren Cuccurullo. John Taylor left in 1997.

A reunion of the classic lineup came in 2001, and the Fab Five returned with the 2004 album “Astronaut” and its Top 40 hit “(Reach Up for the) Sunrise.” Although guitarist Dom Brown very capably replaced Andy Taylor after that, the best album of their newer work, “All You Need Is Now,” hearkened back to their ’80s sound — but with the matured lyrics and superior musicianship that come with life experience. The recent output easily makes the case that iconic bands can record some of the best music of their career 30 years into it. Yet it seems many Gen Xers who grew up on Duran Duran’s music are unaware of how great many of their new songs are.

Sure, Le Bon continues to croon about time-honored topics like relationships, bad girls and club nightlife. But recent Duran Duran songs also reflect more cerebral concerns, such as the media’s obsession with “Other People’s Lives,” digital voyeurism in “Zoom In” and human over-reliance on technology in “Blame the Machines.”Often, they manage to combine the two arcs. Le Bon has mentionedthat “Invisible” is about a one-sided relationship, but pair that sentiment with the song’s AI-generated video and it could be speaking to the isolationism spawned by our social media world. Yeah, they’re often still upbeat and fun-loving, but Duran Duran balances the equation with contemplative moments.

There’s often a criticism of “heritage artists” — veterans with extensive catalogs — as being dated or out of touch. But that isn’t fair to Duran Duran or the times they’re living in. The sounds and grooves that made the Fab Five a sensation back in the ’80s are in vogue again, as the decade still exerts a major influence on today’s popular culture. Duran Duran’s career has come full circle, still working their classic vibe even as they experiment with modern ideas.

If the new single “Invisible” is any indication, “Future Past” will continue that tradition in October.