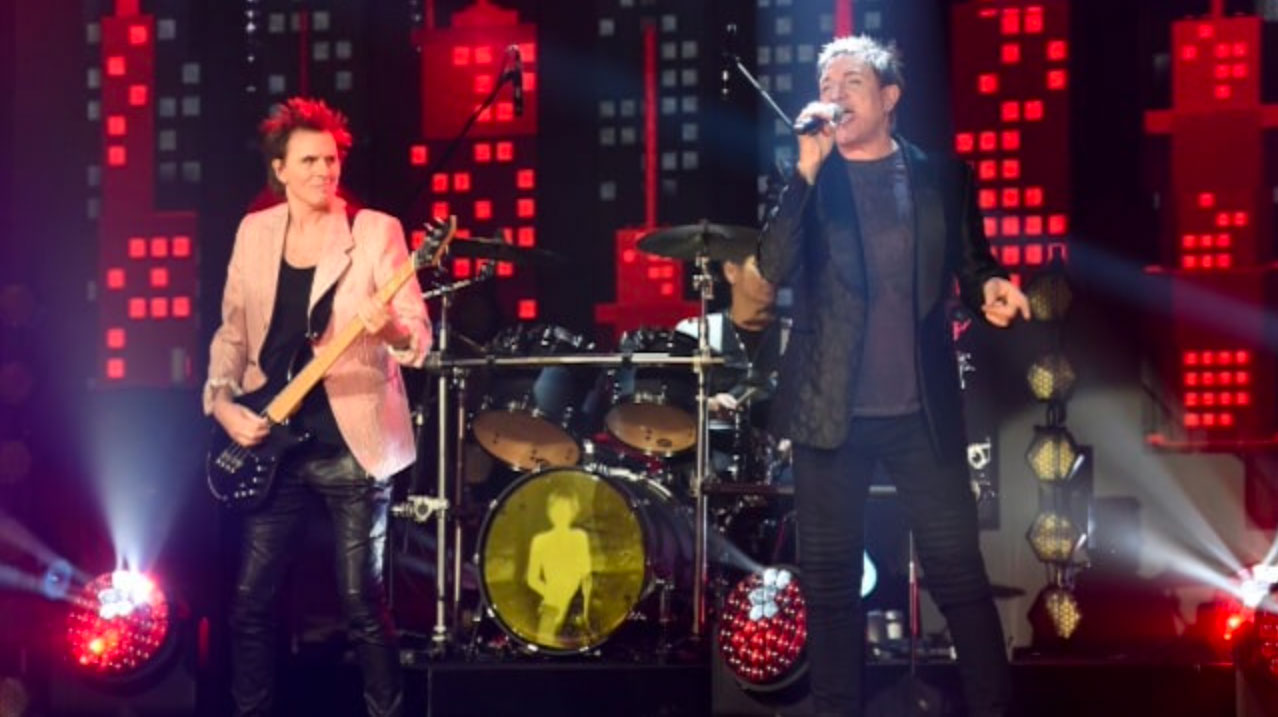 Duran Duran's short medley at the Billboard Music Awards was a resounding answer to critics and sceptics who have frequently derided them as being out of touch, sometimes even in their prime.

The Billboard Music Awards 2021 were predictably dominated by young musicians like The Weeknd, Taylor Swift and of course, the immensely popular Korean pop band BTS. Although the likes of AC/DC were also nominated in the Top Duo/Group category, the granddads of rock were outnumbered in a category dominated by young blood. The process of awarding the winners has, in fact, always been about creating and backing new trends—something one usually associates with younger artistes.

Given that their measure for deciding winners has to do with album and digital songs sales, streaming, radio airplay, touring, and social engagement that are tracked year-round by Billboard and its data partners, it's understandable that their audience today is decidedly millennial. Unsurprisingly, artists like Justin Bieber, Harry Styles, Ariana Grande, et al, were significant parts of the nomination lists. In a year that has seen a marked rise in digital sales, one can safely look at online music consumption as largely being the preserve of the youth through streaming sites, downloads and more. The BBMAs has always had its finger on the pulse thus consistently seeing the trend of young artists ruling the roost.

So, when they announced that 80s pop-rock band Duran Duran was to perform a three-song medley, it sounded terribly anachronistic. The only thing more out-of-place we’ve experienced in India was when Backstreet Boys were called to headline the Rock in India festival in Bengaluru over a decade ago, when they were over a decade past their prime. Not to mention the faulty juxtaposing of genres, but that’s for another day.

And if one may be entirely honest, Duran Duran were expected to be a rather forgettable performance in the melee of energetic, squeaky clean pop. The thing is Duran Duran has always been around. They have never officially disbanded though they have made several attempts to collaborate with other artists, they have tried to regroup the original lineup and sometimes just done cameos at festivals and events. They represented England at the London Summer Olympics 2012 opening ceremony where Snow Patrol performed on behalf of Northern Island, Paolo Nutini for Scotland and Stereophonics for Wales. They have regularly had spurts where they’ve made their presence felt, the last five odd years having gone into touring and working on an album or two.

Starting with their 1986 hit 'Notorious', Duran Duran went on to perform 'Invisible' from their upcoming album before ending with one of their most famous songs 'Hungry Like the Wolf'. Sandwiched between two classic hits, Duran Duran unveiled their most contemporary creative effort in a rather strategic manner; old timers lapped up the new song willingly as the classics played to their nostalgia, whereas the young audiences of today got to see how some of the sounds that they’re accustomed to, are actually from a bygone era.

Duran Duran are not new to cynicism from audiences and critics. Even when they broke into the scene back in the MTV-led 1980s, they were immediately clubbed with the other boy bands of the time. Sure they were immensely talented but the stage was so overcrowded with similar sounding and looking bands, that Duran Duran has frequently had to segue into blending genres and sounds to create their own identity.

They have constantly mixed rock with pop, funk, electronic and dance, and their most loyal fans have remained so because there’s just so much variety in terms of sound that the band has been willing to offer. For critics, often it has been hard to pin down the band and label it, making it easier for them to club Duran Duran unfairly within categories they don’t always fit into. From 'Rio' to 'Come Undone', 'Ordinary World' to 'Save A Prayer', the band has never shied from experimenting with sounds and that in many ways has been the secret of their endurance over decades. They have cleverly collaborated with their contemporaries, allowing them the space to take their music in any direction. Their debut single over 40 years ago, 'Planet Earth', put them as leaders of the new synth-pop sound at the time, and their career has ever since been about fearlessly crossing different sonic frontiers.

They have been trendsetters even as critics have sometimes been sceptical of their trend-seeking motives. At the peak of their career in the early 90s, the band released an all-cover album Thank You, drawing praise from the likes of Led Zeppelin and Lou Reed, whose songs have featured in it. Cover albums were not part of the MTV generation formula, yet Duran Duran went ahead with it rather successfully. Over time, even as they were true to their own 80s sound, they had the maturity to imbibe from the music world around them through their collaborations and decide what works for them.

In 2020, the founding member Nick Rhodes confirmed that Blur’s Graham Coxon and singer-songwriter Lykke Li were collaborating on an upcoming band that also will have creative inputs from the likes of DJs Mark Ronson and Erol Alkan, as well as legendary composer-producer and Father of Disco, Giorgio Moroder. This roster itself is indicative of the kind of sound they’re looking to go for, with their 80s sensibilities not being far behind.

If their performance at the BBMAs is anything to go by, Duran Duran's return is happening at a time when the retro 80s sound has permeated through modern music today. From The Weeknd ('Save Your Tears' remix) to Dua Lipa ('Levitating'), BTS ('Butter') and Carly Rae Jepsen, artists of today are incorporating the 80s sound through instrumentation and songwriting, and even resorting to retro remixes. Beyond just lifting the synth sound of the 80s, these trailblazing artists today are also looking at the overall vibe of the time and attempting to recreate it for an audience that has no idea what that decade sounded like. Music trends, like fashion, is cyclical and the pop culture of today is harking to a time when Duran Duran was most relevant and certainly most successful.

Against this backdrop, Billboard’s decision to have Duran Duran play that 3-song medley is their way of saying "Let's show the kids how this is done". Thankfully, Duran Duran didn't come undone.