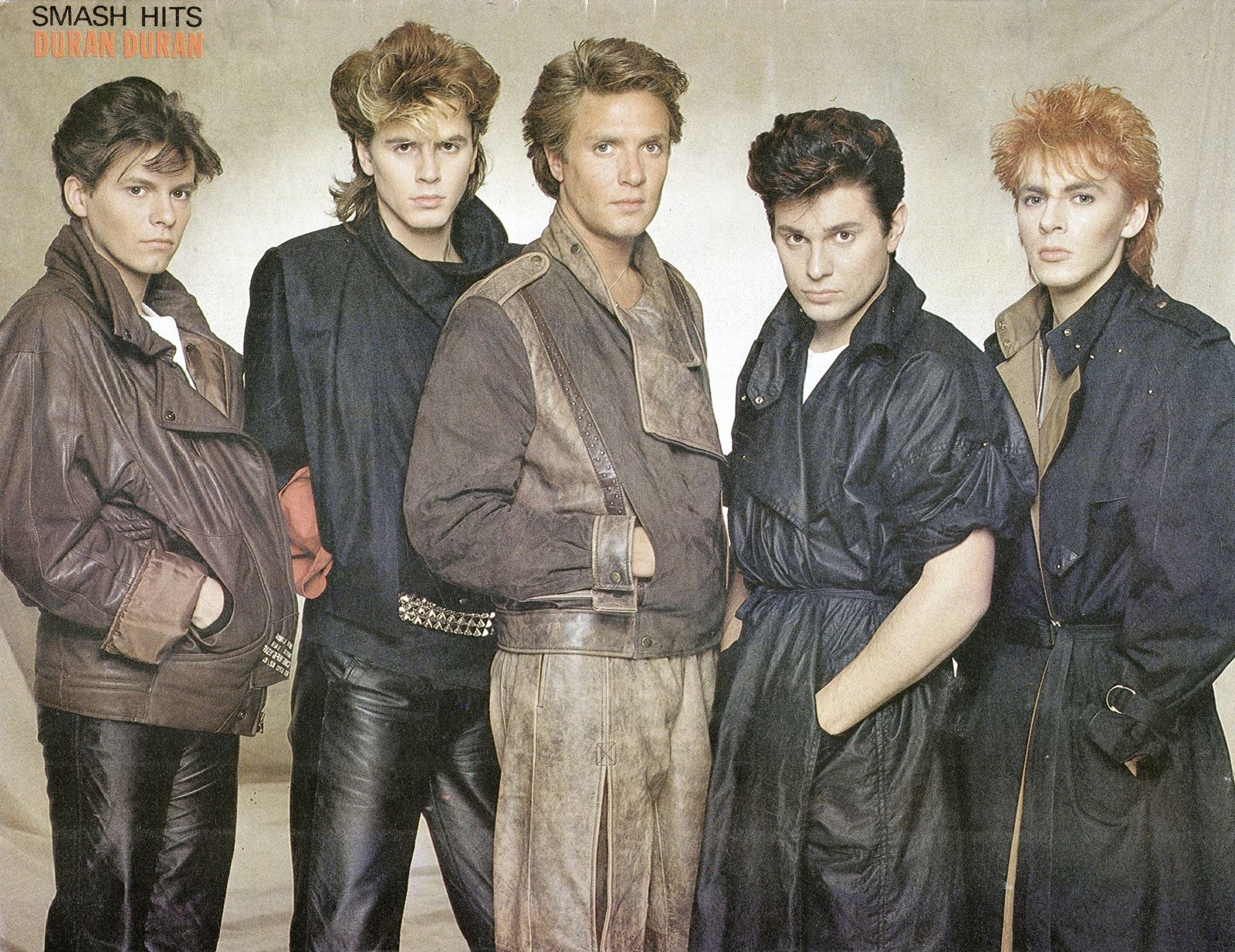 80s pop legends Duran Duran are set to take over TV on Friday night with a string of programmes dedicated to them on BBC Four. The band were barely out of the charts in the early-to-mid 80s, scoring two number one singles, selling albums by the truckload (to date they’ve sold over 100m records worldwide) and winning the hearts of fainting teenagers everywhere. In fact, some of those songs have endured so much that you’ve probably never stopped listening to them. Let’s remind ourselves of some of those gems which still sound awesome to this day…

The band’s first ever hit, and the one which kickstarted their whole era of frilly shirts, floppy fringes and lyrics which were – ahem – open to interpretation (‘My head is stuck on something precious, let me know, if you’re coming down to land’). Plus of course, you can dance to it. There is nothing about this we don’t love, and if you’re not familiar with the band then it serves as a great introduction.

This one often gets overlooked on the basis that it stalled at number 37 in the charts but it’s fab and dramatic in the way that only a bit of early 80s electronica can be, complete with Simon Le Bon shrieking ‘WITH A CARELESS MEMORY!’ at regular intervals. Underrated and then some.

This might not have been a single but it’s still a standout track from the band’s debut album and therefore is worthy of mention. Plus we cannot get enough of this video. LOOK HOW YOUNG AND FRESH-FACED THEY ALL ARE.

Would any compilation of Duran Duran songs honestly be complete without this electropop classic? No, we suspect not. And yes, this is the one that got in trouble for having a slightly saucy video, because that kind of thing caused much clutching of pearls back in 1981.

Aka the definitive Duran Duran song, was a firm fan favourite back in the day. And is still one of the best things that the band ever committed to vinyl, CD or any other musical format.

The song that truly broke Duran Duran from new romantic to full-on teen heart-throb status when it catapulted all the way up the charts to become their biggest hit at the time. And that sweat-soaked video still has the capacity to make women of a certain age ‘go a bit funny’ to this day.

The title track from that second album of theirs, even all those decades on we can’t get enough of Rio. And let’s not forget the video which just made us want to pack up and move to Antigua and live on a boat (preferably a boat with John Taylor on it) for EVER.

Rio’s album closer might not have been a single (it was on the B-side of Rio when it was released in 1982) but it’s a fabulously haunting song which warrants your attention. And yes, we have noticed that in spite of its title the word ‘chauffeur’ isn’t mentioned once in the lyrics.

Not their best song by any stretch, but warrants a mention for being the band’s first number one, plus the sheer excitement of it going straight in at the top spot (a rare occurrence in those days when you had to buy actual records instead of downloading music) will live with people of a certain age for ever. But we still can’t quite forgive it for the ‘you’re about as easy as a nuclear war’ lyric.

The band’s second number one single, spending a whole four weeks at number one back in 1984 (it was knocked off the top by the equally majestic Wake Me Up Before You Go Go). Chuck in a video with a load of squealing, enthusiastic fans in it and you’re on to a winner.

We didn’t get a whole lot from Duran Duran in 1985, but they did find the time to perform the theme to Roger Moore’s final outing as 007 – and we love them for it. And not just for the bit in the video when Simon steps forward to the camera and announces his name is ‘Bon…Simon le Bon.’ See, they just don’t make music videos like that any more.

Just when you thought Duran Duran had peaked following a very lengthy break from the charts (to allow Simon le Bon time to get trapped in a capsized yacht and give everyone apoplexy), they came back with this absolutely killer comeback track, which might have been very different from what we’d come to expect from them but was no worse for it. Later won itself a new audience after being featured in 2002 cult hit Donnie Darko.

It might not have been released at the peak of their career, but this is still regarded by many as the best thing Duran Duran have ever done – it’s a soaring, brilliant ballad made even more brilliant, in fact, due to it not being released when they were scaling the giddy heights of teenage girl hysteria. They’ve still got it, you guys.

They might not hit the charts with such frequency any more, but that hasn’t stopped Duran Duran from releasing some pretty decent songs – and we particularly like this homage to the origins of their name (because they’re named after a character in the Jane Fonda movie Barbarella, in case you didn’t know). It’s fun, it’s funky, and everybody gets to lark about a bit with robots in the video. Job done.

Proving that they still have ‘it’, Duran Duran slammed back into the top five in the noughties with an anthemic little number which proved they could take on all those young pretenders and beat them at their own game any day. And it’s darned good live.