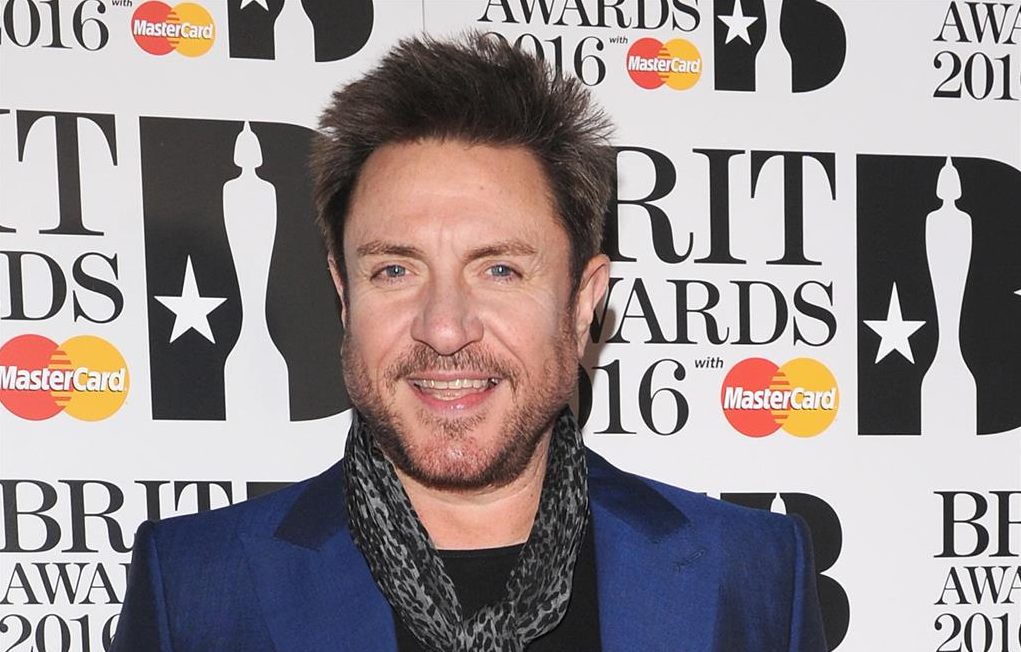 Please, please tell me now, is there something we should know about the BBC’s Duran Duran night?

It’s not about looking forward or back, it’s more about looking at how we got here. It’s not about nostalgia. It’s our story from a bedroom in Birmingham to playing in nightclubs to city halls to arenas all around the world. We all thought, why not? We haven’t done anything like it before.

Andy Taylor has left — how have the rest of you kept together?

It’s the four of us and we know we’re not worth as much individually as when we’re together. The thing that’s great to mark is that we stayed together and how much we respect each other, how much we laugh when we’re together. That we’re careful and value that marriage, that we’re considerate of each other — even though I say things that can drive Nick [Rhodes] potty.

It can’t all be sweetness and light, can it?

We do have the odd falling out but that’s usually in the studio and can be put down to what you’d call musical differences. Once we’re out of the studio we can put it behind us.

You’re still making new music. Is there anything current that inspires you?

To be honest, there’s not a huge amount of stuff around now that I listen to, nothing that reaches me. The charts are pretty dire. So I’ve been doing quite a lot of retro listening lately.

I’m listening to the album Transformer by Lou Reed. I’m a new grandfather [his daughter Saffron gave birth to a son on June 6] and my son-in-law Benji decided to play Lou Reed to the baby — which got me listening to it again. It’s a great album.

[Without missing a beat] ‘Just a New York conversation, gossip all of the time/Did you hear who did what to whom, happens all the time/Who has touched and who has dabbled here in the city of shows/Openings, closings, bad repartee, everybody knows…’ He’s going to be a cool baby.

Do you have any memories of writing your own lyrics?

The song Rio. I wrote that when I was sitting in a bar in Birmingham and I was letting myself fall in love with one of the waitresses, the way she was moving, the way she was chatting and charming people. I wrote it down on the back of a napkin. Don’t ask me to explain the lyrics of The Reflex, though.

Duran Duran were fashion leaders. How did the headband look come about?

That was an accident. We were playing Sheffield City Hall, around 1981, and the dressing room was boiling hot and we needed something to soak up the sweat. Roger [Taylor] picked a towel up and he just wrapped it round his head. John [Taylor] did the same and we all went on stage with towels wrapped round our heads. We turned the towels into headbands and wore them on the covers of Jackie and Smash Hits. It was all very Jane Fonda Workout.

Did you get any grief because of your New Romantic make-up and fancy threads?

We didn’t, really. Because we were in a band and a group of people and we all used to hang out together, I think people were intimidated by us, to some extent. It happened to me in Pinner, though, where I grew up — I was banned from the pubs.

Duran Duran night takes you back to your choirboy roots…

I met Mr Tierney, my old choirmaster, again. He was a very important person in my musical development. People have picked up on the harmonies in Duran Duran and I learned it all from him. I’d like to do some choir-singing again.

Do you have a favourite Duran Duran song?

Talking about favourites can feel like a negative thing. It’s like, ‘tell me the best thing about yourself’ — that’s always going to change.

Let’s rephrase — what Duran Duran song are you today?

That’s a great way of looking at it. So I’d say Shadows On Your Side from Seven And The Ragged Tiger.

A running joke on Duran Duran night is you never getting to tell your Sham 69 story. Can I get an exclusive on that?

Ha ha, yes… I was at a Sham 69 gig at the Roxy club [in Soho] way back. The band came on and Jimmy Pursey shouted, ‘This one’s for all the little rich kid punks!’ and pointed straight at me. I’d come up from Pinner feeling really cool and I was thinking, ‘How the hell did he know about me?’ Looking back, I don’t think he was really pointing at me.

Boys On Film: A Night With Duran Duran starts with the documentary There’s Something You Should Know on BBC4 tonight at 9pm