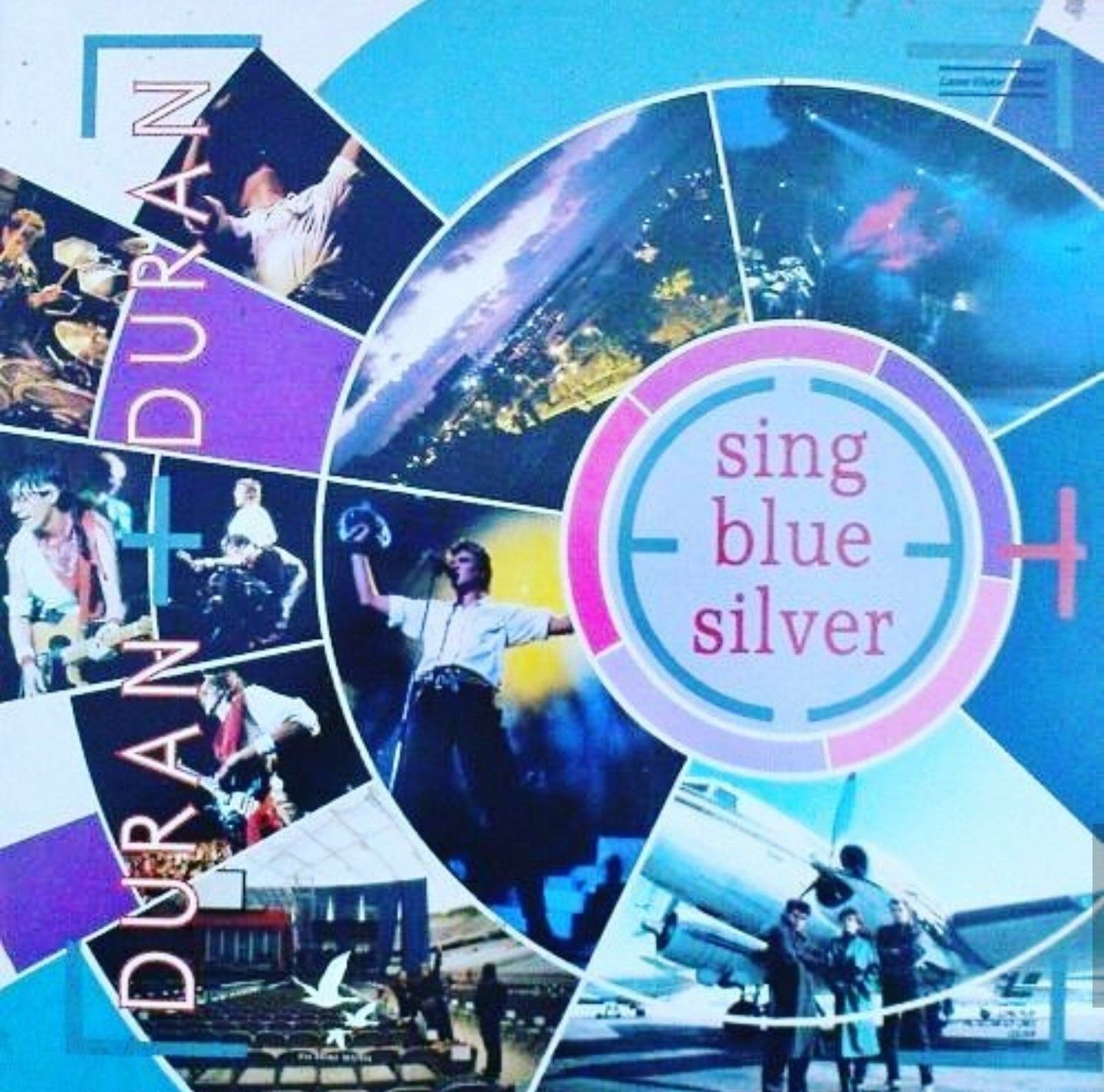 The SING BLUE SILVER tour to support SEVEN & THE RAGGED TIGER began in Canberra, Australia on November 12, 1983 and ran until April 17, 1984. This was Duran Duran's largest tour up to that point, stopping in over 60 cities in Australia, Japan, the UK, the United States and Canada. Many incredible items were produced in support, giving collectors tons of goodies that aren't too hard to find - for example VHS copies of the SING BLUE SILVER tour documentary. If you want to up your collectors' game, look for a Beta copy!

Prefer your collectibles even more esoteric? You can always hunt down a copy of SING BLUE SILVER on LaserDisc, released in Japan, the UK, the USA and Europe. This copy from Japan still has the OBI strip.

Or perhaps a format actually used in this millennium! SING BLUE SILVER was (re) issued worldwide as a deluxe DVD package in April 2004. The set featured a powder blue sueded clamshell box with a booklet and photo cards. A re-issue in 2009 featured the same DVD content, but no book, cards or box.

If you prefer the printed word, perhaps a tourbook is something to seek out. The Ragged Tiger tourbook was issued with only slight variants in each territory, naming the promoter of that leg of the tour in the inside front cover. Australia is the exception, where that page shows just the Duran Duran logo. In North America, the book had an insert showing the tour was sponsored by Coca-Cola, and in the UK, SONY TAPES. Finding a copy with the insert is difficult, a mint copy even harder, as the insert originally came folded into the gatefold cover, and removing and re-inserting it can crease the edges.

This promotional poster was made by UK tour sponsor SONY TAPES, and was available for free at the shows and select UK retail outlets.

Here's some of the many different passes from the tour. Each leg had a new set of passes with its own colours.

These badges were sold at every show on the SING BLUE SILVER tour. They came in a clear plastic holder with a Duran Duran logo card backing. Finding a set of these in mint condition today is difficult as so many fans took the badges out of the package and wore them.

One of the most ephemeral items that a collector might acquire is a plastic shopping bag given out with the show merchandise. These bags in nice condition are really rare, and sadly many would have been just tossed out.

Did you see a show on the SING BLUE SILVER tour? Did you purchase anything from the merchandise booth? Tell us about it on social media!