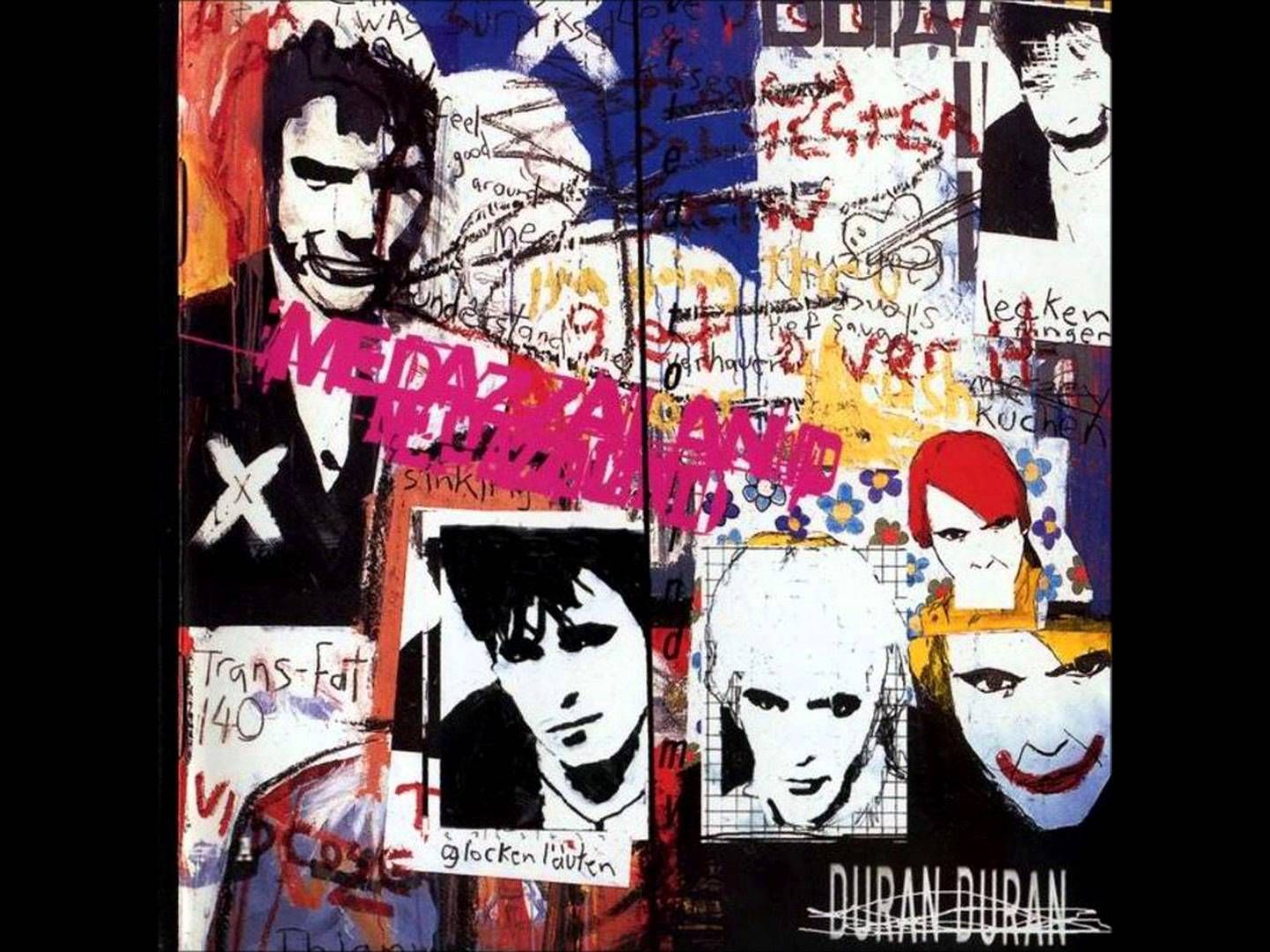 Duran Duran's 9th full length offering, MEDAZZALAND, was released on October 14th, 1997. For fans and collectors, this presented not only a new set of songs, but many wonderful promotional items and collectibles. For instance...

...This holographic foil poster was sent to stores in the USA and Canada by Capitol Records in advance of the album's release. It was also a sticker!

The first single off of MEDAZZALAND was "Electric Barbarella." Capitol Records sent out a series of promotional vinyl 12 inches to promote the various versions/remixes that had been commissioned of the track.

Sadly, MEDAZZALAND is the first Duran Duran album that did not have a vinyl release. However, there was a promotional jukebox seven inch single for ELECTRIC BARBARELLA sent out in the United States, which counts for something!

The label also sent out an advance copies of the album on CD...

In order to promote the release, the band went on the ULTRA CHROME, LATEX & STEEL TOUR, which began in November, 1997. As always, one of the standout items was the tour book. The book was photographed and art directed by Andrew Day, and featured lots of great photos, although buyer beware if you have a phobia of dentists!

Now here are some bits and bobs from the MEDAZZALAND era that Collectors will find interesting:

* Two posters for a show that took place on December 1st, 1997 at the State Palace Theatre in New Orleans, Louisiana. You can see these have colour variants, which is quite common for street level posters.

* Less than a week later, the band played a show on December 6th, 1997 at the Memorial Auditorium in Sacramento, California. An interesting thing to note about local tour posters is that they bear little relation to each other in terms of design. Gig posters are often designed by local artists who are commissioned independently by the promoters for each show.

* An invitation for a fashion show / reception in Toronto, ON on November 17th, 1997 that was staged for fans after the show in Toronto was postponed for a month.

* In March 1997, the band had a song, "Out of my Mind," on the soundtrack of the film THE SAINT. This is notable as it marks the first Duran Duran song that was not on EMI/Capitol or one of its sub-labels; Virgin, the label that released the soundtrack, made a few promotional items for the release.

Do you have an interesting collectible or story from the MEDAZZALAND era? We would love for you to share your photos and stories with us on social!