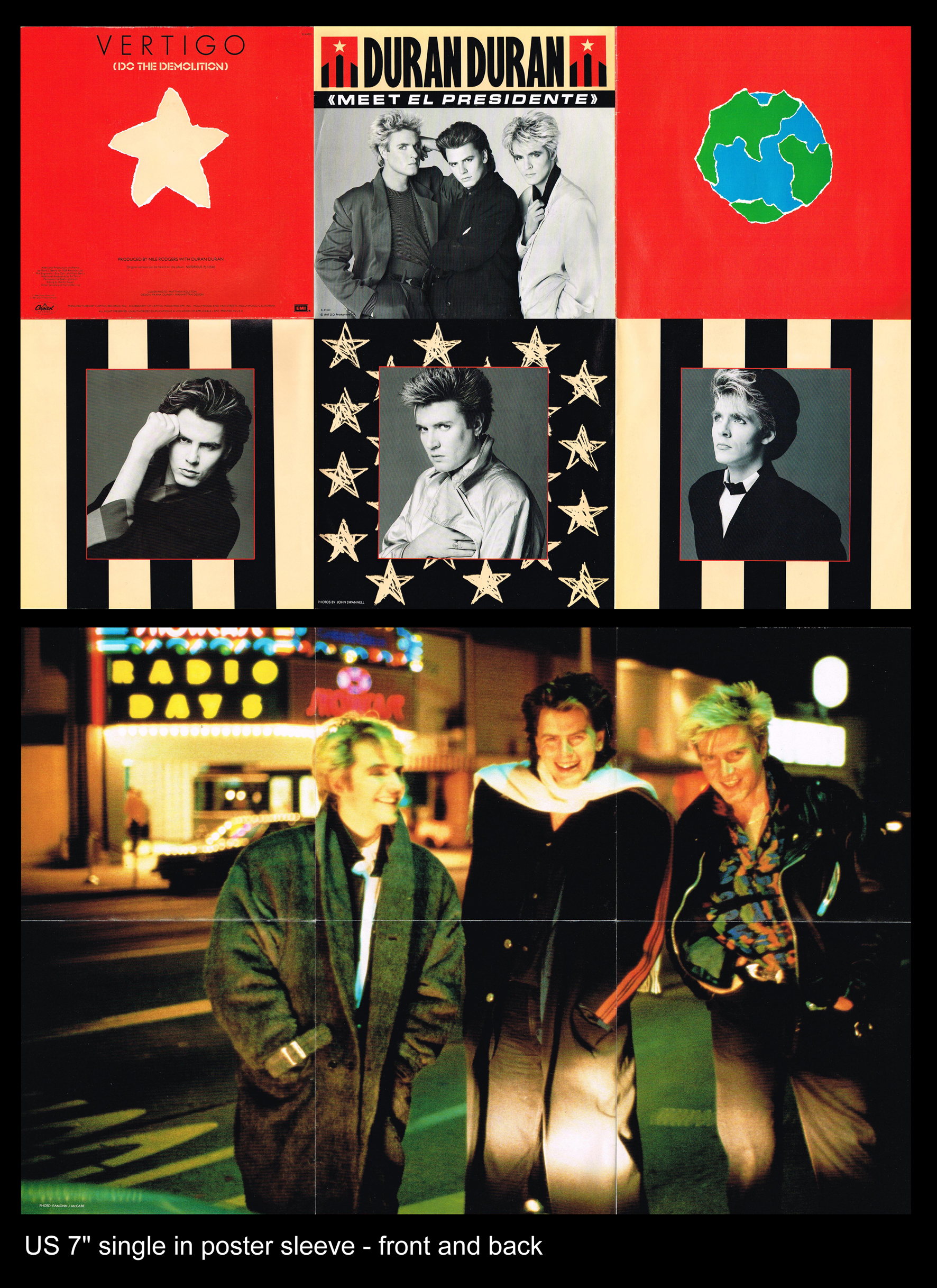 Put a stripe in the Union and a star in the Jack!

It is Spring 1987 when Duran Duran release their 16th single, and the third from the NOTORIOUS album, “Meet El Presidente” backed by the album track “Vertigo (Do the Demolition).” Larry Levan produced three mixes, a single version, a 7-minute extended version and a dub mix called ‘Meet El Beat.’

“Meet El Presidente” was the first Duran Duran single to be released in the UK in the new format of CD-single. Housed in a gatefold sleeve it was presented as “The Presidential Suite.”

Capitol in the USA and EMI in the UK made some nice promotional material for this release. Along with the previous singles from the album, “Notorious” and “Skin Trade,” a coloured 7” was pressed in the USA. Whereas the previous promo 7”s were clear and red translucent, the promo 7” for “Meet El Presidente” is spotless white with the single remix featured on both sides. Unlike the first two singles, Capitol also released a promo 7” on regular black vinyl.

Promo 12"s in the UK and USA contained the three remix versions of “Meet El Presidente” and two extended versions of “Skin Trade”: the ‘Parisian Mix’ and the ‘S.O.S. Dub’, both unreleased at that time.

Of course, a commercial 7” was released as well all over the world. In the USA the commercial single came in either a company or regular picture paper sleeve or in a beautiful poster sleeve. Once again, it seems that the regular paper sleeve is more difficult to track down than the poster sleeve. This is likely because more people bought them and they never printed up more after the initial run.

Let us know which version of “Meet El Presidente” you like best! Is it the remix, the album track or perhaps the live version from the Strange Behaviour World Tour? Tell us on Facebook!